Posted at 20:52h in Career & Purpose, Entrepreneurship, Life on Your Terms Interviews, Productivity by Scott

The best time to plant a tree was 20 years ago. The second best time is right now. ~Chinese Proverb

I spent a few weeks fly fishing through Patagonia with my father in February. For a week of my adventure I stayed in a small fishing lodge deep in the Chilean bush. And by deep, I mean deep.

I flew into Santiago in a big plane, then flew into Puerto Montt in a smaller plane, then flew into an airstrip along side a lake in a 12-person prop plane (the kind that has a per-passenger weight limit). There we were greeted by two guys in an off-road van who drove us another three hours into the wilderness on a dirt road. That’s where our lodge was.

The place was gorgeous. Everything perfect. So much so, you would forget you were 30 hours out of your comfort zone and probably at leaset a day from a hospital. There wasn’t a thing out of place.

On our drive out I asked Marcel, the owner, how he got into the business. Twelve years ago he left Holland to spend a year fly fishing around the world with nothing but a backpack, his wife and a fly rod (what else does a guy need??). As soon as he got to Chile he knew it was his next home. He spent four more months fishing every river, stream, lake and tributary within 100km until he found exactly where he wanted his lodge.

“But how’d you have a clue what was involved before you started” I asked as our van flew around a bend in a cloud of dust.

He giggled as he handed back some trail mix, “I didn’t,” he replied. “If I would have known what was involved, I never would have started in the first place. Do you have any idea how hard it is to build a full-service lodge with five-star food, with running hot water, 12 hours into the Chilean wilderness? I certainly didn’t. And I’m glad I didn’t.”

“I just decided to start small. Then came the rest,” he added.

Everything begins with the smallest start and the right reason.

I hear from people everyday who say “I’d like to travel here or start this or try that, but…”

There are a million and one reasons not to do something. There always will be. If you look for one, you’ll no doubt find it.

But one good reason can beat down a thousand bad ones in an instant. All you need is one – one that matters more to you than anything.

All you have to have is enough of a dream, a vision, a belief, so that you have the courage to take that first tiny step. Every step after that is easier. People start to get behind you. Things start to work and suddenly you’re rolling.

But you have to start!

I cannot express this enough. As important as it is to think big, nothing happens until you think small.

I don’t care who you are or what you’re planning to do. Every beginning is a humble one.

Don’t over think it and don’t make the mistake of thinking the successful folks around you didn’t start from the same place. They did.

Starting is really the easiest part.

The first step always seems like the worst. It involves the most fear, the most unknown and the most energy. That’s why most people never take it.

But even though we build it up in our head to the size of an obese elephant, the actual first step, from a physical effort perspective, is probably the easiest part of the process. It might only take five or ten minutes to write the first email or have the first meeting.

Put enough of those together and all of a sudden the smallest of beginnings turns into something meaningful. That’s how a paragraph turns into the next best-seller. How a slab of concrete turns into a home. How a step turns into a marathon.

Just this weekend I started work on my first book. On Saturday morning I sat down to a completely blank page. Do you have any idea how daunting that was? But thanks to a good friend’s advice, I started with a few lines. Took a break. Then added a few more. By the end of the weekend I had over 60 pages.

Nothing happens until you start.

Every beginning needs momentum! Start as absolutely small as possible. Instead of searching for reasons to wait, make it too easy not to begin.

1. Make a tiny list of tiny things. Think as small as possible. Look something up. Ask someone a question. Anything.

2. Talk to someone who’s done it. Find a model. It helps tremendously to see a similar path before you walk yours.

3. Read something about it. Find a blog post, news article or book chapter about someone who’s done it. Get the juices flowing.

4. Make it fun. Look at office space, throw around name ideas, or grab a bottle of wine and sit down with your husband or wife and check out other websites in the space.

5. Write about it. Expanding on a new invigorating idea is a ton of fun. Write a sentence. Then maybe another. Write for at least 10 minutes, but you don’t have to stop there. I keep an ongoing idea list in my journal – I love adding to it and makes for a great conversation piece at parties.

7. List out your reasons why it’s so important to you. What amazing things could happen if you do it? What will you miss out on if you don’t? Use the free Goal Setting or Find Your Why workbooks if you need to.

8. Find your support. A stiff dose of courage and accountability makes for strong beginnings. Think of 2-3 people who will stand behind your idea. Buy them coffee and divulge your plan.

9. Send a note to your boss (warning: this one’s extreme). How long does it take to write a two word email that says “I quit”? You might want to word it a little better but you get the idea. Or even better, if you have a good relationship (and you think your boss will be supportive), talk to them about your plan.

10. Help someone. If you plan to offer a service (like teaching, coaching, consulting or web design) then start offering it to those close to you. Find someone in need of something you’re good at. Start helping. Giver’s high is amazing.

11. Put a price on it. You’ll never get paid if you don’t ask for money. If you’ve already been helping people then at some point you gotta put a price on your goods. You’re worth something to someone, I guarantee it. It only takes an instant to change your price from $0 to something. Getting money for things you’re good at motivates. Simple as that.

There is never a good time.

And if you’re waiting for the right time to do one of the above, I suggest you stop. It won’t come. There’s never a good time to do any of the important things in life. I don’t care if you’re starting a business, having a baby, moving to a new town or trying to lose 100 lbs. Stop waiting. The right time won’t come. You have to start by starting.

Then again you could always do it later. But when was the last time that happened? 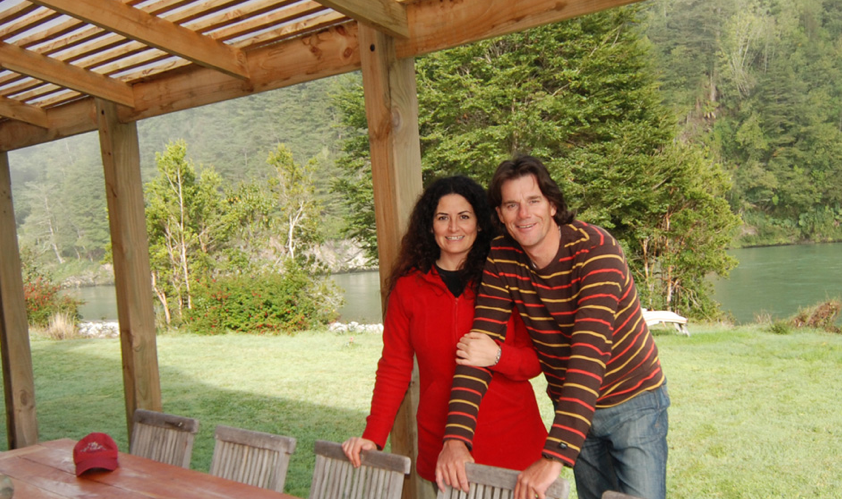 What have you been putting off?

What do you want to do but don’t know where to start?

Are you going to look back in five or ten years with 20 times more excuses and say you wish you would have started this or tried that? I hope not. And if you’re looking back now on a regret from years past, the good news is it’s never too late.

Ray Krok started McDonalds at 52 (I hope you do something more constructive and healthy than start a McDonalds, but most importantly do something).

There are no real excuses. Especially when you’re starting small.

Find Your Purpose, Live Your Legend.

One night I was out near the river reading The Alchemist. Marcel looked over and excitedly told me how powerful the book was. “I’ve read it four times” he nearly shouted.

I smiled. This was my fifth. I had to laugh but I can’t say I was so surprised.

After all, The Alchemist is a story of pursuing one’s Personal Legend. Your destiny. Your purpose as best as one can know it. What wakes you up excited and keeps you up at night. Marcel lives his legend everyday.

He should be the rule, not the exception.

Marcel and his wife Carolina have 4 cats, a kitten, a dog, a puppy, Lupina their baby lamb, about 8 pigs and an adorable two-year-old daughter, Elena. Everything they eat is local and organic and in season, grass fed. There is no other choice.

When the winter gets too cold for good fishing, they latch up the lodge and travel the world for a few months and spend the summer with family in Holland. Their lodge, The Patagonian BaseCamp, is now known worldwide. It started with a guy with a fishing pole wandering around the woods in Chile.

Now thousands would kill to have what he’s built. The problem is they were not willing to do something he was…Begin.

If you can start, I assure you, you can finish.

Each step makes you more committed to the last. You will find more and more reasons to make it epic as you go.

It all stats with starting.

Don’t intimidate yourself by the image of people living their dreams. Don’t focus on the huge gap you might have to cross to get to where they are. They had to cross it too. But they didn’t cross it in one day. It likely took a thousand little acts. Any one of which seemed insignificant at the time.

A journey of a thousand miles still begins with a single step. Nothing’s changed.

Don’t worry about not knowing about the future. No one does anyway.

If you don’t start, how can you ever finish?

“Making a decision is only the beginning of things. When someone makes a decision, he is really diving into a strong current that will carry him to places he had never dreamed of when he first made the decision.”

What can you do this week (or right now) to get you at least slightly closer to a dream? Share at least one sentence in the comments below. Let that be the beginning. We’ll hold you to it!

If you liked this, please share it using the links below. It might be all someone needs. Thanks!

Big thanks to Corbett Barr and Adam Baker for the title inspiration!