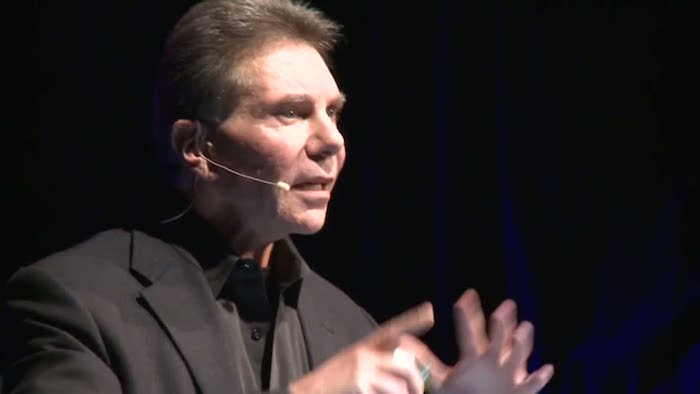 How To Ethically Influence Behavior

A few days ago I got the chance to interview Robert Cialdini, best-selling author of Influence: The Psychology of Persuasion and Yes! 50 Scientifically Proven Ways to Be Persuasive. Dr. Cialdini’s work has done wonders for my interactions both personally and professionally. The tools he covers have so much potential. I hope you take away even half of what I did from his material. It will change you. Here are the questions we covered.

1. How can influence most usefully be applied to a professional or personal relationship to ensure a closer bond between two people?

2. What have you found to be the most effective influence technique over the course of your lifetime of practical application?

3. Some people feel that influence is about manipulating others into doing what they do not want to do. Given how much of an emphasis you put on ethics, how does your approach to influence differ from other camps?

4. If a reader would like to continue their influence education, and has read your books, what resources do you recommend?

1. How can influence most usefully be applied to a professional or personal relationship to ensure a closer bond between two people?

Well I think from my perspective, it involves ethically employing one of the six principles that studies have shown cause people to comply when included in a request or proposal. These increase the likelihood of the other side giving consent. That is, if we employ them ethically—only in ways that give the other side good information. Then we will improve and deepen the relationship with them. The six principles are:

When it comes to an intimate setting or relationship, the principle that makes the most sense is often reciprocity. Be the first to give. Inside a relationship, reciprocity spurs the other person to give back and see things in a less self-oriented way.

If they have just received some concession or valuable attribute of the relationship, it’s important for them to return the favor. For example, with a relationship at work, giving them a positive attitude causes them to give a positive attitude in return. If you smile at someone, what happens? They smile back. If you don’t smile at them then they don’t either. Something as simple as a smile can be all the reciprocity that’s necessary.

2. What have you found to be the most effective influence technique over the course of your lifetime of practical application?

It always depends on which situation you are in. If there is genuine scarcity then you use that. You should use whichever principle genuinely already exists and call attention to it. Align with it. I know a marketing professor in Florida. He spent 16 years of his life trying to find the single most effective sales tactic. One day he came up to me and said “Bob I’ve found it. The single best sales tactic is to have no single sales tactic.”

You adjust to the situation or the circumstances you are confronting. Use the things that are already there. You don’t have to create or fabricate anything. You just align yourself with the power of them. In martial arts it’s possible for someone whose physical strength is substantially inferior, to defeat a larger opponent by aligning with momentum, gravity or inertia to borrow their power and win the day. The same applies to social settings. All you have to do is locate them, align with them, get into the flow of their energy and they will align and flow in your favor.

3. Some people feel that influence is about manipulating others into doing what they do not want to do. Given how much of an emphasis you put on ethics, how does your approach to influence differ from other camps?

They key is the lesson we just discussed. Not to fabricate or create one or another of these principles out of thin air. Instead, locate where it always exists and bring attention to it. Authority is often abused in this way. People claim they have knowledge, expertise and know-how so they can get the sale or get the other side to comply. Your relationship or company will suffer as a result of this. The authentic approach is to identify your true expertise. Bring it to the surface. Make it genuine and believable.

Have you ever been cheated? Will you ever go back to that person? No chance. That’s the legacy of a short-term persuader. They achieve short-term success at the expense of long-term disaster. Even if the persuader never expects to deal with you again, we now have a system like never before for spreading their reputation. Whether it’s through the Internet, social media or our networks—the reputation of the cheater is trashed in a much more honest way.

4. If a reader would like to continue their influence education, and has read your books, what resources do you recommend?

There are a number of options. We have a training program that is two days here in Arizona, where people can come and get intensive exposure to the six principles. It is the Principles of Persuasion program. We also offer CD’s and other materials. I wrote a subsequent book called YES! 50 Scientifically Proven Ways to Be Persuasive. We have a website called InfluenceAtWork.com. We have a monthly newsletter and blog with over 20,000 subscribers where we post on topics regarding new scientific findings on persuasion to move people in their desired directions.

5. Will you be at the Berkshire Hathaway meeting in Omaha again this year?

Yes, we intend to be. We very much enjoy that weekend.

Hope you all enjoyed hearing from the master!

Buy Influence: The Psychology of Persuasion at Amazon