Ask the Reader: What Would you Accomplish if the People Around you Refused to Let you Fail? 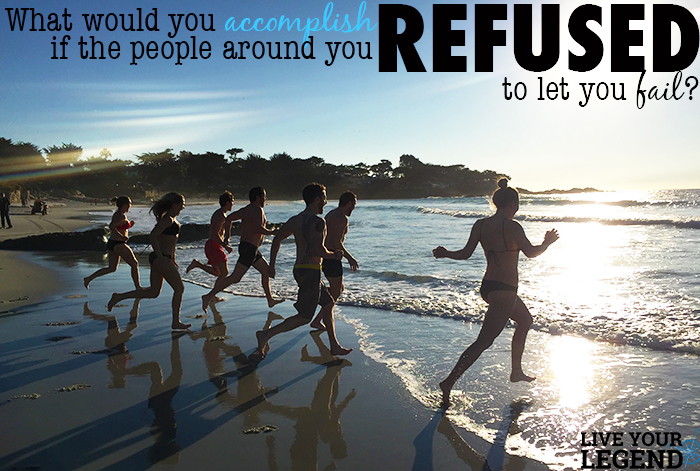 13 Jan Ask the Reader: What Would you Accomplish if the People Around you Refused to Let you Fail?

Posted at 10:43h in Ask the Reader by Chelsea Dinsmore

Over the past few months, many thousands of you have joined Live Your Legend. So if you’re brand new to the community, we want to extend you a very warm welcome to the LYL family – it’s an honor to have you here!

And what’s even more exciting about your decision to join us (regardless of whether that was very recently or many moons ago) is that we know first-hand the power of surrounding yourself with the right people.

Have you ever had people in your life tell you you’re crazy for even trying to live differently and with meaning? Have you ever tried to make your impact or find your passion alone?

Life is most certainly not meant to be done alone, it’s meant to be done with others because not only is it a hell of a lot more fun and fulfilling, it means you can start to accomplish things previously out of reach.

Why? Because when you are surrounded with the right people who refuse to let you fail, who dust you off when you fall down, who believe in you no matter what, and who celebrate with you when you have a win, you truly can create unthinkable magic.

Last week, we had two big things happen that are wonderful examples of exactly what we are talking about when it comes to the influence of your surroundings. They left me bursting with pride and amazement!

The second was that Live Your Legend was listed as one of the Top 100 (#28) Personal Development Websites of 2016.

Upon receiving this news I was filled with pride. As I look at what Scott created here at Live Your Legend and how it’s continuing to reach people, I am once again reminded of why it is so important to live life fully and leave your unique mark on the world. Scott’s legend is able to live on (and grow!) beyond his physical presence. I see tremendous beauty and inspiration in that – and feel overwhelmed with admiration for the man he was.

But I’m also in complete awe as I look at the names of people Scott and Live Your Legend is listed alongside, such as Tim Ferriss, Leo Babauta and Marie Forleo. While I have been here for the entire Live Your Legend journey, seeing it in print is sometimes still hard to believe…

So when I received the news last week of these two accomplishments, I took a moment to stop and think… How did this happen? How did Scott’s name end up alongside the people he once thought were ‘above’ him?

Of course, there are many contributing factors towards these two achievements, like Scott’s:

So while it isn’t purely coincidence or luck that Scott’s name ended up alongside the people he once saw as the experts, there is one thing in particular that catapulted Scott and Live Your Legend forward more than any other mindset, hard work or strategy used… the people he chose to surrounded himself with!

Your Surroundings Determine Your Success

And as many of you know, Live Your Legend was stagnant for the first 4 years. I am proud to say I was the first subscriber, 🙂 but it was literally me and a handful of others for a very long 4 years.

You see when your surroundings change, your possibilities also change. This is true for better or for worse…

Either way, there is absolutely no doubt you will become who you are surrounded by, so you might want to choose wisely!

The Magic of LYL Lives in You!

“There is only one thing that makes a dream impossible to achieve: the fear of failure.” ― Paulo Coelho, The Alchemist

We have story after story of people who’ve made massive changes once they found the people who refused to let them fail. And that is what is so incredible about this community – that you already have a group of people here that can be the ones who lift you up, support you and carry you along your journey to finding and doing work you love. You are what separates LYL from so many other sites on the web. You are the family, the movement, and the revolution.

While blogs are traditionally one-way streets, the real power in having over 175,000 Living Legends from every country in the world here is the brilliance and magic you all have to share with each other (and us!).

And that’s why today, as we kick off 2016 as a strong collective here to support one another, we’d love to hear your answer to the question:

What would you accomplish if the people around you refused to let you fail?

And we mean seriously refused. The moment that you started self-doubting, the moment you wanted to give up, the moment you thought you weren’t enough… Imagine if those were no longer options! What could you accomplish if failure was simply not an option?

The world is your oyster so have fun, dream big and be specific! What would you create if failure was absolutely not an option?

Make the Impossible the New Normal

There is no denying that every successful person (no matter how you define it), has a powerful team of passionate supporters in their corner. And we have proof behind it! 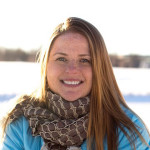 Lorena Knapp from Anchorage, Alaska went from thinking she wasn’t ‘cool enough’ to contribute to those she considered ‘out of her league’, to finding a mastermind group here at LYL, being encouraged by her teammates to join as a volunteer at her local TEDx, to then realizing she actually did have incredible value to offer the world! She shifted her mindset from TEDx volunteer to TEDx speaker. Not long after she was on stage delivering her TEDx talk ‘Get Uncomfortable’ which earned a standing ovation and continues to inspire those around the world to stop waiting for “someday”. Knowing the incredible power of a team that won’t let you fail, when Lorena’s not out flying with her day job as a medevac pilot, she helps others start their side-gigs, play bigger, and achieve their dreams as an accountability coach. 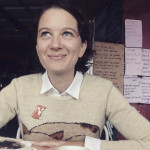 Stacey M Brown from Sydney, Australia went from having few people in her life who understood her desire to have a unique impact in the world, to finding like-minded souls both in Sydney at her local LYL Meetup (she actually attended the first ever LYL Local Meetup which was in Sydney in 2013!) as well as online, who encouraged and supported her to embrace her quirkiness and launch her Style and Confidence Coaching Business Fox Park last year. 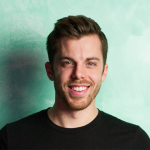 Bryce Eldridge from Chillicothe, OH went from having no-one around him to share his challenges or to keep him accountable to his goals (and feeling limited by his physical location) to going after every business lead he could, re-launching his passion business multiple times and now doing what he loves – helping people in their 20s and 30s live their best life and love their relationships. And his main accelerator for success? Joining a community of like-minded people, getting an intensive coach on board, and having daily accountability goals to reach.

And that’s exactly why so much of our focus at Live Your Legend comes back to environment. Because when you change your surroundings, you change what’s possible!

It’s also why we created Live Your Legend Local, our Action & Accountability Group and the Connect With Anyone course and interactive community (which we’ll be opening again soon!), so that you have an easy outlet to find those people. Because as Scott always said, the best career and connection tools on the planet are useless if the people around you tell you that you are stupid for using them…

We are here at LYL for one reason: to remind you, encourage you and support you in your effort to make the world a better place by finding and doing the work that you love. We share a lot of stories, tips, tools and advice on the subject but we also know that in order for any real change to happen, you have to commit to that change.

And that’s why we’re asking you this question today. Because through this community you have access to the dreamers, the achievers, the world changers! And by announcing your intentions, your dreams or your goals, you are actively taking the first step to creating that change.

When an idea lives only in your head, it is inaccessible to anyone but you. However, when you put your desires out into the world in a tangible form, you become accountable and you open yourself to opportunity for that dream to actually become a reality!

So don’t let the fear of failure hold you back… let us know in the comments below:

What would you accomplish if the people around you refused to let you fail?

We can’t wait to hear what’s possible for you!

– Chelsea Dinsmore and the LYL Team