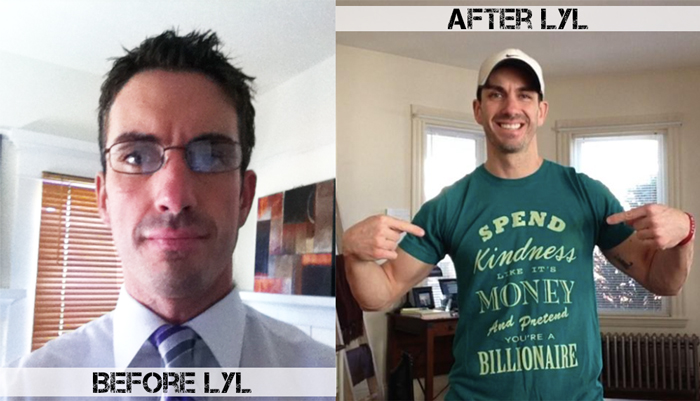 Posted at 10:00h in Career & Purpose, Entrepreneurship, Life on Your Terms Interviews, testimonial by Live Your Legend Team

Imagine you’re eight years old and your third grade teacher tells you, “You won’t amount to much in life. Academically you are simply not a good student. It’s probably best you stick to sports.”

How do you think that would affect you as a young child?

Maybe you have had someone in your life like that, who told you to dream smaller, who said you weren’t good enough, or perhaps that you simply would never be good at a particular thing: whether that was academia, sports, speaking, creativity, spelling, math, drama or any other skill.

As little children we lack the self-awareness to separate ourselves from the stories we get told and we unknowingly accept them as truth. And sadly these same stories can have long-lasting impacts well into adulthood.

That was certainly the case for Live Your Legend community member, Mike Goncalves.

This week get ready to be fired up, pumped up and inspired beyond belief by Mike’s transformation and learn how he overcame this debilitating story of being labelled ‘below average’ to today believing he can take on any challenge thrown his way.

But before we dive into our incredibly conversation, first a little bit more about Mike…

His journey spans thirty years from having almost zero confidence in himself in his younger years, to today running his own wellness coaching business, hosting fit camps across the United States, and transitioning from office-based to location independent at his day job in sales – which brings him the kind of choice and freedom most dream about!

He’s also a runner, marathoner, ultra marathoner, men’s physique competitor, Fit Camp leader, Live Your Legend Local Host, Connect With Anyone Graduate, and easily one of the most inspired people we know!

But it certainly wasn’t always this way…

Mike spent four years working a 9-5 sales job that sucked the life out of him. He spent most of his time either fantasizing about all he wanted to do and create or reading about others who were already doing it and learning what they suggested to get started.

But that was the extent of his progress. He would read, read, read and do nothing about it. He would work his full-time job all day, come home, read more, go to bed, wake up, and do it all over again the next day.

Everyone I knew was working a 9-5 job for corporate America and had no desire to explore doing work that they loved and mattered to them. I had no one to turn to for guidance, for help and support. No one to ask questions of and I felt a bit odd around others, like I didn’t belong. Because while everyone was talking about their jobs, family, and what they did over the weekend, I was thinking about what and how I could create what I wanted – stuff that mattered to me and had nothing to do with my 9-5 job!

I remember the exact date I came across LYL and signed up to be a part of the community. It was October 12, 2012. I know this because I never used to sign up for newsletters and mailing lists. I always thought they were a bit of a scam, didn’t provide any real value and were just a way to get my email address. After reading just a few blog posts on LYL, I knew this was a special community that I had to be a part of. I didn’t think twice about signing up!”

Mike then started to realize he wanted to create an online community of his own, an online business, and something where he could help people feel and live their best regardless of where they lived. But he had zero idea what that looked like, where to begin, who to ask for help, or if it was even possible!

Mike decided to take his first LYL course, How to Connect with Anyone, and joined one of the mastermind groups where he got access to group coaching. It was during this course that everything changed for him. He finally realized he did have what it took to make a move forward and go for what he wanted, that he was good enough, smart enough and so much better than he ever gave himself credit for!

It was during this experience that Mike developed what he calls a ‘winning mindset’ and where he connected powerfully with people like Chris Brogan, Sean Ogle, Chris Guillebeau, John Lee Dumas, Keith Ferrazzi, and many others. But most of all, it was where he started to build back up his confidence that was so badly crushed during his important formative years as an eight year old boy.

Join us in this highly charged interview with Mike as we get very real about what it took for him to make his impact on the world and finally live his legend.

He surrounded himself with like-minded and positive people who could help him along his journey and took lots of imperfect action to boost his confidence! Just like Alyssa, Matias, Ben and Ellen did. And so many more of you who have transformed your ‘stories’ into successes!

Here are some highlights in Mike’s own words, describing his incredible journey over the past few years…

I was working as a salesperson and had just moved to a new city. Not only did I realize pretty fast that the job sucked the life out of me and that I wanted out, but it was made more challenging because I didn’t know anyone else who was looking to do and create what I was looking to do and create. I had no one to turn to for guidance and advice which further increased my frustration.

Back then, a typical day for Mike included:

I can still remember going to bed countless nights lying awake thinking to myself, “There’s got to be a better way!” I just didn’t know what that way was – I had no idea of what it might look like. I was afraid to make a move, afraid of doing the wrong thing, of failing, and of what others might think of me for even trying!

Plus I never actually thought that I had what it took to create the business and life I wanted for myself. I just thought I was average and no different than anyone else who wants these things and that’s as far as I was going to get. It wasn’t until I took the Connect With Anyone course and had a coaching call with Leah that I had an ‘aha’ moment that changed my mindset and direction of my life ever since.

On our call, she asked me how I felt I was doing in the course compared to everyone else and of course I answered with what I believed: “I’m about average – on par with everyone else.” It was at this point that Leah, shocked by my response, pointed out all of the progress and successes I had accomplished and how I was much further ahead of just being average, like – big-time ahead!

I’ve always felt, even to this day, that all the content and messages from LYL are written specifically for me. I think it’s because of the real nature of the content. I felt like Scott knew exactly what I was feeling and going through, like he understood me and just ‘got it’.

Because of this and because of the huge trust I developed in Scott and all the community did and stood for, I felt like I could trust the suggestions, recommendations, and advice on what to do and how to move forward to begin doing more of the work I loved and couldn’t not do.

Bumps in the Road

I knew I was a passionate and positive person who wanted to help and make a difference but it was frustrating to have this feeling of wanting to do something I was excited about and believe in but having no idea where and how to begin! 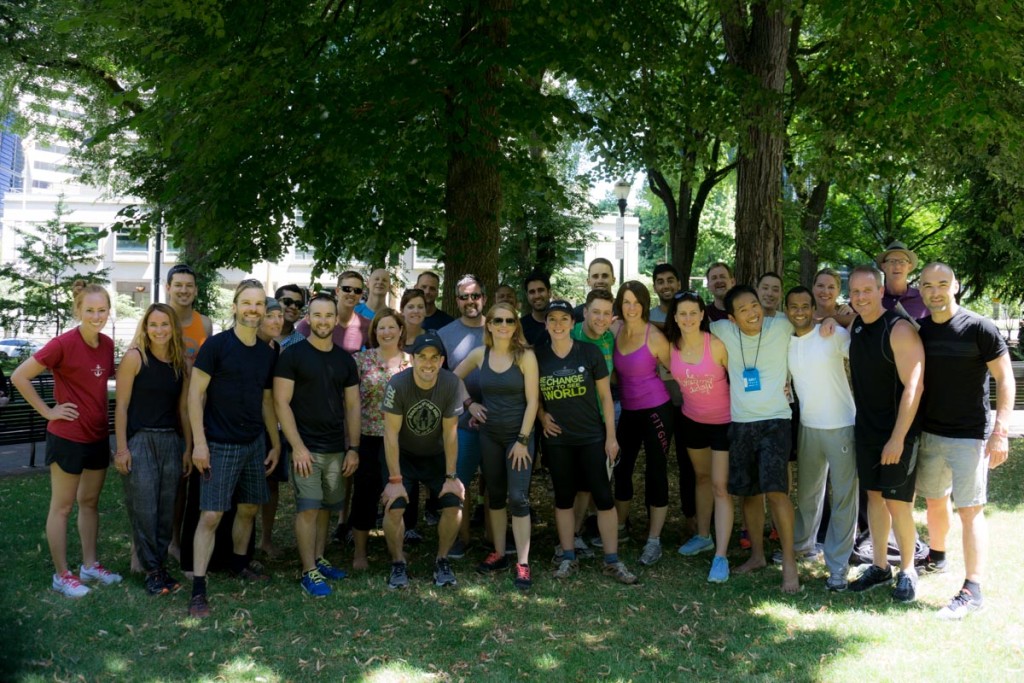 Because of LYL, I discovered other tools and resources as well as other people and communities doing what I wanted to do. People who thought like me, who also believed in doing work that mattered to them!

The tools that helped me the most were:

The full transition to creating my wellness business while continuing to juggle a full-time job took 1-2 years. 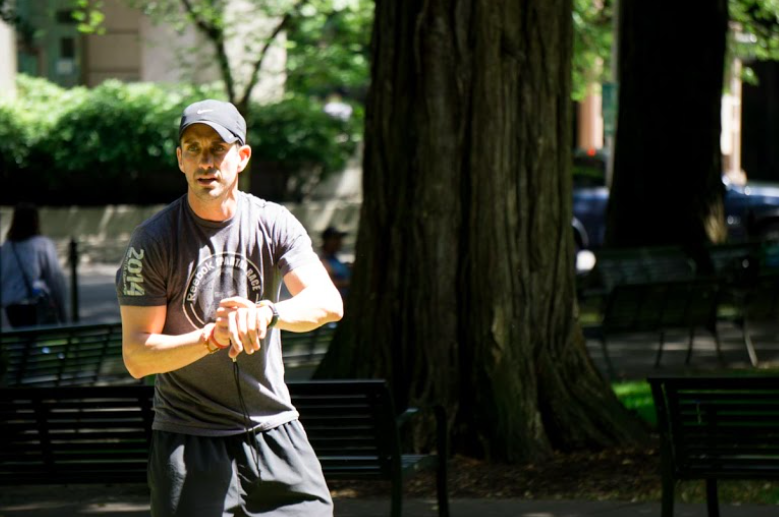 Now I absolutely LOVE getting up in the morning and am constantly filled with excitement thinking about all that I want to do and create in the world. Plus the new and different ways I can help make a positive difference in the lives of others doing what I love, work that truly does matter to me.

The only problem I have now is I don’t want to go to bed at night because I am too excited with all I am doing and creating that I seriously don’t want to stop, not even to sleep! 🙂 It’s a good problem to have…

I get emails daily from people either asking me for advice or thanking me for my work and sharing vivid and detailed stories of how their lives have changed because of either something I created or the work they’ve done with me via wellness coaching. There is seriously no greater feeling in the world for me than reading these emails! For me, it’s true happiness and fulfilment at its best.

A huge thanks to Mike for sharing his story and we can’t wait to hear from more of you out there making your unique imprint on the world!

Here’s to believing in yourself and lifting up those around you!

Connect with Mike and learn more here. You can also download Mike’s free 15 minute workout mentioned in the interview.

And for the comments… Mike is happy to answer your questions, so please post some good ones below!

-The Live Your Legend Team

P.S. We will be opening the doors to the How to Connect With Anyone course again in a few months! Make sure you join our waitlist to be the first to find out when the doors officially open!