07 Sep How to Lead a Revolution: 8 Underused Tactics to Build a Massively Loyal Following

"With the right audience, anything's possible."

A few nights ago I had the honor of attending a TEDx event in San Francisco. TED is hands down one of my favorite organizations. The things they've taught me are priceless. The theme of the night was Creating Your Own Government and the speakers blew my mind. More than anything, the biggest takeaway was simple:

We  all absolutely have to take it upon ourselves to lead our own revolution.

I don't care whether it's to get your favored candidate elected, to improve nutrition in schools or perhaps change the world by getting people to do work they love, like we're doing here at Live Your Legend. It doesn't matter what topic you choose. What does matter is that you choose something, anything - and start broadcasting your strongest beliefs. The tools have never been easier and cheaper to use. I promise you that if you start saying things that matter to you, there's going to be other folks around the world who care just as much. It's on us to build that community and lead that revolution. With that said, let's get into the action. **********

The Pursuit of 'Ridiculous' Dreams...

Just over ten years ago a young British chef in his mid twenties decided he was going to change the world. He had a powerful message he wanted to share. All he needed was someone to listen. He was crazy about revolutionizing the way kids learned about and consumed food. More specifically he wanted to remove all processed food from kids' plates - a pretty tall order. He'd stop at nothing to do it. Ten years ago no one had heard of Jamie Oliver. Today his YouTube videos alone have gotten millions of views, not to mention his multiple hit TV series and dozens of restaurant chains. In 2003 he was awarded the Order of the British Empire, and recently Jamie won the TED Prize as he told the world his dream to teach every child about food. That video alone has been watched over 1.4 million times. The thing is Jamie isn't much different than any of us. The only difference is simple: Jamie found his voice and stopped at nothing to spread it. He had a passion rooted so deep he nearly brings himself to tears each time to speaks. Everyone has a message to spread. The thing is, a lot of us don't know what it is yet and few of us have taken the steps to get the word out. It's time for that to change.
Read More

31 Aug The One Thing You MUST Do the Moment You Quit or Get Fired!

Posted at 06:00h in Career & Purpose, Entrepreneurship, Timeless by Scott

"I have learned, that if one advances confidently in the direction of his dreams, and endeavors to live the life he has imagined, he will meet with a success unexpected in common hours." -Henry David Thoreau I wrote a post about how to know when to quit... 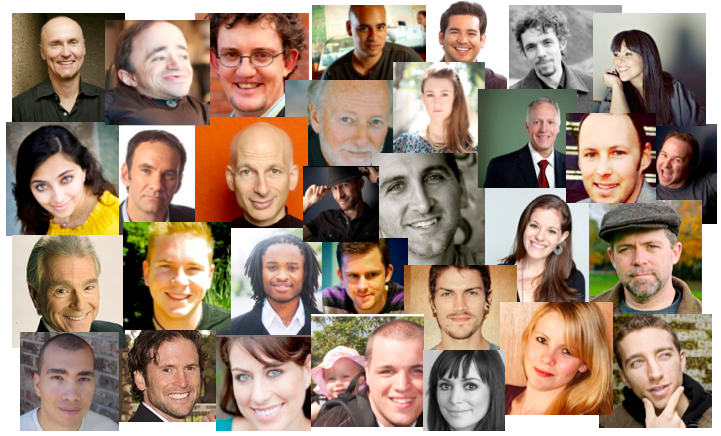 "No one ever got anywhere by themselves. Find your support and keep them close."

Who inspires you? Who pushes you to places you couldn't get on your own? It's time to start spending more time around them... Live Your Legend is dedicated to helping you find the work you love. To discover passion and spend your time doing what matters. To putting a dent in the world that only you are capable of making. This comes down to a simple formula:

If I'm not spending my time in one of those categories, I'm not living. I surround myself with passionate people everyday. They push my limits. They inspire me. They teach me the impossible is possible. We are not meant to go at it alone. I get to live my legend, work on passion and wake up excited because of what I've learned from those who've taken the world by the horns and done something with who they are. Recently I asked a handful of kick-ass entrepreneurs living their dreams (aka: Living Legends), one question:

What's one defining life experience or belief that's allowed you to find your passion and live on purpose?

The responses blew my mind - I hope they'll do the same for you. I'm grateful to say the below are all people I've met, spent time around or been in touch with in one way or another along the journey. Many of them have become good friends. Whether they know it or not, they've shed light on a path I could not have walked alone. They have built businesses and sold them, written bestsellers, lived and worked all over the world and most importantly helped people in a way only they could. And they did it all on their terms. They've created lives of meaning that, however big or small, are changing the world. And the best part, we are all capable of what they've done. You just have to want it badly enough. Doing work that matters is scary sh*t. One few decide to tackle. You are here because you think differently. We all do. We all have moments that change us. We all have times where fear and uncertainty stare us in the face. It's what we do at those moments that defines us. I have not gotten here alone nor will I go any further without the right people in my corner.

From the shoulders of giants, enter the Living Legends...

Posted at 00:04h in Career & Purpose, Entrepreneurship, Life on Your Terms Interviews by Scott

Written by Scott Dinsmore –  Follow me on Twitter. "Be impeccably you. Boldness means pushing. Innovation's messy. Enjoy it." -Danielle Laporte The last four days have been a bit of a blur. Chris Guillebeau hosted over 500 of the most inspiring web entrepreneurs, freedom fighters and road less travelers from...

Posted at 20:52h in Career & Purpose, Entrepreneurship, Life on Your Terms Interviews, Productivity by Scott

The best time to plant a tree was 20 years ago. The second best time is right now. ~Chinese Proverb On Building Dreams… I spent a few weeks fly fishing through Patagonia with my father in February. For a week of my adventure I stayed in a...

30 Mar Guarantee the World Will Buy Your Offer: A 5-Step Process

Posted at 00:24h in Entrepreneurship, Productivity by Scott

"Building without testing is like gambling--It's fun but will eventually make you broke." ~Anonymous In the past 10 years I've learned a process for getting things right (or getting them wrong really quickly)--whether it's a product, a career or a relationship. It's always been gold. Let's start with the...

"Don't use graduate school, or any other course of study, as a form of life avoidance. Pursue the course only if there's a good reason." ~Chris Guillebeau Important Note: This post is intentionally in depth. It's meant to be a resource you read, bookmark and come back to as...

21 Feb How to Become a Minimalist Business Ninja (and do work that matters): Interview with Everett Bogue

Posted at 19:00h in Entrepreneurship, Life on Your Terms Interviews, Simplicity by Scott

"Start by changing yourself, then inspire other people to change. Maybe, just maybe, we’ll manage to change the world in the process." ~Everett Bogue If you want to do the impossible, then surround yourselves with others who consistently do it. For this reason I'm constantly meeting entrepreneurs and folks living...

Posted at 19:00h in Entrepreneurship, Life on Your Terms Interviews, Productivity by Scott

Written by Scott Dinsmore –  Follow me on Twitter. [caption id="" align="aligncenter" width="530" caption=" "][/caption] “Life's real failure is when you do not realize how close you were to success when you gave up.” ~Anonymous If you don't feel like reading much today I'll give you the easy three word answer. If...

25 Jan On Modeling the Impossible and How to Do Anything

Posted at 10:30h in Career & Purpose, Entrepreneurship, Productivity by Scott

[caption id="attachment_2745" align="alignleft" width="288"] Ultra Runner Brian Mackenzie[/caption] "If I have seen further it is by standing on the shoulders of giants." ~ Sir Isaac Newton Yesterday I spent the day learning ultra endurance running techniques from Brian Mackenzie at the Crossfit gym in San Francisco. He is...