People Change Everything. I spend a tremendous amount of time thinking about relationships. I believe there is no more powerful tool for career change, doing work you love or making an impact on the world than the people you surround yourself with. I call it brainwashing the... 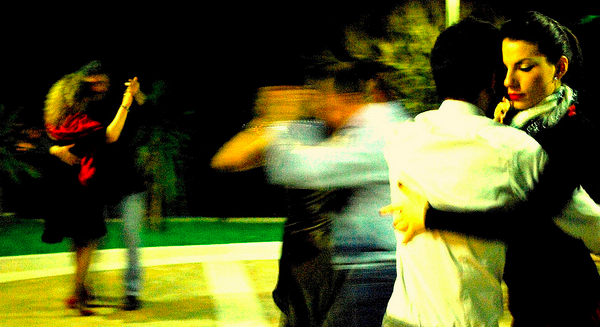 "Our rejections make us who we are." - Jia Jiang

I pretty much always have. I get more things wrong than I get right. I try things and they blow up. I think I have something figured out only to realize I'm further behind than when I started. I've learned how to help people, but I do not have all the answers. In fact sometimes I wonder if I have any at all. I get reminded of this daily. So now that I have that off my chest, how about you? You ever been there? Most the world sees rejection as something to be avoided. But this past weekend at World Domination Summit, Jia Jiang gave me a different look at things. After investors turned down his startup, he decided he'd turn rejection on its head. He went on a quest to get turned down once a day for 100 days. He proceeded to ask people for things that seemed to guarantee a "no" (or slammed doors or slaps in the face). He called it Rejection Therapy. He asked a police man if he could drive his cruiser. He asked a pilot if he could fly his private plane. With ball in hand, he knocked on a random neighbor's door to ask a man if he could play soccer in his backyard (while dressed head to toe in his favorite team's uniform). He even asked a donut shop to make him a custom treat in the shape of the olympic rings. Anything was fair game.
Read More

Growing A Community Around Your Own Cause...

We've been talking a lot about the power of community in the past few weeks - both our community at Live Your Legend as well as the fundamental importance of the people in your own town. To take that a step further, today I want to give some very specific tools for growing your own online community around a cause you believe in. And it comes in the form of a special treat for you all - an insider's look into the workings of LYL. Whether you're currently building a career around your passions and the impact you want to make, or you're working towards getting there, building an online community is a huge part of making it possible. After all, nothing at LYL would exist without you all. So to teach us all a few things, I want to introduce you to my friend Derek Halpern. His site, Social Triggers, is dedicated to helping entrepreneurs use proven psychological principles to grow their business and communities. And he's damn good at it. In under two years he grew Social Triggers from 0 followers to a community of over 100,000 fans.
Read More

05 Mar The Passion Trap: Why Your Hobby Will Likely Never Make a Dime (& the simple solution)

Posted at 05:00h in Career & Purpose, Influence & Negotiating by Scott 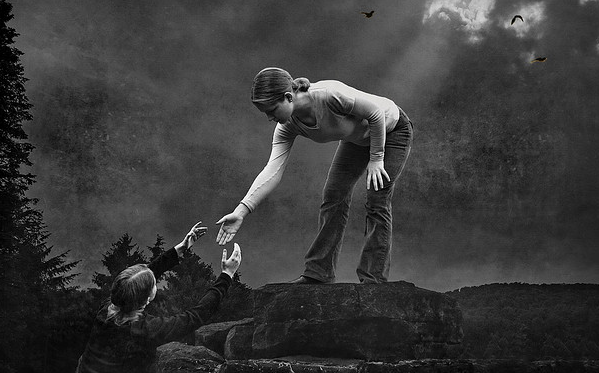 How to Fail at Helping People...

For every crazy hobby and passion in the world, I've seen an example of someone who's absolutely crushed it. Everything from knitting to gardening to dancing to fishing. What's possible just blows my mind. But the sad fact is that these people are still very much the exception, not the rule. But they don't have to be. Most passions and hobbies don't make a dime, and among the ones that do, few make enough to cover more than a nice meal out each month. But why is this? What separates the millions who love playing chess on the weekends from the few who have become highly sought after and highly paid chess teachers and coaches? What separates those who save their vacation days to take a two-week trip each year from those who've turned their passion for travel into a way to fund their lifestyle? There is one thing that separates a hobby or passion from a business or career. And it's dead simple...
Read More

"Find what makes others successful. Follow closely. Watch what happens." ~Unknown Entrepreneur ***** Today's the third (and final) part to our "Building Your Thriving Online Audience" series, so we're going to talk about the things you absolutely must do if you're serious about building a following online. Because, as...

"The difference between who you are now and who you are five years from now, comes down to the people you meet and the books you read."

The Link Between Reading and Success

It's no secret that when I get into things I tend to obsess. In the past few years I've read hundreds of books. No joke - I keep track of every title during my weekly planning process. I owe much of who I am to the things I've read. Just about the only benefit of my absolutely miserable first (and only) 'job' after moving back from Spain was that I had a 45-minute train commute every morning and night. That travel time became sacred. And that was when I became absolutely obsessed with reading. So much so that I took a few speed-reading classes and I even became the head San Francisco instructor for one of them.
Read More

21 Feb How An Average Person Becomes Famous: The Path from Ordinary to Extraordinary (in 2 sacred steps)

"If you're lucky enough to be different, don't ever change."

Today I want to challenge you to be different. Not necessarily better. Just different. To stand out in a way no one has. I challenge you to do something that causes people to say: "What the */$# are you talking about?!" The path to this type of recognition (and even fame), be it business, social or whatever, is not as complicated as you think.  So why is it that some people seem to crush it while so many others flail around in mediocrity? Somehow the lucky few become overnight-famous, while the rest spin their tires. *Side note: by now I hope you know that nothing meaningful happens overnight - we seem to like to think it does for others, but it's really all in our head. I've made a study of the ordinary vs. extraordinary since as long as I can remember. And spending time with all kinds of relatively well-known Living Legends, exposed some interesting results. And I have good news.
Read More

Posted at 18:07h in Career & Purpose, Influence & Negotiating, Life on Your Terms Interviews by Scott

- Simon Sinek, Start with Why

Early last year I came across one sentence that turned out to be the single most profound business concept and tool of 2011 (and perhaps my lifetime). It caused me to fully rebrand and reposition Live Your Legend as well as my investment business. I believe it has everything to do with why Live Your Legend has experienced the rapid growth and success it has. It's only fitting that I share this with you as the closing to our "Monetize Your Passion Online" series. The man who taught me this lesson was Simon Sinek.  In 2009 he wrote a book called Start with Why: How Great Leaders Inspire Everyone to Take Action. Within a few years that book, and the concept behind it, literally swept across the world. Simon Sinek is now considered one of the preeminent thinkers both on leadership strategy and passionate work around the world. He often speaks upwards of 20-25 times a month and does much of his work with the United States Military. He's been invited to do work with groups like Microsoft, Dell, SAP, Intel, Chanel, various government groups and Members of the United States Congress. He's also presented his ideas to the Ambassadors of Bahrain and Iraq, at the United Nations and to the senior leadership of the United States Air Force. This guys' the real deal.
Read More

07 Sep How to Lead a Revolution: 8 Underused Tactics to Build a Massively Loyal Following

"With the right audience, anything's possible."

A few nights ago I had the honor of attending a TEDx event in San Francisco. TED is hands down one of my favorite organizations. The things they've taught me are priceless. The theme of the night was Creating Your Own Government and the speakers blew my mind. More than anything, the biggest takeaway was simple:

We  all absolutely have to take it upon ourselves to lead our own revolution.

I don't care whether it's to get your favored candidate elected, to improve nutrition in schools or perhaps change the world by getting people to do work they love, like we're doing here at Live Your Legend. It doesn't matter what topic you choose. What does matter is that you choose something, anything - and start broadcasting your strongest beliefs. The tools have never been easier and cheaper to use. I promise you that if you start saying things that matter to you, there's going to be other folks around the world who care just as much. It's on us to build that community and lead that revolution. With that said, let's get into the action. **********

The Pursuit of 'Ridiculous' Dreams...

Just over ten years ago a young British chef in his mid twenties decided he was going to change the world. He had a powerful message he wanted to share. All he needed was someone to listen. He was crazy about revolutionizing the way kids learned about and consumed food. More specifically he wanted to remove all processed food from kids' plates - a pretty tall order. He'd stop at nothing to do it. Ten years ago no one had heard of Jamie Oliver. Today his YouTube videos alone have gotten millions of views, not to mention his multiple hit TV series and dozens of restaurant chains. In 2003 he was awarded the Order of the British Empire, and recently Jamie won the TED Prize as he told the world his dream to teach every child about food. That video alone has been watched over 1.4 million times. The thing is Jamie isn't much different than any of us. The only difference is simple: Jamie found his voice and stopped at nothing to spread it. He had a passion rooted so deep he nearly brings himself to tears each time to speaks. Everyone has a message to spread. The thing is, a lot of us don't know what it is yet and few of us have taken the steps to get the word out. It's time for that to change.
Read More

16 May Does What You’re Doing Actually Matter? (+ free workbook)

"Above all, be true to yourself, and if you cannot put your heart in it, take yourself out of it." -Hardy D. Jackson Think of how you spent your day today. What did you do for the majority of it? How about the week? Seriously think about it. Now...