19 May How Not to Get Caught Up In the Chatter

I propose an idea. A call to action to fight the chatter and enjoy what's presently in front of us. Let me explain. Last week I found myself at a social media marketing event in San Francisco called SMASH. Fascinating and inspiring to say that least. Of all I learned, there was one word that stood out more than most: Chatter. Talk about a buzz word! In fact that one word summed up the whole event. For those of you not aware, chatter is the noise all the social networks in the world make when they have something to say...which is at least every second. It can be heard through your iPhone, your computer, your RSS and your iPad-and just about anything else you carry around that needs electricity. At some point it became our job to listen to and follow it. Anyone with a blog or interest online feels the interest and likely the obligation to keep up with this chatter. But how much better off does it leave us?
Read More

03 May 13 Life Lessons from Warren and Charlie: Reporting back from 2010 Berkshire Hathaway Shareholder’s Meeting 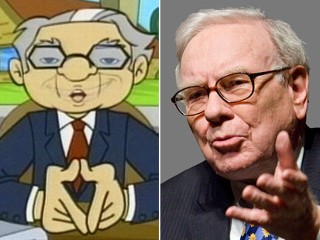 Written by: Scott Dinsmore Average Reading Time: 5 minutes For one day each year, any and all of us get the chance to listen to 6.5 hours of live questions and answers with Warren Buffett and Charlie Munger (and even ask one of your own if you're lucky). This year almost 40,000 people took advantage of the opportunity. I was one of them. As I was last year and the two years prior to that. The weekend has become an annual highlight that words cannot describe. Despite the fact that it's important for our business in the investment partnership my partner and I run, this is one of the best weekends of the year for learning about life and personal improvement. I love it. The topic of the day: Life Lessons.
Read More

01 Nov 7 Success Steps to Genius Every Day: How to Think like Leonardo da Vinci

09 Sep 13 Simple Steps to Adding Fulfillment to Each Day: The Greatness Guide

12 Jul A Simple Guide How to Eat Food, Not Too Much, Mostly Plants: In Defense of Food

Posted at 23:53h in All Topics, Health & Energy!, Simplicity by Scott
Read More

07 Apr Eating to Produce Peak Energy and Vitality in Your Daily Life: Alkalinity and The pH Miracle

Posted at 21:26h in All Topics, Health & Energy!, Simplicity by Scott
Read More

Posted at 19:11h in All Topics, Career & Purpose, Simplicity by Scott
Read More

16 Oct Learning the Path to Mastery

08 Oct Experience the Present and Live with Freedom: The Power of Now