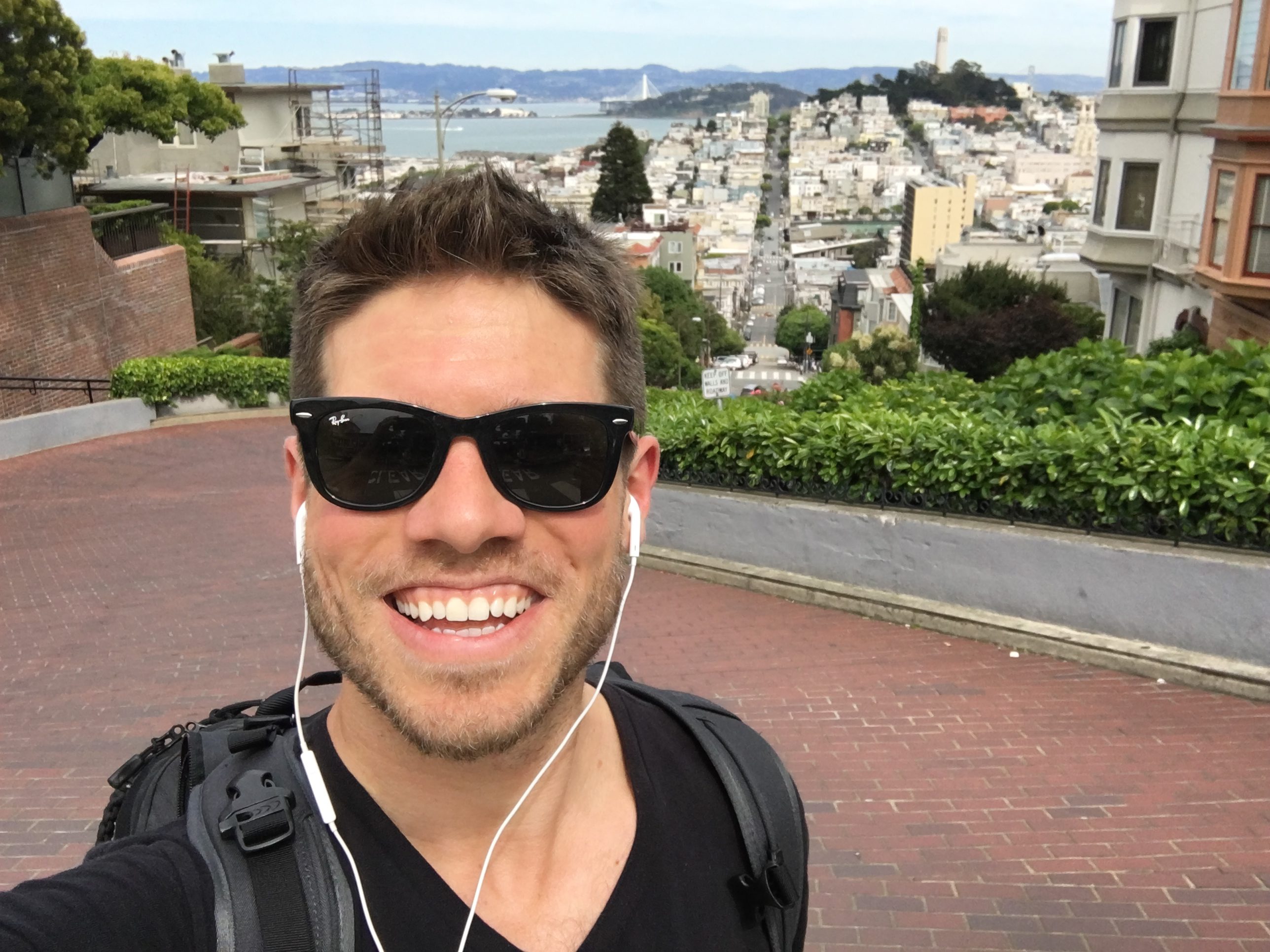 Posted at 07:53h in Uncategorized by Live Your Legend Team

We’re back with PART 2 from our Start-A-Blog Challenge Winner, Micheal Balchan, who has gone through some life changing moments since winning in 2015. If you recall, he was just let go from his prestigious finance job. Let’s see how he responds…

In case you missed it, here’s PART 1 of Michael’s story.

And by the way:
The 2017 Start-A-Blog Challenge is live and you have a chance to have your work featured on Live Your Legend!

Take it away, Michael.

In Portland, if you’d have asked me to predict what it would feel like to no longer have my finance job, I’d have told you the idea sounded terrifying. Yet the moment it became clear to me that’s what was happening, the previously unshakeable funk I’d woken up lifted. I’d finally been given the freedom I craved for so long.

It wasn’t terror I felt, but elation.

If that wasn’t a clear sign from another place, then I don’t know what is.

Outside, in the cold Chicago winter, I cryptically texted my wife:

“What do I want to do with the rest of the day?”

We’d previously talked about me joining her in Utah to ski, but decided against it since I’d just taken a week off. The markets were busy, and absences were typically frowned upon during hectic times, so I’d been worried that taking another day might get me fired. The irony.

This is one of those moments when a call might have been better than a text. Even with over 50% battery left, my phone died. When it’s cold outside, sometimes that happens. Perfect timing, of course. I felt like I was being played with.

Back on the bus, I plugged my phone into a spare battery and called her to clear up the ambiguity. Yes, I was sorry for leaving her in an state of confusion. No, I wasn’t just taking the day off – it was the start of a new chapter. By the way she responded, you’d think she’d been waiting to hear that for a long time.

A few minutes later, my first mentor and closest friend from trading sent me a message. “Mike, I’m kinda glad. You are destined for bigger and better things. I truly believe you are meant for something greater than this.” It sounds cliche, but he was sincere. Deep inside, I knew he was right.

I got home, played fetch with Gus (our dog/wise guru), grabbed my journal and headed to a local diner to grab that coffee I’d missed earlier. Turns out my calendar was suddenly open…

Settling into the diner, I started writing, allowing emotions to flow onto the page, discovering my thoughts as they were written. I had the realization that some higher power had clearly been tired of me dragging my feet, “sitting in a rocket ship but afraid to press ignition.” Like The Boy in The Alchemist, my heart had been trying to speak with me, but up to that point, I hadn’t been courageous enough to listen. I probably looked like a lunatic to the other patrons, frantically scribbling out the contents of my soul.

Finally, I asked myself the question that mattered more than any other, ready to answer it more fully than I ever had before.

What do I want?

Here’s what I wrote:

“What do I want? Right here. Right now. Blank slate. I have created the conditions to really go after what I want. To live my legend. To go after my dreams. I am f—ing capable. I am f—ing ready! I have earned this.  Everything up to this point has been, has created, the launch pad for my future success. It is wide. The foundation is strong. And it’s full of incredibly amazing people who will support me and join me on the journey.

“What do I want? Why is that such a hard question to answer? What is it about it that makes me freeze up, second-guess, and doubt myself. Do I wonder if my desires are pure? Do I question whether it’s actually ME that wants? Am I afraid of what will happen if I really go after these things, and they aren’t what I want? Or that if I go after them, and I don’t get them, that I will not be happy? Or will be a failure?

“Hmm. I don’t know. But it’s time to get real. To be honest, and authentic, and fearless. Now is the time to go after what I want.

*I was just shy of my 30th birthday.  A few months later, while helping Chris Guillebeau launch his aptly titled book, “Born for This,” in Chicago, he signed that page of my journal.

I spent my entire life up to that point thinking about what it would be like to live my legend – someday.

It was always in the future, and I was always afraid of not being “ready” or “good enough.” It took a while for me to realize that I’d been living my legend all along – that it was constantly being created by the experiences I had and the choices I made – just like Santiago’s legend included his days as a shepherd exploring the Spanish countryside and working at the tea shop in Tenerife.

More importantly, I realized that I had the power to close the gap between the present I’m living in and the future I’m excited about. It just required courageously making a choice to do so – and then doing the work.

Previously, I’d been so fearful of the landing that I held myself back from the leap. Once through it, I wished I would have made it sooner. As Joseph Campbell said, “As you go the way of life, you will see a great chasm. Jump. It’s not as wide as you think.”

The journey hasn’t been without challenges. After having spent so long benchmarking my work effectiveness by the amount of money I made, as well as it serving as an internal barometer of my self-worth, I put unnecessary pressure on myself to have a six-figure business the first year. I didn’t quite make it, but I’m proud of how close I came, and year two is looking good.

Today, I’m more fulfilled, more plugged in, more fully-integrated, and more alive than I’ve ever been.

I work with inspired leaders, helping them to sleep soundly, satisfied about what they accomplish with each day and excited to wake up the next to do, serve, and be just a little bit better.

Many of them are dream clients – the kind of people who want to change our world and are actually capable of doing it. Their successes continue to inspire me. They’re founding and leading companies, shattering performance goals, serving in office, publishing books, establishing charities and so much more.

I’ve also developed partnerships with some of my biggest mentors and role models, helping them to create programs, products, and clients. I’m committed to providing astonishing service, while celebrating and supporting both the people and the journey.

Looking back, as Steve Jobs shared in his famous commencement speech, it’s easy to connect the dots. It wasn’t that way while I was in it, but I now see the value in every step.

I’m filled with gratitude for this community.

Without Live Your Legend, I would not be sharing the same story.

Scott may not have been one of the five people I spent the most time with, but he’s certainly one of the people most directly responsible for my current reality. This entire community is, and it will continue to be.

It’s not just the tools and resources, but the energy, the inspiration, and the broader web of connections that makes LYL special.

I don’t know what story I’ll be telling two years from now, but I’m excited to find out. If we continue lifting each other up, who knows how far we’ll go.

Are you ready to find out?

What a story, Michael! Thank you for sharing.  🙂

If you’re ready to make the kind of leap Michael did, consider joining our free Start-A-Blog Challenge. Learn more here or click the button below to join.