Train Yourself for Everyday Adventure: How to Become Smarter, Stronger & More Attractive 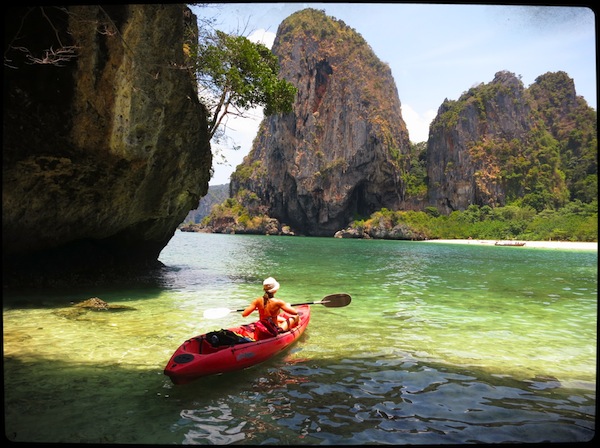 21 May Train Yourself for Everyday Adventure: How to Become Smarter, Stronger & More Attractive

Posted at 15:37h in Self-Guided Education, Travel & Adventure by Scott

“Adventure is not outside man; it is within.”  ― George Eliot

In about an hour, Chelsea and I are going to touch down in Athens to kick off a few weeks of exploring a handful of small Greek islands with two of our closest friends. Right about now is when I start to get ridiculously giddy with excitement.

So I figured today’s an appropriate time to talk about adventure.

Not just because of where we’re headed, but because I know adventure is the best catalyst for making my own discoveries and for cultivating and pursuing The Spark, which we talked about last week.

This starts with making The Three C’s (Consume, Connect, Create) a daily ritual so new ideas get the chance to not only show up, but grow into what’s possible.

But really, it all comes back to one word – adventure.

When making decisions – big or small, in daily life or out across the world – I always come back to a simple question…

“Will this likely lead to more adventure?”

When the answer is yes, I explore.

I also know that I’ve never come up with a decent idea while sitting in the office staring at a screen.

The best ideas come when I get outside of my own damn head – whether that happens miles into a trail run, sharing a beer in a new place with an old friend (or complete stranger) or perhaps alongside a river in Patagonia while fly fishing with my dad. (That’s where the idea of Live Your Legend first came to be – one of the 14 ways world travel made me an entrepreneur.)

This is what’s fueled my snowballing addiction for seeing new places, which is why Chelsea and I spend a couple of months a year exploring, writing and working our way through different countries. Even though it’s impossible to know where it’s headed, it’s always worth it.

Adventures of all sizes brainwash what’s possible, weave new people into our world and breathe life into creations we’d likely never have given a second thought. Not to mention the priceless perspective that comes with the price of admission.

Get outside your usual experiences, and you nail the three C’s without even realizing it’s happening.

Plus, a good adventure will make you smarter, stronger and more attractive…

My good friend Tyler Tervooren of Riskology.co just did a fantastic TEDx talk in Portland on that very topic. His storytelling skills and examples are incredible. Give it a watch below. I have a feeling it will get you out doing something interesting. He just got back from running a marathon in Antarctica, the last stop on his challenge to knock off 7 marathons on 7 continents, so the timing for the talk seems about right…

Here’s Tyler Tervooren’s TEDx on How Adventure Makes You Smarter, Stronger and Attractive:

My favorite definition of adventure is this: “daring and exciting activity calling for enterprise and enthusiasm”. But this can happen on the smallest of levels, and that’s where it must start – with anything that involves exploring something new.

Sure, scaling a mountain or visiting a foreign land will open up ideas and possibility you’d likely never imagine. And I hope you’ll fuel that addiction as much as a lot of our community of Living Legends seems to do these days.

But adventure can happen every day – if you let it. It’s the lens through which we see and approach the world. It’s the decision to wander into a new part of your hometown without directions, to show up someplace interesting as a complete stranger, or to put a creation of yours into the world to see what happens.

It’s a decision and commitment to consistently explore what’s possible – and what could be done differently. It’s a choice to act in a way that makes serendipity a near certainty.

At times, that might take you to a small fishing village in Greece. On another day, it may simply lead you to finally having a conversation about your crazy idea with someone other than yourself.

As long as you’re exploring, you’ll have a story worth telling.

The thing about adventure is that things go wrong. The shit can hit the fan. It’s inevitable. But eventually that becomes a part of the reason you set off in the first place. You expect it. And instead of uncertainty being a catalyst for fear, it becomes one for excitement and possibility.

Without knowing it, you train yourself to welcome the unknown. And that’s when you start to realize that things can also go surprisingly right – in ways you couldn’t think up before you started. Suddenly those crazy ideas stop feeling quite so crazy. Instead, they feel and become real.

So, I have to ask… What was your last adventure? And where’s your next one? Big or small, tell us in the comments.

Ours starts in about an hour as we navigate a foreign subway to meet a man by the name of Yiannis, whom we found through Airbnb, to rent his apartment in central Athens for the next two nights.

Sure, we could have booked a hotel and showed up in a taxi, but where’s the adventure in that?

P.S. To kick things off, give Tyler’s talk a watch. Then come back and let us know where it takes you!