Habit Change Hacker’s Guide: The 5-Step Process to Replace Any Unresourceful Habit with a More Empowering One 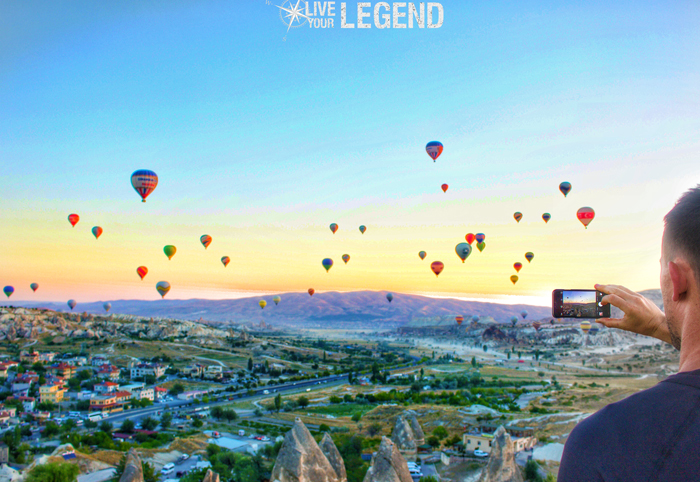 03 Oct Habit Change Hacker’s Guide: The 5-Step Process to Replace Any Unresourceful Habit with a More Empowering One

“First we form habits, then they form us. Conquer your bad habits or they will conquer you.” –Rob Gilbert

I do my very best to practice what I preach, but I am by no means perfect… and today I share with you one of the many reasons why…

As Scott touched upon in the final post he wrote, he was seriously concerned about what he dubbed the “global connection crisis”—basically that today we are so “connected” that we are actually disconnected.

Given how important and timely a topic it was, I shared the idea of disconnecting in the video I filmed last October for the Global Memorial Meetup, as well as in the remarks I gave at Scott’s memorial service. And immediately after his passing I was practicing it diligently. I removed social media completely from my life for about 2 months.

Partially because it was very overwhelming to keep up with, but I also had a voice in the back of my head that said, “Chelsea, you cannot attach any importance to this.” I was receiving an influx of love and support from around the world that was so greatly appreciated, but I didn’t want to wake up one day and find no notifications (because I knew that day would come) and allow that to trigger a “bad day” for me.

I know the slippery slope of the instant gratification and “connection” we get from the likes and comments, so my only way to detach from gaining significance from that, during a time where I was desperately lacking connection, was to stay offline for a bit. Note: I did go back later and read every single one of your messages, though—thank you!

But as time has gone on and as I’ve returned to my travels, love of photography and sharing empowering ideas, I did get back on social media—and unfortunately began to slowly fall back into the addiction that comes from that instant gratification.

Full disclosure: I was used to spending a lot of time with Scott since we both worked from home for several years and then spent 24/7 together for the 8 months we were traveling around the world. And now I spend a lot of time alone… I am well aware that I was using social media as a crutch for some of the emptiness I was feeling. In those moments that I would talk to or text Scott, I’d started to turn to social media as a way to:

Now don’t get me wrong, I am a believer that social media has massive benefits (LYL would not exist without virtual connections!) and still plan to use it and share experiences that way, but I’ll admit that I began to take it a bit too far, checking my social networks throughout the day—really, anytime I wanted a distraction from the discomfort of the moment I was in.

So much so that it became a habit that I began to do without even thinking about it. I became very aware that the pendulum was swinging too far, but awareness isn’t the answer, action is…

Shortly after all this recognition was coming front and center, I attended a leadership conference and announced aloud to the other leaders in my group that I was aware that I was using social media as a crutch. Nothing creates ownership like admitting something aloud!

Because while awareness was the first step, that still didn’t stop me from doing it— hey, habits are habits for a reason: they are hard to break! So by announcing it out loud to others, I accepted and admitted that I actually did want to change.

But once again I needed to take it a little deeper. Because a key component to creating habit change is to come up with a few empowering behaviors to do in place of the disempowering one. There are more details on this below because it is crucial! If you do not replace one habit with a new one that gives you as much or more than the old habit, you will resort to the old one. No doubt. So I needed a strategy for success (which I share below).

I came out of that conference all pumped and stoked on my new habit change plan. But once again, things are easier said than done.

However, then I got a little help… I no longer really believe in coincidences. So when my phone out of nowhere died, one year to the day that Scott wrote his “Off the Grid” article, I took that as a little help/sign/nudge from the universe… Thanks for the subtle hint, right?!

Anyway, this forced me to go phoneless for a few days. And I will admit, it was really sad how helpless I felt initially. The tick to check my phone for the time, only to then get distracted by texts, etc. (and I don’t even have any email or social media notifications turned on!) or to rely on the phone for directions, or when doing math (I mean I actually had to do math in my head!), etc. was crazy. I couldn’t believe how many times I mindlessly went to grab my phone. It was enlightening and empowering to say the very least!

I did replace my phone, but didn’t rush it. And then just a few days later is when we announced that LYL was going “Off the Grid.” So in a sense, I went the majority of the month of September disconnected from social media.

Now that isn’t anything earthshaking, but we’d all be a bit remiss to not admit that a lot of us do have an addiction to those devices we carry around all day. So I do see it as an accomplishment. But before I get into what I learned from it, here’s a bit about the process I used:

“We become what we repeatedly do.” ―Stephen Covey

For me, this was the urge and action of checking social media.

2. Notice What You Are Gaining from That Habit

For me, this was a sense of connection and significance—and also wanting an easy escape and distraction from feeling lonely.

3. Identify a New, More Empowering Habit That Gives You the Same or More of What You Were Gaining from the Old Habit

I decided that I could replace my old habit (urge to check social media) with any of the following:

4. Set Boundaries for the Old Habit if You Decide to Keep It as a Part of Your Life

Social media is important for running Live Your Legend and staying connected to the community. And as I mentioned earlier, I do enjoy the creative outlet and ability to share my travels and journey with friends, family and those interested in following the anything-but-ordinary life I live.

So, given that it will still be a part of my life, as I do with meals or a workout, I’ve allotted specific times in a day that I will check it. Therefore, moving forward, not only will I look forward to those time slots (because I do love seeing what friends near and far are up to!) but I will also be much more productive throughout the day because it’s simply no longer an option to check social media outside of those allotted times. I may continue to post as things come up to share my experiences, but where I let it go too far was compulsively checking the likes and comments to gain gratification.

5. Repeat Over and Over to See the Rewards

We call things a practice for a reason—because in order to associate new rewards with a new behavior that pattern must be repeated and rewarded over and over again.

So, since I journal a lot as a tool to recognize and reflect, I wrote out some of the experiences I had that I otherwise would not have, had I checked social media during these moments. Here’s just a few:

Now I am aware that I am in a more intensified situation than some, having lost Scott and still getting used to spending so much time alone, but I share this experience because I encourage you to think about habits that are not empowering you.

How are you masking feelings of boredom, unfulfillment, loneliness, etc.?

Because the habits that we use to fill those spaces are simply ways to get away from those emotions. But there is much more behind those emotions if and when you sit with them instead of run from them. Recognizing where we are, and what might be hiding behind where we are is a huge part of the self-discovery process. And given that becoming a self-expert is a crucial step in doing passionate work and living a meaningful life, it’s important not to consistently run or distract yourself in those moments.

So, how might you replace those habits with more empowering ones? And more importantly, what you might learn about yourself from doing so?

As an act of accountability, let us know in the comments below, what habit you commit to changing (or at least testing)—plus one empowering behavior you will replace it with.

I ensure you that by sharing yours, someone else will relate to it and gain something from it—as humans, we are all motivated similarly, after all.  So if not for you, share it to help someone else!

Here’s to continuing to be a better version of ourselves, one small step at a time…

P.S. My friend, constant inspiration and master of habits, Leo Babauta of Zen Habits, is creating an app for how to best overcome resistance. As he put it, “the mechanics of creating habits is easy. But people fail to create habits because they don’t know how to overcome the resistance that comes up after a week or two of trying to stick to a habit.” I encourage you to check out this awesome project here!