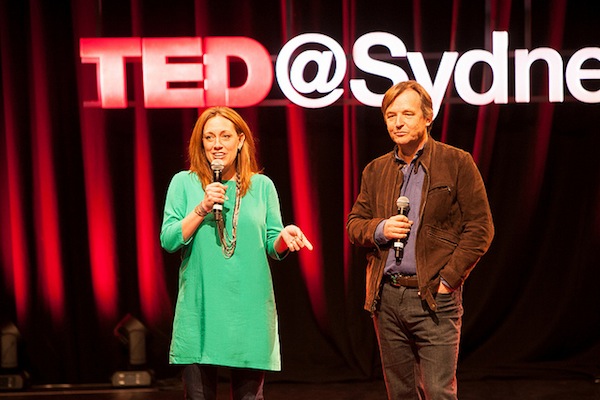 Stepping Onto the World’s Stage

Most of you probably already know my obsession with TED. Their 1,700+ free videos from the smartest, most talented, influential, creative and crazy people in the world provide more useful education and inspiration than just about anything else I’ve found on the Internet. To date their talks have been watched well over 1 billion times.

Over the past few decades the TED stage has become one of the most prestigious on the planet. Those who share their ideas in front of that crowd often immediately rocket to the top of their industry. And even their independently organized TEDx events can create a ripple of their own.

To date, by far the most powerful single thing I’ve done for our LYL movement and my career was to stand on the TEDx stage in San Francisco and give my talk on How to Find & Do Work You Love (that’s somehow gotten over 1.7 million views and ranks top 20 of over 40k TEDx talks). I could have given a thousand non-TED-related talks, and I doubt it would have had even close to the same impact. And to prepare – of course – I watched dozens of my favorite top talks.

If you’re looking to change the world (or simply have your idea heard), there’s probably no better venue than TED.

While most people have heard of TED, odds are you haven’t heard the name Kelly Stoetzel.

Neither had I, until I attended my first live TEDActive Conference for their 2014 30-year anniversary (#mindblown). She and her co-host Reeves were the emcees for the week.

So why is Kelly such a big deal? Well, she’s the Content Director at TED. This means is she and her team are directly in charge of finding, vetting, choosing and training the annual TED Conference main stage speakers. Talk about responsibility – and a dream career!

The best part is that she started out as a camp counselor (which she claims as her most important job), became an art gallery director and then moved to trial evidence presenter – all of which lead her to one of the coolest and most under-the-radar influential jobs in the world.

But as I got to know her, what piqued my interest even more was her passion for spreading ideas and possibility to kids. Her biggest passion project is TEDYouth, where over 100 youth events are held around the world on the same day to show kids what’s possible and help them find the career paths they are meant to pursue. Amen to that! (2014 TEDYouth is on November 15 – get involved or access the free live stream here.)

Needless to say, I can’t wait for you to watch this interview, where she covered the ins and outs of TED and TEDYouth.

In this video we’ll cover:

See below the video for the audio mp3 download and detailed time-stamped notes.

So… what TED Talk would you give if you had the chance?

It’s a question I asked myself for years. And it eventually led right here.

Give it some thought and tell us in the comments. And if you have speaking questions or advice, please share those as well!

A huge thanks to Kelly and the team at TED for the impact you’re having! I’m so grateful.

And be sure to check out TEDYouth, apply for a free ticket, and see how you can get involved either with their main event in New York or the 100+ around the world. All the talks will also be live streamed for free.

Here’s to taking the stage that can change everything…

P.S. Keep an eye out for our annual Start a Blog Challenge coming soon too. Without a blog, LYL wouldn’t exist, and I certainly never would have been asked to speak at TEDx. Get ready for some fun. 🙂