How to Find Your ‘No’ So You Can Start Saying ‘Yes!’ to What Actually Matters 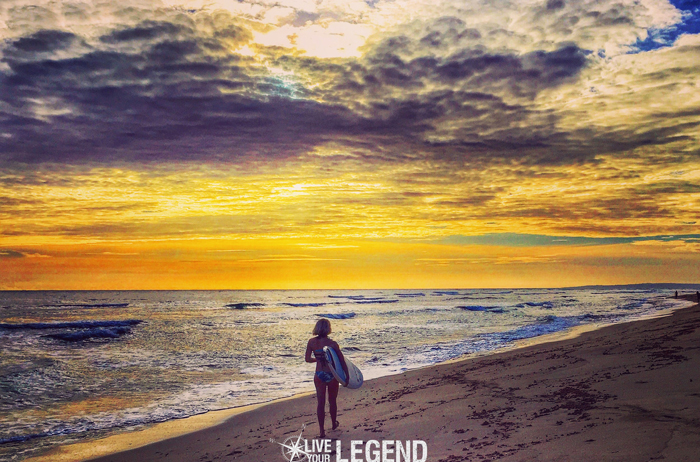 09 Nov How to Find Your ‘No’ So You Can Start Saying ‘Yes!’ to What Actually Matters

Have you ever struggled with saying no to someone or something? Are there particular people in your life where “yes” comes flying out of your mouth before you even stop to think about what you actually want? And have you ever felt resentful after saying yes to something that ended up compromising what was truly important to you?

Most of us have been there too because generally speaking saying yes is easy. Saying no, well, that takes a little more courage!

But why is it so hard to say no when we’re talking about sacrificing things that actually matter to us? It can be things like:

Plus we have mostly been trained from a very young age that saying no is wrong or not okay. How many times did your parents get angry at you if you said no to doing something? Did you get sent to your room or grounded? Many of us have been stripped of our permission to say no from very early on.

So it’s no wonder that many of us have lost the art of saying no. But it’s not all bad news, because saying no is just like a muscle that hasn’t been used in a while. You can still train it back into shape!

And even if you are actually quite practiced at saying no, on the flipside are you actually saying yes to the things you really want? Are you going after what matters to you? Or are you simply saying no to everything out of a different kind of fear or resistance? Only you can know…

Tips for Saying No & Making Room for What Matters

“The art of leadership is saying no, not yes. It is very easy to say yes.” –Tony Blair

Not saying no has a far greater impact than one might think, and one that compounds with time—because when we can’t say no we stop focusing on what matters to us and we stop prioritizing what we want for our lives. Additionally, saying yes all the time to please others is actually incredibly fake, builds resentment, and is a complete disservice to those you are saying yes to, when really you want to say no.

So, for now we want to share some tips with you that will help get your “no”-muscle back into shape so that you can speak your truth, go after what matters to you, be responsible for living a life you love, reclaim your lost power, and actively choosing how you spend your days going forward.

1. Give yourself permission to say no

A while back we covered off on how to start giving yourself permission to live a life you want. And similarly here you will need to start to unravel years of social conditioning by allowing yourself the permission to actually dust off your “no” and start using it when appropriate.

2. Allow yourself space between stimulus and response

The quality of your response to a request is directly correlated to the amount of space you allow yourself to consider the request. In other words, if you are feeling like you are in a real pressure cooker to answer yes or no, then it’s highly likely you will give a response that is not high quality (aka, not true for you). So instead you need to carve out some space to reply and make sure you can: a) remind yourself of the permission you have from step 1; and b) be powerful to respond in the best way possible for you.

At first it might not be that obvious, but when we both realized that in saying yes to working with clients at all hours of the day/night early on in our business building we were actually saying no to our husbands and kids. That’s when sh*t got real! Once you’ve created that time between stimulus and response, now you can actually get present to what the two sides of the coin actually are.

4. Deliver your no powerfully

So now that you’ve given yourself permission, allowed yourself that all important space between stimulus and response, and realized that yes and no are two sides of the same coin, it’s now time to powerfully deliver your no. You have done the groundwork and now it’s time to get into action—which can initially be very daunting.

Many people are probably quite used to you saying yes, so be prepared for a reaction that is not quite so favorable if and when you say no! But it’s important to stand your ground and allow the other person to have their thoughts and feelings.

And whatever you do, be sure not to:

And one final rule to remember—as Derek Sivers put so well:

Ready to start taking back control of what you want and get out of your own way? Then let us know in the comments below one thing you otherwise would have said yes to, but will now say no!