Is the Pursuit of Freedom Destroying Your Chances of Success? 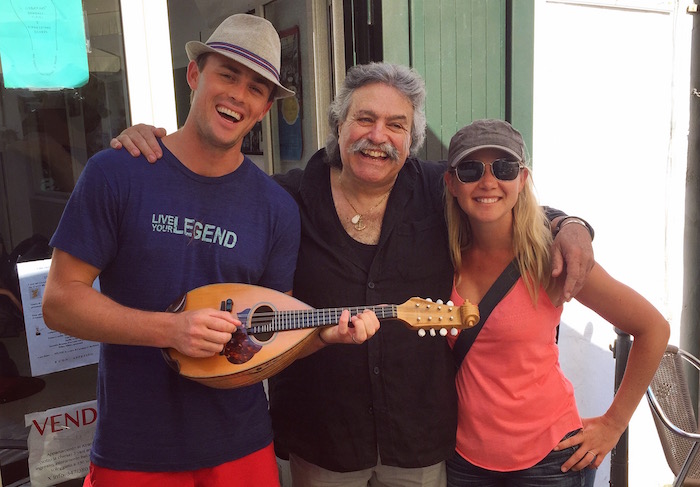 10 Jun Is the Pursuit of Freedom Destroying Your Chances of Success?

Given last week’s discussions on how to live and work anywhere, I think it’s important we cover the full picture. That’s where we’re headed today…

I’ve spent the last couple weeks living in Atrani, Italy – a tiny fishing village on the Amalfi Coast that doesn’t even appear on many tourist maps.

In a town of about 600 inhabitants, where the infrequent tourists only pass through for a day or two, it doesn’t take long for us – the two Americans who never seem to leave – to stand out (and maybe even make a few friends).

Especially as we wander around town dropping a “ciao” to just about everyone, fumbling our attempted Italian and typing on our Macbook Airs next to old men who read their morning newspapers with magnifying glasses.

Or when we’re seen hanging smart phones out our third-story window to catch some Internet from the town square below, which is full of people who don’t even appear to own a phone. (Yes, we managed to choose an apartment without Wi-Fi – don’t ask!).

The contrast has been surreal, and I love it.

Being here, of all the dozens of places we’ve seen this year, strikes a special chord. Because ten years ago, long before Live Your Legend or the idea of a world tour existed, this is where the dream started: living in Italy, in a small town, befriending locals, hacking together a little Italian and learning from a culture and way of life that’s many times older than anything at home.

Today that education led me to revisit the freedom obsession.

And my rub with freedom getting touted as the holy grail of business and work. Contrary to the hype, its pursuit might actually be sabotaging your chances of doing what you really want to do. I’ll tell you why in a moment.

But first, for perspective, let me introduce you to some of the local business owners we’ve befriended in the past weeks here in Atrani…

These new local friends have a few things in common…

They work hard, they’ve mastered their craft and they get lost in the pride and passion for what they do and how they’re able to serve others.

And, in the way much of today’s entrepreneurial world has come to use the word, none of them appear to have much freedom. But the impact they have on the people they interact with each day is undeniable.

Seeing these people enamored with their work reminds me of something that gets misunderstood a lot in today’s “find and do work you love” discussion, and especially in the context of the (over-glamorized) world of “location-independent” work.

So often, both in emails and in-person through the LYL Local events we’ve been doing all year, I hear someone excitedly tell me…

And they go on to explain all the cool things they want to do with all the freedom – ecstatic about what the business will allow them to do, often without a mention of what it will do for others.

But here’s the thing – they are totally missing the point.

Freedom, flexibility, the ability to work the way you want – these are all potential benefits. Possible rewards that can be earned for figuring out how to make a difference for the people around you.

You cannot skip the impact and move straight to the freedom. That’s not how it works.

Plus, the promise of freedom, just like money, only motivates to a certain point. And rarely is that enough to get you through the blood, sweat and craziness that come with a worthy pursuit.

A location-independent business is just a business you can run from anywhere. But it’s still just a business. And a business, or a career, is nothing more than a focused way of adding value and being rewarded for it.

Freedom is not adding value. Freedom on its own is selfish. It’s focusing on you, not the customer. It’s just a way you might be compensated if you do your job right.

So I’d like to pose the question: Why are you working towards the pursuit you are?

If the primary focus and motivation isn’t on helping people, on making some type of a difference, then you are missing the whole point. Your effort won’t last. You’ll likely give up.

But if your motivation, your excitement for pursuing what you pursue is based on the difference you want to make for people and helping the world with something you’re passionate and uniquely qualified to provide, then you have a chance at the freedom. And even if the flexibility doesn’t come, you’ll still be much more likely to wake up happy, fulfilled and excited anyway.

We live in a surreal world of possibility. A world where – if we dedicate ourselves to mastering our craft, to adding massive value to those we’re out to serve and to making some type of an impact – we then are granted the possibility to leverage today’s tools and technology to experience some of the freedom and flexibility that we hear so much about.

That’s a possibility these Italian entrepreneurs didn’t have when they started out (nor did anyone back then). There was no pipe dream of freedom to seduce them, so they naturally just focused on their craft. On the impact.

Sure, it’s important to know what level of freedom and flexibility you want to have in the way you work. But the day it drives your decisions more than impact is the day trouble starts to brew.

Freedom and flexibility can be an incredible luxury and I’m grateful for all that technology makes possible.

But that’s not the reason I do the work I do. They’re perks. Perks that only have a chance of continuing as long I continue to prioritize impact – doing whatever I can to help you all find and do work you love.

So my question for you today is: WHY? Why does your pursuit matter so much to you? What’s the real motivation?

The question you must answer isn’t “How can I be free?”

It’s “How am I going to change someone’s life?”

Get that right and not only does the freedom become a lot more likely, I bet it also becomes a lot less important.

Because even if the freedom doesn’t come, you’ll be happy in your work. You’ll be proud of what you accomplished and grateful for the opportunity to serve others.

And that might just give you the freedom to really change the world.

P.S. Here’s a taste of who’s dedicated to impact in Sofia, Bulgaria. I was blown away by the crowd at our LYL Local event there a few weeks ago – including a record number of high school kids! So much possibility in this room… 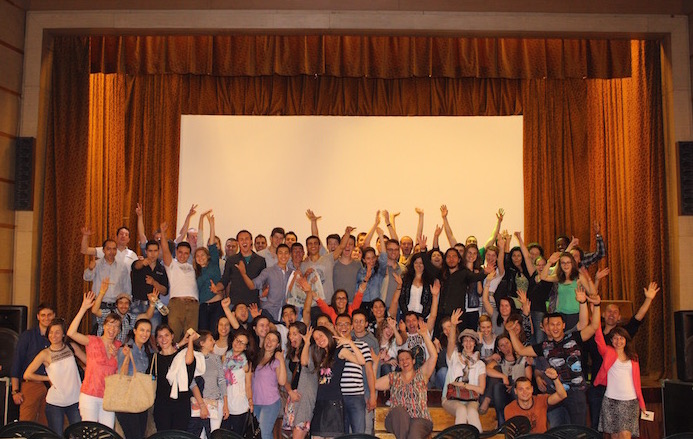