Secrets to Mastering Misfortune: What to Do When Things Go Massively Wrong

16 Jun Secrets to Mastering Misfortune: What to Do When Things Go Massively Wrong

Posted at 10:59h in Emotions & Happiness by Scott 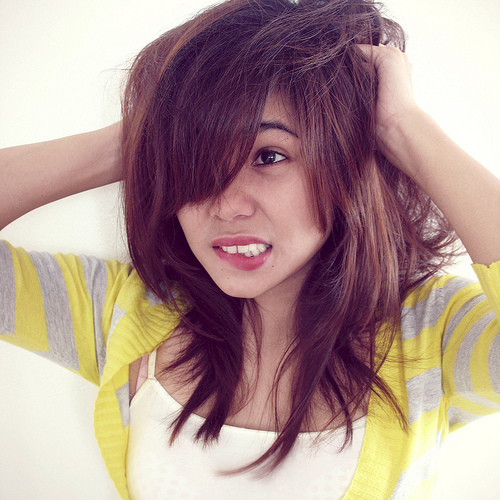 “Fortune knocks but once, but misfortune has much more patience.”

Last week this site got hacked. Some guy out in Russia busted into my code and redirected everyone to his site and even caused some serious computer issues for some of you readers. It also effected anyone who tried to leave a comment last week.

In a matter of minutes the site lost nearly 50% of its traffic.The situation was no fun, and to be honest, was pretty damn scary.

First off I apologize for any of you who got tangled up in it.

The good news is we got the hack dealt with about 30 hours after it happened and the site is now more secure than ever.

Perhaps you’re wondering the same thing I was: Why the hell would anyone want to screw up a site who’s only mission is to help others live on passion and do work they love? Good question. It still makes me scratch my head. Perhaps the person behind it should spend a bit more time reading the posts instead of trying to keep others from them…

Ok, enough of my rant.

This situation reminded me of how important it is to have a process for dealing with bad things happening. After all, the bigger the goals we pursue and the harder we work to live a life that matters, the more that will go wrong. That’s the cost of admission.

I’ve been using a version of the below process for years. I share it with hopes that it will help you deal with yours. It’s not the end all be all, but it’s turned around a lot of tough situations.

8 Steps to Mastering Misfortune – What to do when the sh*t hits the fan:

1. Freak out. We are human. I’m not going to pretend that we are not going to at least momentarily go to a place of panic or extreme fear. We will. Everyone does. The key is to acknowledge the fear by giving yourself a very short window to freak out. The nice thing about this step is we’ll likely subconsciously go straight to it. Don’t be hard on yourself or allow it to make things any worse than they are. Maybe go into an empty room and yell a couple unsavory words or pound a pillow. Get some of that unhealthy energy out. This step is crucial. We won’t be able to operate until we get past the panic. Give yourself a max of a few minutes – don’t allow yourself to dwell.

I’m not going to lie, I was pretty panicked when I first realized I’d been hacked. I consider myself a writer, coach, investor, entrepreneur and a bunch of other fun stuff but one thing I’m not is a coder. All I knew was that dozens of people started writing in telling me there was a big problem but I had no idea what to do. I had spent the last four years building this site and I realized in an instant that could be compromised. That’s a scary thought. So I let my mind run wild with it for a few minutes. I needed it out of my system.

2. Step back. Any time we’re devastated or panicked we begin to act on pure emotion. This generally leads to bad decision making. Once you’ve spent no more than a few seconds or minutes freaking out, you must disconnect yourself from the situation so you can begin to take practical logical action. This could be anything from a few minutes of concentrated breathing to a walk around the block, calling a friend or getting out for a good run. My favorite go to method for disconnecting from a problem has always been moving and breathing outside. Nothing beats it. Take your pick, but some way you have to step out of the problem. Even some of the most dire situations can afford 10-20 minutes or at least a few breaths to get centered.

3. Talk to someone. Others rarely see your situation as bad as you do. They have the luxury of not being emotionally involved so they can immediately be objective and see light where you likely see dark. My wife is awesome at this. Grab someone close to you and tell them what happened. Let their response soothe you a bit.

4. Find a reason why. Now it’s time to start dealing with it. The only thing we truly have control of is how we interpret what happens to us – the meaning we decide to give to things. No matter how much control we think we have, just about everything else is out of our hands in one way or another. Ask yourself, what possible good could come out of this? What reason can I find for this happening that will make me better as a result? I promise you, there’s always at least one. So you got fired, maybe that means you finally get to pursue that business you thought would always be a pipe dream. Find your empowering reason.

One of the most common characteristics of genuinely successful and fulfilled people is they are able to reframe their situations to turn darkness into light. We must do the same. For me, I got hacked so I could better secure my work before even more was at stake in the future. And I could see how many people truly cared about helping me and what I was building.

5. Realize your worst case scenario. This is one of the misunderstood areas of business and life I’ve seen, and it’s what keeps most people stuck in fear instead of taking meaningful action. Take time to realize the absolute worst thing that could happen in your current situation. The easy example is a job. The reason the majority of my readers give me for not having taken action towards their dream business or career yet is the fear of failure. But what are they really so scared of?

Let’s say your new plan didn’t work out, what would you actually do? How long could you live off savings while you got back on your feet? How quickly could you pick up an odd job or consult on your expertise to make ends meet? If you had to, there are all kinds of ways to make money short term. They might not be ideal, but they’re better than living on the street. Not to mentioned, if you had made a good impression on your past employer (and I hope all of you have), then they will likely be happy to take you back. Or you could use your expertise to get a similar role somewhere else. If that’s the case then all off a sudden your worse case scenario is your current case. Then how could you not act?

As is natural, during my initial freakout, I laid out a pretty grim worst case. I might lose all the hundreds of articles I’ve written, Google may delist my site, or even worse, I might lose all of you as cherished readers. But if I really did lose all my articles or if a bunch of people unsubscribed, I still had my posts in email version and I had people out there who genuinely benefit from my work. I could just find them again. It would take some time but I could reload all of my posts and reach out to most my readers. And if I got delisted from google, who really cares since I’m planning to change URL’s for my relaunch in a few weeks anyway.

Your worst case is often far better than you give credit. Here’s a deeper article on worst case scenarios. Such a huge part of accomplishing big things.

6. Find past proof. Find people who have had to deal with similar situations in the past. Go through your contacts and make a list. Put a post on Facebook and Twitter. Do a Google search. The more examples we can see that this situation can be dealt with, the more manageable it becomes. Some may be people you know, others might not. The important thing is to find examples. Odds are this is not the first time someone’s dealt with your problem. Find those who have.

7. Get the right people in your corner. You need some experts in your corner. From the above list, find people in your network who are willing to help. Once you let others know you have a problem, and genuinely open yourself up and ask for help, you’ll be blown away by how many people want to lend a hand. People are hard-wired to want to help other people, especially if they have a specific skill or experience that would add unique value.

I was floored by the dozens of people on Twitter who reached out and, totally unsolicited, offered to dedicate possibly huge portions of their day to helping me out. Some people I’d never even spoken with. I suddenly found another reasons for this happening – I realized I had a support team I never knew existed.

Two guys that went way above and beyond to help were Corbett Barr and Brett Kelly. They happen to know this stuff incredibly well. Thanks fellas.

8. Do something. Believe it or not, once all the over-reacting and emotion is behind you, this is usually the least difficult part. Let your support team guide you on how to deal with the problem. Listen to your experts. Create a list of tactical steps and simply walk through them. Don’t focus too much on the end solution, but instead on the small steps in between. Those smaller, easier actions will get you there. Start working your ass off to solve your problem.

Everything is a lesson.

When things go massively wrong it’s easy to channel that energy and emotion and throw your hands up. That’s exactly what the other side wants. Know that this experience will make you stronger.

Everything that happens is meant to be part of a lifelong education. There’s no other choice. Problems are not always meant to be solved. But they are always there to teach. They can always empower, if you let them.

Find the lesson in each one and they’ll no longer be so intimidating when they come up. When that’s your state of mind, everything becomes an opportunity.

As my hacking ‘lesson’ unfolded over the day or so before it was resolved, I had some readers help me see the silver lining. Two comments I loved were:

How awesome is that perspective?! I immediately adopted it and instead of feeling like a victim, I started to feel proud.

Some sh*t will always hit the fan – Welcome it.

As sure as you can be that you’ll feel like crap after a night of martini-guzzling and partying, you can be sure things are going to go wrong here and there. Oftentimes there will be no way to avoid it.

We have a lot less control than we think.

Does this mean we say screw it and stop trying? Hell no. It just makes the victories and all the more worthwhile.

If you live long enough and go after enough dreams, odds are you’ll get fired, you’ll get dumped, you’ll get cheated or you’ll get hurt. That’s fine. It’s all part of the education. And it’s the only thing that gives you a chance at greatness.

You could fail. Do it anyway.

How do you deal with brutal things happening? What’s recently happened where you could use this process? Share in the comments and we’ll see how we can help!

Please take two seconds to retweet this or share on Facebook below, because we all deal with tough stuff. Thanks so much.