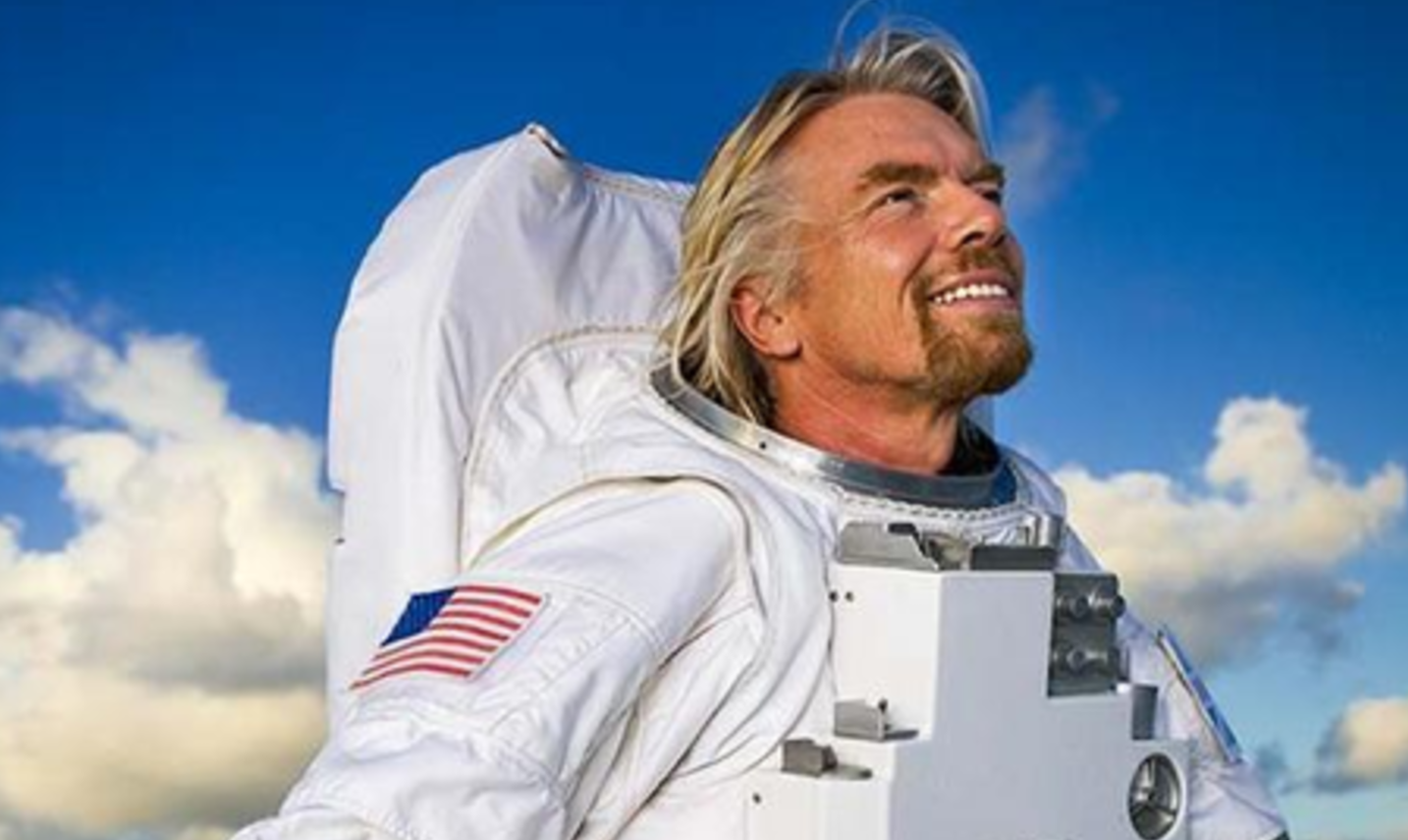 11 May New Legend Series! We need your help.

Posted at 08:29h in Health & Energy!, Productivity by Celina

“A good leader doesn’t get stuck behind a desk.”

Because Live Your Legend has been growing like wild-fire, many in the community haven’t yet seen all of the amazing and timeless work our founder Scott Dinsmore created.  Today we showcase one of Scott’s classic posts as part of a new series. These will be Scott’s original words, unfiltered, to help you understand what made Scott so remarkable.

We need your help!

In the comments, tells us what you think we should name this new series. Read to the bottom to see the names we’ve come up with so far. We know you can do better!

We’ll also be following up soon with Part 2 and a fun 30 day challenge. Enjoy!

How Richard Branson Started Over 400 Companies: The Most Powerful Productivity (& Confidence) Hack of All Time

By Scott Luckey Dinsmore: Circa 2012

On discovering the ultimate source of confidence & productivity…

Not long ago I attended an event with Sir Richard Branson and a bunch of other entrepreneurs. Something about his message and his presence brought clarity to a concept I’ve inherently known & practiced for years. Now that it’s clear, I’d like to share it.

It’s a topic I rarely write about, but it’s a huge part of every one of my days (often before I check an email, write my first sentence or even open my computer).

It’s the primary foundation of not only my own confidence and productivity, but that of almost every successful lifestyle entrepreneur and CEO on the planet.

Why is it that so many successful people seem to be able to do so much? How is it that the more accomplished the person, the more it seems they’re able to get done?

Shouldn’t it be the opposite?

How is a CEO of one company able to found another one on the side, while administering his charity and still taking the occasional family trip?

For years this has blown my mind. With how much effort it takes to do one thing well, I couldn’t imagine how people who seemed even ‘busier’ than me could produce magnitudes more results.

Then I figured it out.

Most Successful People Have One Thing in Common

One day a handfull of people were on a small boat with Richard Branson heading out to his private island, Necker Island, for a few days (OK, maybe the boat wasn’t that small…). One of the guys on the boat asked something along the lines of “Richard, how can I be more productive?” Keep in mind, Richard is the founder and operator of a 400-company conglomerate. He also has dyslexia and a pretty piss poor academic track record.

Yet somehow, from space travel to deep sea exploration, to music and cell phones, this guy has literally been able to accomplish a bazillion times more than the average Joe. And he’s still only 61.

Hence, the crowd of boat passengers hung on the edge of their seat cushions in anticipation of what turned out to be an unbelievably simple answer…

And that has turned out to be the answer to so many seemingly ‘hard’ to solve problems:

And of course the obvious…

How do I look and feel better?

I’ll let you answer that one.

Most problems, and especially those related to motivation, come from inside ourselves – From our physical body and how much we do or do not respect it.

And Richard Branson is not the only one.

Look around you. Who are your idols and mentors? Who are the people who have absolutely crushed it in their industry? Open up the latest edition of Forbes and check out the Forbes 400 richest men and women in the U.S. Look at our current and past Presidents. Look at Tony Robbins, Barack Obama, George Bush, Stephen Covey, Eckhart Tolle, Yvon Chouinard, Simon Sinek, Chip Conley, Bill Gates and Steve Jobs. Or even in the online world with Leo Babauta, Chris Guillebeau and Tim Ferriss, whom we talked about last week. The guys run marathons, constantly break their own records and push themselves physically almost daily.

And it has nothing to do with their actual business – at least not directly.

How many terribly overweight and unhealthy people do you see among the people who have knocked it out of the park – especially ones doing work they truly enjoy?

Sure there are some, but for the most part, the people who do well (by whatever measure) have realized that the more they respect their body, the better it will perform for them.

That is the holy grail.

Why is fitness so damn powerful?

For me everything comes back to fitness. Losing weight, gaining muscle or looking fit is only the very tip. The magical part is what happens to your mind and your world as a result.

1. You are in complete control. There are very few things in life in which you are in total control. In business (and much of life), you can do things to stack the deck in your favor, but a prospect can still slam a door in your face. A girl can still backhand you for a poorly executed pickup line. A seemly trusted friend can still deceive you.

When it comes to the outside world, we are in less control than we think (aside from how we interpret what happens to us, which is a whole separate, and hugely powerful discussion).

But when it comes to fitness, we are in complete control. A new client can fire you, but no one can stop you from coming home that night and running a faster mile than you’ve ever run, or adding a few pounds onto your favorite lift. Do you have any idea how empowering it is to be in full control of something and actually use it to your advantage?

2. The impossible breeds the impossible. When you start to harness things you’re in control of, your confidence starts to strengthen. Think of what happens to your mind if all of a sudden you watch yourself shed 40 pounds, especially after people around you doubted it would happen. If you can lose 40 pounds, then why couldn’t you double sales in your business next year? Or finally quit that miserable job to do something that matters.

Do you know anyone who’s lost a ton of weight in the past years? What effect did it have on their outlook and confidence? Think about that for a minute.

The confidence is massively transferable – So why not build it in a realm you have complete control over and then transfer it to an area you don’t? It’s the ultimate hack!

Just yesterday morning at the Crossfit gym in SF, I hit a new personal record for one of their main lifts (a hang-clean). Class was done at 8am, the sun was barely up, and I already felt on top of the world. Guess how hard I went after my writing and projects for the next 8 hours?

No matter what happened the rest of the day, I still had my workout (and the burning chest as a nice reminder).

No one could take that from me.

Once 8am rolled around, I couldn’t lose.

You play enough games like that, and you literally start to believe you can do anything.

Then you start doing it.

So why is fitness the first thing to go?

The sad thing is most of the above probably isn’t that new to you. But still so few people get off their ass and do something about it…

When you know you should do something, you immediately look for excuses.

And when it comes to fitness, excuses are everywhere.

Usually the winner is “I don’t have enough time.”

The world is missing the point. The fastest and best way to literally add minutes to your day is to get off your ass and start moving and breathing.

Ladies and gentleman, there is no putting this one off for later.

“I don’t have time” is a downright shitty excuse.

A simple way to start getting active:

Don’t over-think this. It’s time to realize the missing link.

I don’t care what you do. Just start doing something consistently and watch what happens.

1. Start small. If you try to go from running 0 miles a week to running 15, you are likely going to fail. Start ridiculously small. Just take your current level and add a bit more weight or a few more laps (or even just a few extra meters). If you don’t start small, you likely won’t start.

2. Build your team. Find a few active and motivated friends to join you. This will help a ton with accountability and making it way more fun. And if your buddies are anything like mine, you’ll push each other without even trying. If you can’t find anyone locally then get online. There are some great tools. By far my favorites are Runkeeper and Fitocracy – which happen to work really well together too. More on them below.

3. Pick your activity. Brainstorm a list of things you can do for a month (or more) using the following criteria: 1. It must be fun and exciting, 2. Can be done almost daily, and 3. It must be a stretch to accomplish. Remember, overcoming challenges is what builds confidence – that’s the point. A bonus would be that it teaches you a new skill. I listed some ideas below. Most gyms and workout classes have an introductory special that is a ridiculous deal. Even trying a new one of those each month works well. Plus, you may find your perfect activity in the process.

4. Create your schedule. Ideally first thing in the morning, because that gives it the best chance of actually happening.

5. Do it. No excuses. Keep each other motivated.

6. Track it. You have to have a baseline for progress. Measure and track everything. I always do before pictures (those are especially motivating) and after, as well as measure the main areas of your body (thighs, waist, arms, chest, butt). I tend to get a little crazy with this stuff and actually for the past couple months have been getting my body fat tested in Redwood City at the Body Composition Center (the same place that did all of Tim’s measurements for the 4-Hour Body). They have an insanely accurate $300k DEXA bone density scanner that also measures body fat. It’s only $69/scan and gives a great baseline. Whatever you do, just be sure to track progress somehow.

7. Celebrate. No accomplishment is complete without a victory dance.

8. Leverage technology: By far the two most motivating and fun technology tools for tracking fitness and workouts are Runkeeper (online and iPhone app) and Fitocracy (both totally free). Fitocracy is like the Facebook for fitness. It is so damn fun to use! You can compete and compare with your friends, enter into challenges and all kinds of other stuff. Many of my buddies and online friends track each other on this.

Inspired? Great, now get out there and get active, just like Sir Richard Branson!

We hope you enjoyed the first of this new series.

Don’t forget to leave a comment on what you think it should be called!

Here’s what we have so far:

Stay tuned for Part 2 and the 30 Day Challenge!