On Modeling the Impossible and How to Do Anything

25 Jan On Modeling the Impossible and How to Do Anything

Posted at 10:30h in Career & Purpose, Entrepreneurship, Productivity by Scott 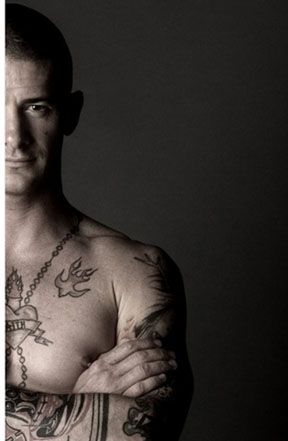 “If I have seen further it is by standing on the shoulders of giants.”

Yesterday I spent the day learning ultra endurance running techniques from Brian Mackenzie at the Crossfit gym in San Francisco. He is the dude who has “Unscared” tattooed across his knuckles and has a cameo in the trailer for Tim Ferriss’ Four Hour Body. There are also a couple chapters on him in the book.

Brian started Crossfit Endurance. He’s run distances up to 100 miles on multiple occasions including the famous Western States. He’s developed a running technique that requires significantly less effort than the typical approach. Whereas most people would run multiple 20-30 mile runs to prep for a 50 miler (or even a marathon), he’d stick to 5k’s, sprints and crossfit.

Think the 80/20 Rule for long distance running. Now he spends most of his time running and training others around the world through his company “Unscared.” Tough life.

But a lot of you probably don’t care a bit about running. Fine. My point is this guy is the man. And I wanted to learn from him.

This is what I seek out.

Modeling is huge by just about every massively successful person out there. Charlie Munger with Ben Franklin, Warren Buffett with Ben Graham and Tony Robbins and Tim Ferriss with all kinds of people.

The concept has been around for centuries but the technique has been made more wide spread through Richard Bandler and Charles Grinder’s work with Neuro-linguistic Programming (NLP).

Modeling defined: observing and mapping the successful processes which underlie an exceptional performance of some type.

This is a complicated way of saying: find people who are ridiculously good at something and follow in their steps.

8 Steps to Modeling Success (and doing the impossible):

1. Understand your interests – know what you want to be exceptional at. This will no doubt change over time and that’s great. We’re only interested in what matters to you right now. You can always pick something different later. My Goal Setting and Action Workbook should have helped with this. Realize you can’t be an expert at everything. So choose wisely.

2.  Pick your models – Find the best in the world. You’ll likely have different people for different areas of your life, as I have yet to come across a totally flawless human (see more in #5). Don’t just pick someone who’s top 10. Find number one. No exceptions.

3. Find an in-person model. Ideally #2 and #3 are the same person but it can be difficult to get face time with those who are the best in the world at something (although I assure you it is plenty possible if you care enough). Perhaps this is someone who’s been successful modeling the best in a given area for years. Make friends with them. Follow them around. Sweep their floor. Whatever it takes.

4. Dissect their process – Learn everything under the sun. This has become exponentially easier in the last 10 years and especially the last 5 with the massive growth in availability of online video. One of our models in our investment business (aside from Warren Buffett) is famous value investor Joel Greenblatt. The problem is this guy is incredibly difficult to get a meeting with.

We started with his books, articles and investements. Understanding them inside and out. Then one year out in Omaha for Warren Buffett’s annual meeting, we came across someone who had videos of every one of Joel’s value investing lectures from his course at Columbia MBA. Jackpot! We’ve now virtually taken what many consider the best value investing course in academia. And we did so from our office in San Francisco (and sometimes even our bedroom), for the grand total of zero dollars.

There is no longer any excuse for not being able to find enough on someone. It’s everywhere. Youtube, Vimeo, Google Video and TED Talks are all go to spots for me (and don’t forget the written world either). It blows my mind that all this stuff is free. Mastery is one of my favorite books on this topic.

5. Understand their 80/20. This is a crucial (and often skipped) step. Don’t just mindlessly do everything they did. It’s quite possible (and pretty probable) that there were a few core things they gave relentless focus to that made the majority of the difference. Do everything you can to uncover this 80/20 relationship. If you don’t you could easily wind up modeling the 80% that gave only 20% of the results. Not good.

6. Model what they don’t do. Often what creates enormous success is not only what one does but what one avoids like the plague. Charlie Munger says “I want to know where I’m going to die so I don’t go there.” Warren and Charlie are notorious for avoiding debt and complicated financial instruments (except for rare cases) and as a result they had much less to worry about during the 2008 economic meltdown –  in fact they benefitted from it. These guys spend an unreal amount of time understanding what’s made people fail. Then they do everything to avoid it.

7. Take the good. Leave the bad. Realize that no one’s flawless. Especially when you’re dealing with someone who’s the best in the world at something, they tend to have bigger shortcomings than others. You DO NOT want to model this part of their behavior. Once you start to really learn about your model, it will become very clear to you the things you want to adopt and the things you don’t.

For investments, I have done everything under the sun to get inside the mind of the young Warren Buffett when he was running his partnerships of the 50’s and 60’s, to understand his decision making process and his psychology towards business and investments. It’s made all the difference in success.

But there is one area of his I refuse to model: that of his family and social life. Warren is the first to admit that he did not handle the personal part of this life as well as he would have liked. For me, people and family are first priority. Simple as that. For that area I have other models.

If this means I sacrifice some business/investing success then so be it (although I don’t think it will). There will always be tradeoffs. Know which ones are worth making. Be ok with giving up some ‘success’ for keeping true to your values. In the end that is true success anyway.

8. Be Unique. That’s the beauty of taking and leaving things. You don’t want to be a clone of anyone. It won’t be interesting to the world and it certainly won’t be that much fun for you. Piece together your modeling strategy and go about it in your own way. The world will appreciate it much more and the results will show. Plus, you’re never going to be able to model any human exactly anyway – nor should you want to. Set the expectations properly.

From the Shoulders of Giants

There is no sense in reinventing the wheel.

Think about your dreams. Feel them. Now look around and notice those who are experiencing them. Take to books, the web or in person interactions. Make a study of the experts. Pick your models for success.

Warren Buffett is my model for my investment business, Leo Babauta is my blogging guru, Tim Ferriss keeps lifestyle design close in mind and my family reminds me of what I want to build with my wife. Take note of the good and the bad. Adopt the former and drop the latter. What’s left is magic. Just add hard work. 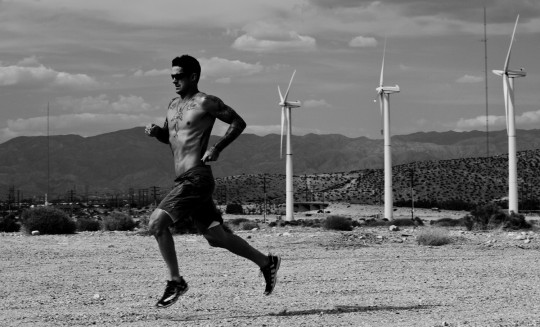 During one of the endurance drills last weekend I found myself between two cute girls about my age (late 20’s). We started to causally talk about the fitness adventures we’d been on. Stephanie, on my left said she had never done a marathon and was curious about my ultra experience last year.

I asked her what she had done. She responded with “well I did an Ironman last year. Some friends talked me into it over beers.” For those of you not familiar, an Iron Man ends with a Marathon (after between 8-13 hours doing the swim and bike leading up to it). Nice to meet you Stephanie.

To my right was Laura. When I asked her the same question, she responded with, “well I did an ultramarathon last year.” An ultramarathon is anything over a standard 26.2 mile marathon. That could mean 50k, 50mi, 100mi or more. It turns out she was talking about the 100 mile type…

These two unassuming ladies had each done what 99.9% of the world believes is impossible. I was in good company. And I quickly learned my place.

As I walked (more like hobbled) home that evening, a weird feeling came over me. All of a sudden running 50 miles didn’t seam that out of reach. I am not saying that’s what I plan to do, but the fact that my psychology shifted in such a way after just a few hours, is the point I want to make. Anything seems possible around these people.

To really turn your idea of what’s possible up side down, check out this TED Talk by a man who swam the North Pole.

“It always seems impossible until its done.”

Your reality is the company you keep – Choose wisely

The most important ingredient of doing the impossible is believing it’s possible.

This comes from surrounding yourself with people who have either done it or know they can do it. Do not underestimate the power and influence of your peer group. You either rise up to those around you or you bring yourself down to them.

We adapt to our environment.

If the people around you laugh and say your business idea isn’t possible or that you’ll never complete that race, drop them. Seriously. Life is too short. Find people who know it can be done. You’ll quickly realize a lot more is possible than you initially thought.

If you spend all your time around entrepreneurs who make $2m a year, the odds of you doing the same sooner rather than later would be pretty high (assuming that’s what you wanted). Same goes for fitness or anything else you care about doing well.

Modeling creates that environment in everything you do. This is not just about doing some super long race. That’s just the example. If you need a model to run a 5k or quit smoking or become a sharper salesman or better wife, that’s all gravy. Big or small.

Go out and find one.

So who are your models? Share them in the comments and let’s get the chat rolling!