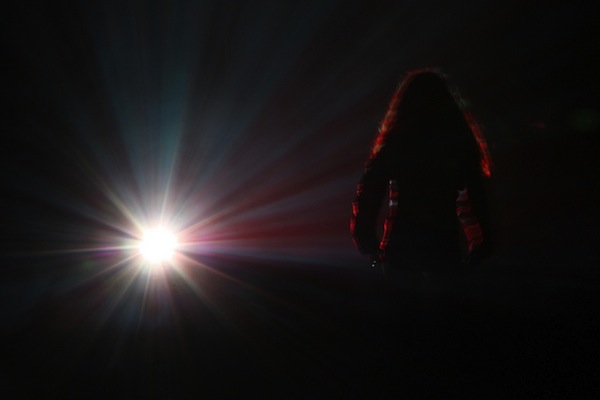 “It felt like everyone was turning me down – until I realized I wasn’t asking for anything.”

– The man who forgot to ask

A couple of days ago I was walking along Kamari – a little village we discovered when exploring Santorini by rental car. It was lunchtime and the beach was lined with a dozen or more restaurants.

While we were trying to decide where to eat, I stopped at the most appealing place and asked one of my standard questions…

Me: “Kalimera! This menu looks really good. Do you guys have any specials going on?”

Waiter: “Well, we can give you two glass of wine and you can rent our beach chair for free after eating.”

Me: “That sounds pretty nice. There are actually four of us, though.”

Waiter: “Okay, then we give you four glass of wine and four chair.”

Then he happily sat us down.

One question led to saving about 32 Euro – over half the price of a classy lunch for four. I wasn’t pushy. I just smiled and asked. As a result, he got our business and we got to taste some local Greek wine. Everyone was happier.

As it turns out, getting what you want usually comes down to one question.

I took a Karrass Negotiating seminar in San Francisco about five years ago. After two days of intensive interactive instruction, case studies and dozens of tactics, they finished with just one technique they claimed would make a bigger difference than anything else we’d learned – the 80/20 rule to getting what you want. Know what it was?

Most people don’t get what they want because they never sack up and ask for it. We build up reason after reason why we shouldn’t. Or we never think to ask in the first place. So we don’t. And we never find out. And the longer we go without asking or finding out, the more reasons we stack against it. The longer we wait, the less likely we are to ask.

And the worst part is that we avoid asking in the first place, not because of what other people have told us, but based on our own negative (and often false) assumptions of what they might say.

We talk ourselves out of all the possibility.

And then we wonder why we’re not making the progress we want to make.

I’ve been asking questions like this for years. Often times I just do it for fun – to see what might happen. And so far it’s saved me well over $15,000.

Once, it even lead to someone writing me a $100k check…

While my partner and I were building our investment fund a few years ago, we had talked about reaching out to some existing investors to see if they might want to add to their investment. One of them hadn’t gotten back to us.

Then one afternoon, I decided I’d just mention it in a casual, short and not so eloquent email…

Just wanted to check in on your thoughts on adding to your investment since we’d like to get things finalized this week.

If all is good on your end, then no need to reply.

Pretty pathetic email, I know. It screams low confidence. But at least I got it out. Then I headed to dinner.

Later that night, I got a short response…

“Please make the necessary arrangements to increase our investment by $100k.”

The money was in our account within the week. And to think how close I was to never pressing “send”.

But it’s not all about the money. The numbers just help make the point.

Asking is about giving yourself permission to make progress.

Questions have lead me to new partnerships and friendships, jobs, raises, promotions, business ideas and plenty of unexpected adventures – like having a 1 am nightcap on a $100 million yacht in Portofino only a few minutes after Chelsea and I met the owner (one of my favorite Connect with Anyone moments).

Asking questions is what creates possibility.

So what question have you been avoiding? Who should you be asking? My guess is there are plenty, but let’s start with just one.

Those are just ideas. You know your questions much better than I could. But any ask is huge progress compared to talking yourself out of showing up in the first place.

Give people permission to support your cause.

That’s the beauty of asking.

People usually want to help others. They especially want to support the ideas and people they believe in. Few things feel better. And with the right request and fit, ideally, you’ll be helping them as much as they’ll be helping you. But it’s way too much to expect them to know what you want or need. Make it obvious.

You won’t always get a yes, but at least you’ll know. Then based on the response, you can adjust and make the yes more likely next time.

And here’s the kicker. Since people would rather not flat-out reject you, even an initial no can lead to a smaller, sometimes more useful, yes.

Just be sure you’re ready with a lower level ask the moment you get the initial no.

Maybe they won’t invest $100k or purchase your flagship product, but perhaps they’d be happy to make an introduction or provide a testimonial. Maybe your boss won’t give you four days a week working from home, but after asking, he’ll probably be a lot more open to allowing one day or half a day. The restaurant won’t offer you free corkage but maybe they’ll settle for the private table in the corner with a view.

Always be genuine with your main request, but also realize that anchoring your ask to something big makes the smaller requests much more likely. Expect more support on these lower levels and be ready with options.

When done genuinely, the right ask deepens the connection.

If you don’t ask, the world can’t say yes.

We want things and might even spend months, years or a lifetime thinking about and waiting for them. But our fear – of the unknown or rejection or whatever – keeps us from ever doing the one thing that gives us a chance at getting it.

There are a lot of talented people in our community wondering how to make progress, build their business and make money from their skills, experience and ideas.

I used to wonder the same thing. My “business” didn’t make a dime until the day I decided to put a price on my services. I decided to ask. And people slowly started to say yes.

The sale, be it financial, emotional or any other type of buy-in, is impossible if there’s nothing to say yes to.

So, what can you start asking for? Share your question in the comments.