The 3-Step Process to Never Let Fear Stop You Again 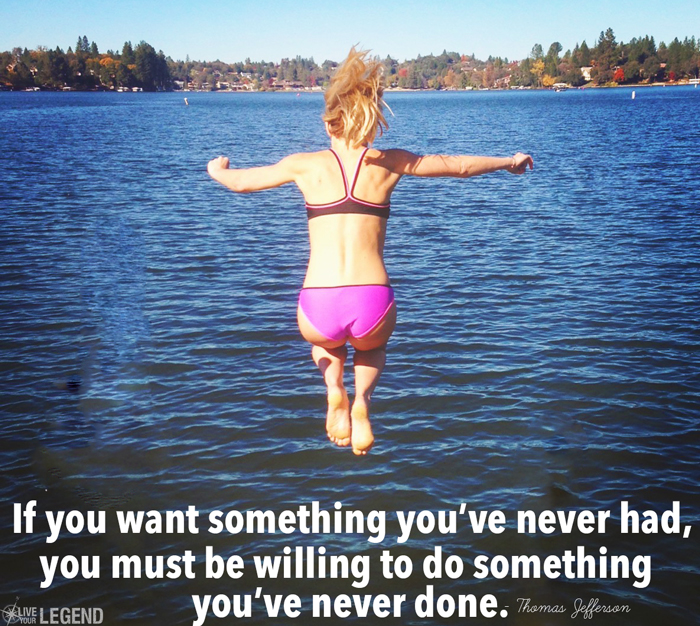 Have you ever felt paralyzed in the face of fear? Have you ever let fear stop you from doing something that mattered to you or to someone else?

Well, today we are going to talk about how to lean into life instead of fall into fear…

When Fear Creeps In

Last month at LYL was an unbelievably productive month! We launched the Start a Blog Challenge in honor of Scott’s Birthday, I spoke at UCSF, I’ve been putting my head down and working crazy hard on a new course that is all about how to discover your passion, I attended a retreat in Utah and I held a mini team retreat in Carmel for a few members of the LYL team. It’s been amazing few weeks, to say the least!

Well… I can say that now that it is all said and done, but I would not be truthful if I didn’t share the whole story…

“Courage is not the absence of fear, it is the ability to act in the presence of fear.” –Bruce Lee

Our lovely Leah and Naz organized a retreat on Community, Collaboration and Connection in Utah. They invited me to attend and when I got asked, it was a no-brainer. Given that we live on opposite sides of the world, I never get to see them. So being with them in person was reason enough, but many of our Live Your Legend Local hosts were also going to be there, so I saw it as an opportunity to be seized. There was no doubt in my mind that I was going!

Or so I thought… until I actually had a moment to think about what I was getting myself into when I showed up to the airport. As I was waiting to get through security, my mind started racing:

I would be lying if there wasn’t a part of me that sort of hoped I would miss my flight as I was going through my all-too-long security line.

But thankfully, I have done one scary thing after another over the past several months. And as I mentioned a few weeks ago, I now recognize that feeling of fear and see it as a form of excitement. To me, the physical feeling represents that I am about to grow, to expand, to evolve, to do something that matters! 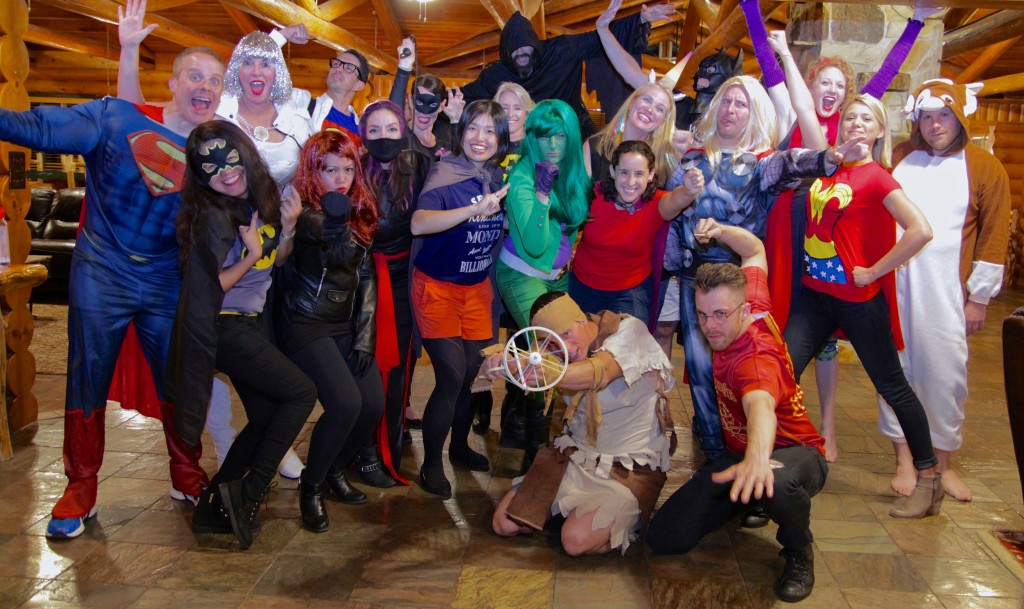 So I did board that flight and showed up to Utah for what turned out to be an unbelievable weekend of joy, inspiration and beautiful new friendships.

Learning to Dance with Fear

We recently talked about one dirty little F word, failure—but fear is another, sometimes even stronger, dirty little word. And it is something that can absolutely paralyze you, if you don’t learn how to manage it properly.

I showed up to Utah feeling a little unsettled, a little uneasy and definitely a little afraid of being holed up in a house in the middle of nowhere for a few days with these future friends.

And how does the event kick-off? Well, we all have to go around the table and share what we were afraid of about coming to the event (these ladies know the power of vulnerability)… Seriously?! I knew there was no way I could get through that without crying in front of everyone—and that right there was one of my biggest fears!

I wouldn’t say it’s easy to sit behind a computer and put my heart on the table, but there is a sense of safety in it. Even though I am exposed, I am still a bit hidden. And being seen by these people who admired Scott and respect Live Your Legend, in all ways—messy and not—was really scary. I was scared of what they would think about me—that I didn’t have it all together. I was scared about talking about Scott—was it too much, or too little? Yeah, I can show up and be present but does anyone get what I am going through?

So a few big deep breaths and a cry session later, I was past the moment that I so dreaded… And what was so interesting about it was… the thing I dreaded the most ended up bringing so much beauty to the weekend.

I showed up. I leaned into my fear. I let myself be imperfectly me and in being vulnerable, it opened up the space to allow everything else in. And that was why last week I was inspired to share with you my personal stories, fears and facts—because I know that deeper connections arise when you show up as you, no matter what that looks like.

You see, when you are caught up in fear, it’s generally all about me, me, me. Look at the questions I was asking:

But when you break down all that space, it opens up room for you to realize that it’s not all about you—that there is something so much more important than you. And when you give abundance, you receive even more back in return.

By not letting the fear stop me from showing up, or from sharing my feelings, I ended up hearing some of the most beautiful stories I’ve ever heard about Scott and how he changed people’s lives. I ended up bonding with 15+ people on a level I never could have imagined.

As the weekend progressed, I literally couldn’t even believe there was a thought in my head about not wanting to go! I showed up as a stranger to these people, yet we left feeling like family.

A few days after the weekend was over, I found myself in an eerily similar situation. I was taking three LYL team members down to Carmel for a mini team retreat… and my head started to go off again. What if this is a waste of everyone’s time? I don’t know how to hold a team retreat—what if I do it wrong? What if people don’t have a good time?

But thankfully, I have recently learned that fear will never disappear. It doesn’t go away, you just have to learn how to manage it.

I thought I would never be afraid to stand on a stage and give a speech after speaking at Scott’s service—that was truly one of the hardest things I’ve ever done, so no speaking engagement would be able to scare me ever again, right? Wrong!

And that is why I’ve realized…

The point is not to eliminate fear, it’s to dance with it.

Fear is going to creep in and want to take over. It WILL show up… But what will you do with it?

So how do you dance with this fear when it shows up?

Here’s a simple 3-step process that’s worked for me as I strive to turn fear into fuel:

1. Notice and Embrace the Fear

The first step in taking the reins of your life is to be aware and recognize that you do have a choice. Emotions may show up, but what you choose to do with them is always in your control.

Instead of letting fear cause you to shut down, allow it to open you up. When the fear shows up, reframe it by identifying an emotion that causes you to act instead of shut down. Some people don’t act well in the face of fear, but do in the face of anger. Personally, I am motivated to act when I am excited, which is why I have chosen to reframe fear as excitement.

It helps to remind myself that physiologically fear is not all that different than excitement. For me, I experience both of these feelings in my stomach. The feelings are actually very similar—the big difference is the story my head tells me about the future outcome. One I am looking forward to (excitement), the other I am not (fear or nervousness).

So instead of letting fear stop you, let it fuel you. Know that the feeling is simply a guide that you are about to do something that is going to cause you to learn a lesson, or to grow in a way you otherwise would not have.

An anchor is a reference point you can refer to. Here’s a short story of an example I experienced a few years ago:

When Scott and I were traveling in Thailand in 2013, we had an Airbnb guest in our apartment. He was staying there for the entirety of our 25-day trip.

About day 6 of our trip, our landlord sent out a standard message to all tenants stating that Airbnb has become popular but under their policy, tenants are not allowed to Airbnb their apartments.

My mind went from A–Z. I literally came up with this whole story about how they were going to find out we had an Airbnb guest, and we were going to get evicted and then have a terrible rental history and never be able to rent another apartment in SF—so we’d have to move to some city that we didn’t like because it was the only place we would be able to rent an apartment. A bit dramatic, don’t you think?! But we all do this with our worst case scenarios! We tend to exaggerate them beyond measure.

Anyway, the situation turned out fine. Our renter stayed in the apartment, which paid for most of our trip to Thailand. We had a home when we returned to SF, and all was good.

My lesson from that experience was that I now had an anchor for anytime my mind went from A—Z. Anytime I would find myself going to a crazy worst case, all I had to say to myself was “Thailand” and that became a reminder that what I think is going to happen isn’t always what is going to happen!

And I created the same for the weekend in Utah. When my mind started going crazy about the following team retreat, all I said to myself was “Utah.” And I was reminded that what I feared about my time there turned out to be the greatest gift. So who knows what might happen in Carmel??? 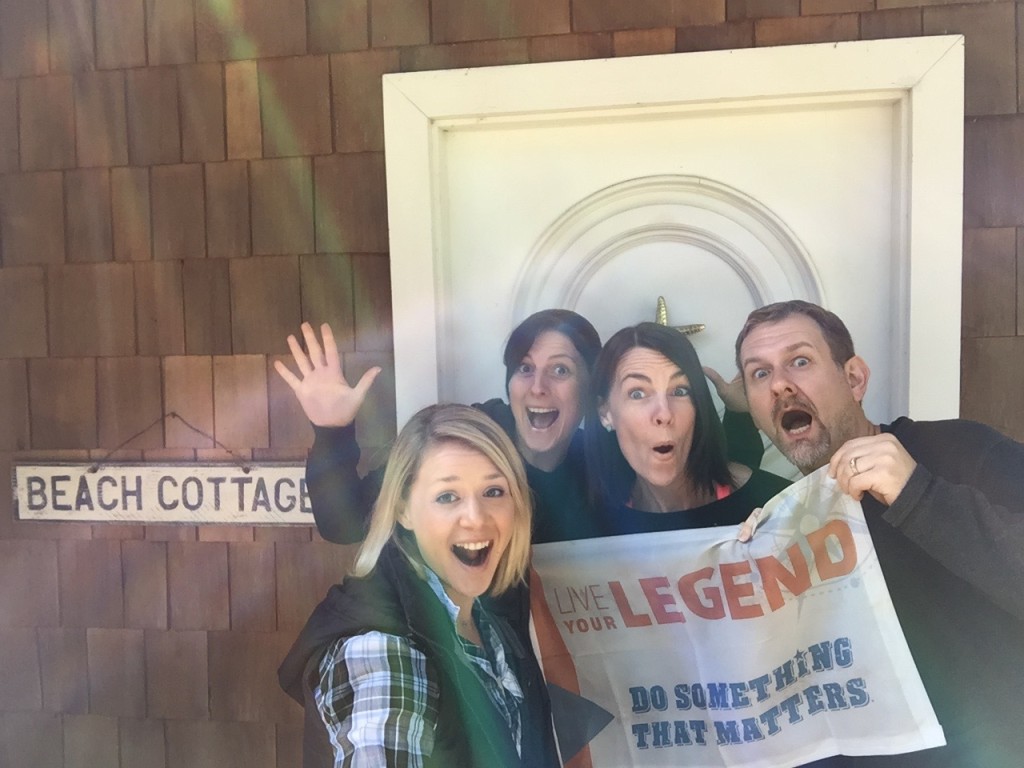 And good thing I didn’t let myself get caught up in fear because we ended up having an amazing and incredibly productive time as a team. We dreamed up so many amazing dreams that we cannot wait to share with you!

What a waste it would have been to spend the energy and effort thinking about all the things that could have gone wrong!!! It’s amazing that we let this dirty little word wreak so much havoc. Because more often than not, the things we fear most turn out to be some of the most rewarding experiences.

Fear is bound to appear. It’s unrealistic to think you can walk through life without it.

We’d love to hear a story of a time fear almost stopped you but you overcame. Create that anchor right now and share it in the comments below!

Here’s to big things ahead…

P.S.: Don’t forget to sign up to get a special bonus and be the first to know about 21 Days to Discover Your Passion, which will be coming out very soon, woot, woot!