The Guerilla Influence Formula and the Epic 1,000 Subscriber Guarantee: An Interview with Tyler Tervooren

14 Dec The Guerilla Influence Formula and the Epic 1,000 Subscriber Guarantee: An Interview with Tyler Tervooren

Posted at 05:20h in Life on Your Terms Interviews by Scott 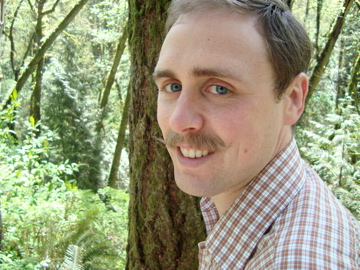 Tyler outside, likely on an adventure of some sort

“Most people, given the choice, will choose unhappiness over uncertainty unless presented with a compelling reason to do otherwise.”

If you want to live life on your own terms you have to spend time around the people who are actually doing it. They expand what’s possible. They inspire action.

The biggest reason people don’t pursue a life they deserve is because they think they’re different. I have news for you. You’re not.

Don’t kid yourself into thinking your circumstances are unique in a way that won’t allow you to experience the best of life.

It’s an excuse for inaction. There is a better way.

My Solution: The Life On Your Terms Interview Series

In the effort of exposing all of you (myself included) to people who decided to march to a different drummer, I am super excited to be launching the Life On Your Terms Interview Series. Every couple weeks I will share an interview with someone who is living the dream. They are not any different than anyone else, except they decided life is too short to settle for anything less than extraordinary.

Tyler has been running his business for the past year or so, dedicated to experiencing the most of life by taking calculated risks. Today he’s launching his flagship product, Guerrilla Influence Formula, which he built to help others create a powerful following for their cause. It even comes with a crazy bold ‘1,000 subscriber guarantee.‘ More on that below…

Tyler has accumulated well over 2,000 loyal followers in lightning speed (less than three months) and has been featured on the front page of MSN.com among others–all using these tools. I too have personally used many of them and have found great success. So let’s get into it.

1. What’s your story (of how you got to be living life on your terms)?

In 2009, just a few short months after starting a full-time job in construction out of college, I realized that career track was never going to work out (happily) for me, but I wasn’t sure exactly what I really wanted to do, so I started a blog and worked on it part time in the evenings after work. I really enjoyed the writing process, but the site never went anywhere. It was lacking something that would make it compelling to other people besides me and a very tiny group of friends.

Then, in early 2010, I got fired. For most people, that’s a terrifying experience, and I expected it to be the same way for me, but I never felt more than about 5 seconds of shock before feeling incredibly happy.

I was happy that I had gotten fired. That told me that I was definitely in the wrong line of work.

I took about a month to really think about what I wanted out of my life and my work, and that’s when I realized that a really positive recurring theme in my life was taking risks – all the times when I felt like I grew and learned the most, I was stretching myself beyond my comfort zone. That’s when it all started to click and I decided to create Advanced Riskology and base it around my 1% Club – the list of things I’m working towards that less than 1% of the world will ever do.

That’s my story and I’m sticking to it.

2. Amazing how getting canned can set the ball in motion. Did anything else give you the courage to strike out on your own?

I always wish I had a better answer for this, but I think the truth is more representative of most people. I didn’t really “get the courage” or create my own tipping point. I had planned on leaving my job – I even had a date set – but who knows if I would have actually done it.

When I got fired, I was sort of forced to make a decision. Do I want to waste a bunch of time looking for another job I’m going to hate or do I think I have what it takes to make it on my own? I decided that if I didn’t take the opportunity then to give myself a shot, then I probably wasn’t ever going to.

Most people, given the choice, will choose unhappiness over uncertainty unless presented with a compelling reason to do otherwise.

Unfortunately, most people aren’t ever presented with that compelling reason. I think it’s important to realize that and remember that if you really do want something to change, then your best bet is to find a way to force yourself to make a decision.

Nowadays, whenever I am struggling with a decision, I always try to find a way to force myself to choose what I really want. Usually, that’s by doing something small that sets it in motion right away, and doesn’t take a lot of courage, but marries you to the idea.

For instance, if you want to travel the world, don’t worry about figuring out the whole itinerary, just buy the non-refundable plane ticket. That’s usually compelling enough to get you to eventually figure out the rest of it.

3. You’re all about taking awesome risks, how does that apply to your business, clients and putting food on your table?

Well, I don’t have clients like most people think of them, but I do, obviously, answer to the several thousand people that read Advanced Riskology every day and support me by buying products that I recommend.

The risk is not there as much in the business as it is in the sense that people have come to trust me because I do what I say I’m going to do. I say that I’m going to take a lot of big risks in my life, and so the most important thing I do is document that and show people, as honestly as possible, how they turn out.

When people see me do that, and see that I’m honest, they trust me and are willing to buy from me if whatever I offer them makes sense.

Right now, I’m about to launch my flagship product, Guerrilla Influence Formula, a guide to help people like me with a strong social message find more followers for their cause. That’s not that much of a risk because I spent a lot of time making sure that it’s what my audience wanted, but if I didn’t have the credibility built up with them already, then it would be quite a big risk (and a dumb one at that, if I do say so myself) to launch a product to a bunch of people who don’t trust me.

4. Congrats on the launch! Let’s hear more about the new product. How will it help us?

The Guerrilla Influence Formula (GIF) is all the knowledge I’ve collected from over 18 months of testing and tweaking to figure out what strategies are most likely to work best for someone who has a strong message to find more followers for their cause.

I have two main goals for this product. First, I want to help people who care deeply about something find the other people in the world that will care as deeply as them so that they can be successful. Second, I want it to create as many success stories as possible so that other people who are still holding their most important message inside them see that it is possible to build a passionate following around anything that is important to you.

The world needs more people doing things they actually care about, and my goal is for GIF to put a dent in those statistics.

5. What would you say is the most valuable influence topic you cover in it?

I’m hesitant to say that any one part of it is more important than the other because it’s really designed to be a whole system.

The most important thing to know about the guide is that, while there’s no magic bullet to solve all your problems (has there ever been?), you can build a successful blog, business, non-profit, etc. around something you really care about, no matter how weird it is, as long as you’re willing to really live it, show people that you’re living it, and focus on attracting the right people.

GIF focuses on the strategies that will help you do that effectively.

6. What advice do you have for those on the edge, looking to live life on their terms?

Is what you really want to do that scary? You convince yourself that it is, but when you really think about the consequences, how bad is it, really?

The thoughts that you harbor every day are what will determine if you get what you want or not. Hopes and fears are often self-fulfilling prophecies. You are what you repeatedly do and you get what you fixate your mind on. It’s easy to talk yourself out of doing something important because of what would happen if it went wrong. But what if, instead, you focused on all the things that could go right?

The edge is the only place where life really happens. Best to just get used to it.

And there you have it–spoken like a truly advanced risk taker. Tyler has done some unbelievable things in the past 18 months and I feel fortunate to consider him a friend and motivator. I have personally used many of the techniques in Guerrilla Influence Formula and have experienced kick-ass success as a result.

My Story–Success with Tyler’s Tools

I started using his techniques in April, 2010 and since then, in the past 9 months, my following has increased by over twenty fold. From 120 subscribers to over 2,400 today. This stuff works. I’m grateful that Tyler has packaged it up in a way that’s so directly useful. Hats off to what you’ve built and to be truly living life on your own terms.

A Bonus if You Buy in the Next 4 Days:

Tyler’s Guerrilla Influence Formula officially launches today. I encourage you to check it out. If you have any interest in building a location independent business online or just spreading a message in a big way, I think you’ll be impressed. As a bonus Tyler is offering an exclusive “anything goes” Q&A webinar, for those who buy in the next 4 days (before midnight on Friday night Dec. 17th).

Tyler’s so convinced of the value to all you that he’s offering an epic ‘1,000 Subscriber Guarantee‘. If what you learn and apply in GIF doesn’t give you an additional 1,000+ subscribers, you get your money back. No questions asked. That’s the kicker that blew my mind.

Do you have questions for Tyler? Please leave them in the comments section below because your thoughts are what really make this stuff useful and actionable!