The Importance of Meaningful Connections: How I Prepared for My World Domination Summit Keynote & Why No One Does Anything Alone 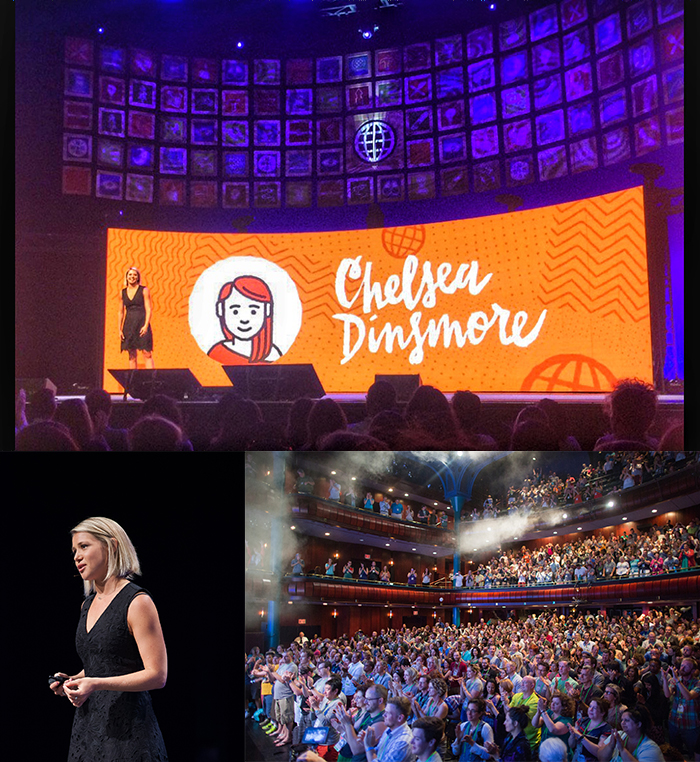 24 Aug The Importance of Meaningful Connections: How I Prepared for My World Domination Summit Keynote & Why No One Does Anything Alone

Chelsea Dinsmore on the Main Stage at World Domination Summit 2016

Last week I stood on stage at the World Domination Summit (WDS) and delivered a 30-minute keynote speech to more than 1,000 people.

It was something I never dreamed I was capable of doing.

And while I stood on that stage on my own, what I delivered by no means came together solely from my own efforts.

So, today I want to share with you the process I used to face this new challenge, in the hope that you might take from it some tips, tools and mindset shifts to help you face your own new challenge. This is not “Public Speaking 101”—this process is simply a way to face anything that feels outside of your comfort zone—and why meaningful connections are absolutely key to that.

How I Prepared for My WDS Speech

I don’t really have much public speaking experience. I was senior class president in high school, so delivered a short message at graduation. I delivered remarks at Scott’s memorial service. And back in April I gave a speech on connecting to a group of students. So, I am by no means an expert.

I was asked to speak at WDS back in November. So while I had about 10 months notice, in reality my real prep came together starting in June.

My first step was to get the message I wanted to deliver together.

Step 1: Start with the End in Mind 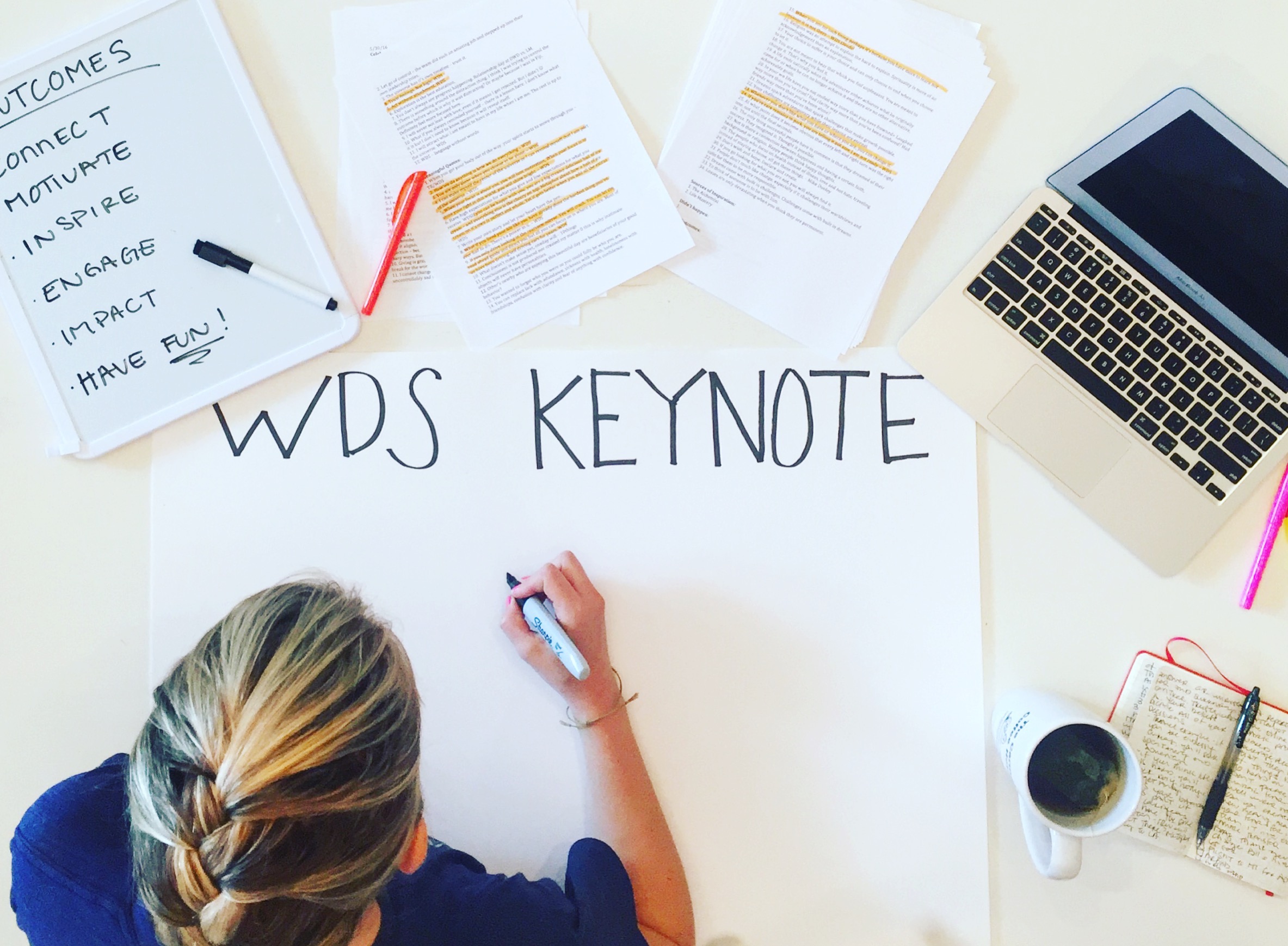 I was given broad instructions on the topic of my talk. Basically it could be anything that fit with the theme of the event: how to live an unconventional life in a conventional world. I had been an attendee at this event two times in the past so I sort of knew the theme, the crowd and the energy I was going into.

To get some focused space, I retreated to a family beach house by myself with my journal, my computer, my lessons from my weekly planning process since September, and a ton of ideas to hone my message into something that could be delivered in 30 minutes.

I knew that I wanted to talk about why and how I have processed the loss of Scott over the last 11 months. But how could I possibly narrow that down to a few main points? There are soooo many things that I have done—but I knew I needed to relate to the audience and deliver something that left them with a take away.

So I first came up with my outcomes—an important step in determining how to pare anything down!!!

And then I spent many hours, a lot of procrastination, a few glasses of wine (and at one point an entire chocolate bar in a single sitting) coming up with my main lessons from the year. I had 25+, which I grouped into about five main lessons and then ended up choosing three to fit into the time limit. I tried to choose ones that would relate to any difficult situation and that also provided take away’s the crowd could actually implement.

Step 2: Step Away to Let the Ideas Brew

I then went on a trip where I let the general ideas brew. I casually talked about it to almost anyone who would listen to help me integrate the ideas and flow (and also to get feedback).

I sought further inspiration as I was traveling since I had the general ideas on my mind already. I thought about it in my moments alone. And I did some initial writing of the talk as I traveled (because as I mentioned, my best writing seems to happens when I fly).

This was a casual approach to helping me fully embrace the overall idea of the talk.

Step 3: Seek out a Village of Help (and Practice a Sh*t Ton!)

We talk a lot at LYL about cultivating meaningful connections and this is exactly why.

The message I delivered on that stage last week was not a result of my doing. It was a result of the input of a village of people.

Just a few to be exact…. 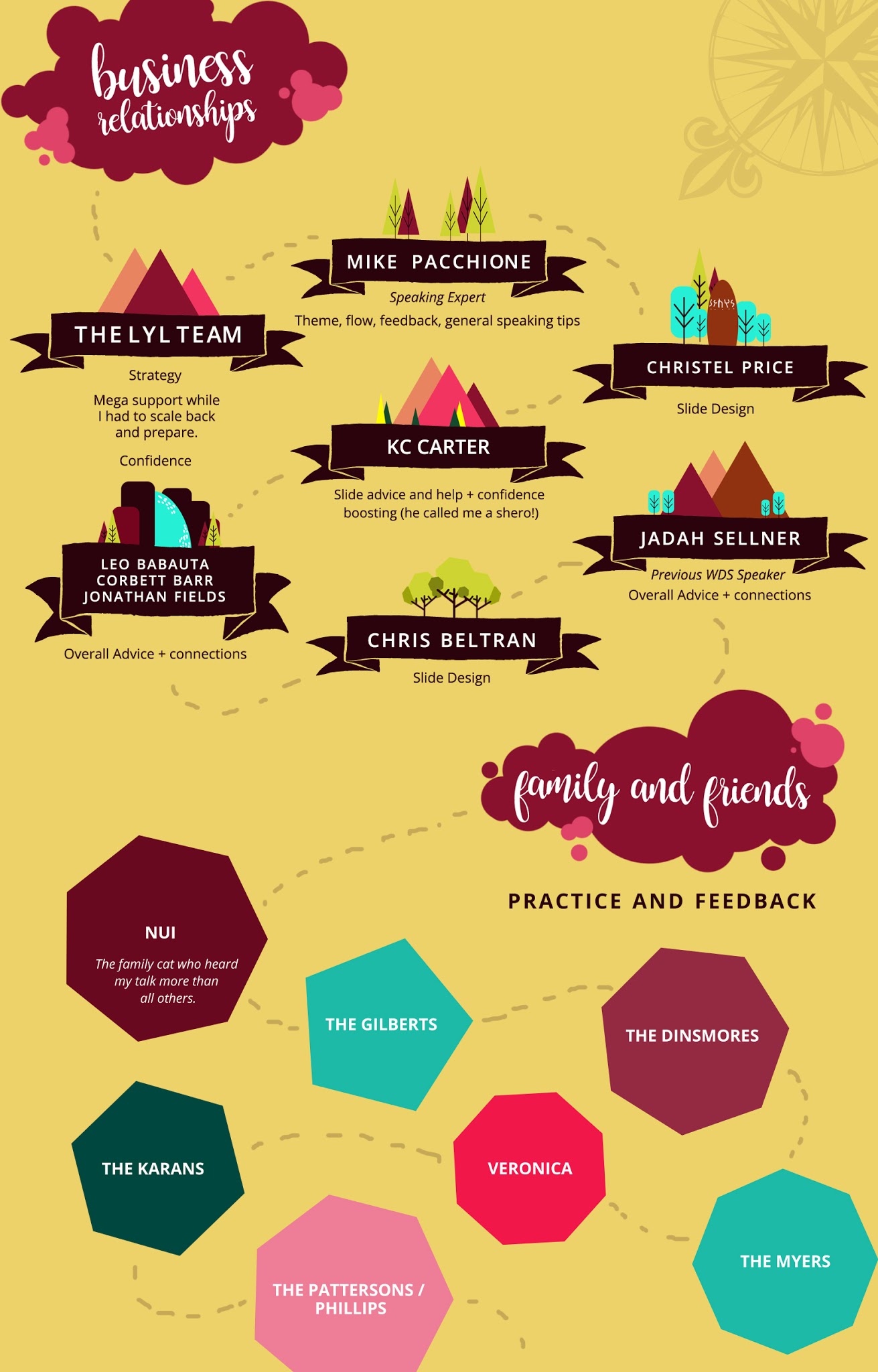 And this is why meaningful connections matter.

Because I was asked to do something that had the opportunity to make an impact. And while I could have stood up there and said something, what I said was 10 times better because of the advice, feedback, strategy, input, love, and effort of those around me.

If I hadn’t spent years cultivating actual meaningful connections (where I added value in some way shape or form to them), they likely wouldn’t have been willing to add value in return when I needed it.

I scheduled dinners at friends houses and offered to cook for them (add value) in exchange for them listening to my talk and giving feedback. One, because it is really hard to practice on your own (although the family cat Nui, did hear the speech more than any other). Scheduling those dinners not only kept me accountable, but also practicing in front of your best friends and family members is far more difficult than practicing in front of a large group where there are bright lights and you can’t really see into anyone’s eyes when your story makes them cry…

As hard as it was to change what I had been trying to practice, hearing people’s feedback helped me understand how they took my message. I asked every single person what they liked best and where they got lost, or what they didn’t fully understand. It would have been easy to sit and think I knew exactly how people were going to take what I said, but I got a lot of insight as I heard what people actually heard.

To Add Value, Be Grateful

With my business connections, I had people hop on the phone with me despite their very busy weeks, meet slide deadlines with only days and give me loads of support before and the day of.

But only because I wasn’t only asking for help. In some way in the past, I had given some sort of advice, help or something else in return.

And I made sure to leave those connections with a thank you from me. Some people received gifts in the mail, others email thank yous with how their advice specifically helped me deliver what I did that day.

Honestly, adding value to someone isn’t all that hard—as everyone loves to hear how they helped you out. So paying attention to their specific advice, implementing it and letting them know the outcome is one of many ways to begin to cultivate meaningful connections with others…

No One Does Anything Alone 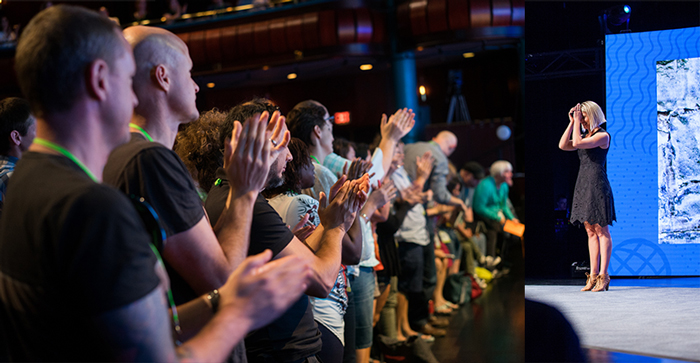 At the end of my speech, I received a very generous standing ovation.

But that standing ovation was not for me….

It was for all those who helped me prepare what I delivered on that day.

It was the effort of many, not just one. It was the result of connections cultivated over years. And it led to some very cool outcomes—including a girl who got a tattoo immediately after with something I said on stage!!!

And that is why, as we have mentioned before, we are super excited to release Connect With Anyone in just a few weeks. Because not only was it Scott’s proudest work, but he did not build Live Your Legend alone and I have not kept it alive alone.

So today I encourage you to think about who you have in your corner? And what connections you currently have where you give and receive value?

And, it’s those connections that will lead to whatever lies ahead…

To the people who make me a better version of me,

P.S. The concept of adding value mentioned in this post is just a small glimpse of the wealth of information we cover in our How to Connect With Anyone course. We go into detail, provide specific examples and set you up in teams and masterminds to ensure that there is absolutely no chance of not achieving success. It is a course not to be missed, so sign up for the waitlist today!