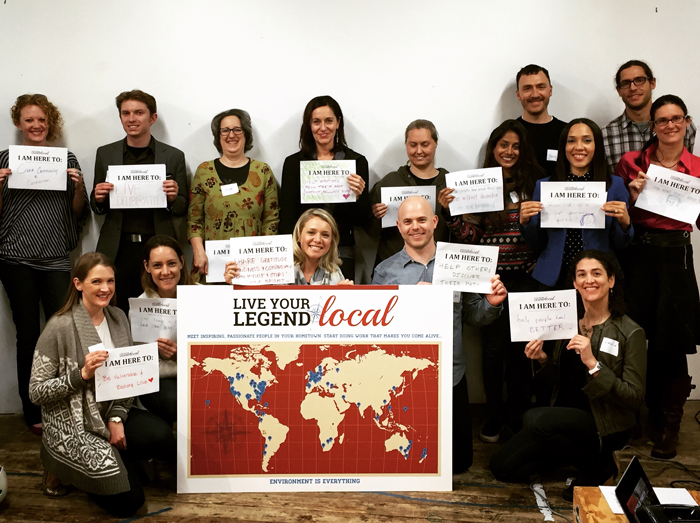 Have you ever wondered where you belong? Or maybe just felt like no-one totally ‘gets’ you? Alternatively, perhaps you’ve experienced the unparalleled joy of being around like-minded people that you could just talk with for hours!

I’ve definitely experienced both but a few weeks ago I touched on the topic of the need to belong, as I have to admit that was one of the stranger feelings that came up for me since losing Scott.

The two of us were very much on the same page with a lot of things: how we wanted to spend our days, how we wanted to spend our money, the things that mattered most to us and the way we envisioned our future. I also knew we were doing things a bit off the beaten path. And while I always appreciated having someone like him, who completely ‘got me,’ I guess I didn’t realize what a tremendous comfort it was until he was gone…

As I mentioned a few weeks ago, walking a somewhat alternative path is discomforting no matter what, but doing it alongside someone else brings an unspeakable reassurance. I suddenly started looking at my life without him and began to question everything…

I have an unbelievable support system in my friends, family and through this community and all of the decisions life we made were intentional. But there was still a part of me that truly felt like I woke up all alone one day in the middle of the desert miles from anything or anyone relatable – trying to figure out which direction to turn to get back towards some semblance of understanding. It was a level of emptiness I never could have imagined.

It was a somewhat surprising feeling to me since, as I mentioned, I really do have an unbelievable support system. And up until that point, I hadn’t really ever felt like I didn’t belong, even though it had been 8+ years since Scott and I gave up the scripted path and started doing things a little differently. But drastic changes can lead to drastic emotions…

And that is why I am thankful that I made the decision a few months ago to approach this process by being endlessly curious. Scott was a huge proponent of asking why about everything and I think that has saved me during the times when I am suddenly blindsided by unexpected or unknown emotions.

Because instead of getting stuck there and accepting anything as permanent, defined or true, I try to approach what comes up with curiosity and questioning. This allows me to turn an uncomfortable feeling, thought or emotion from a fact (‘Wow, I really don’t belong anywhere now!’) into a question (‘I wonder what this feeling of not belonging could be about? What else could this mean?’)

So as I started to recognize and notice this particular feeling, it set me on a path of wondering:

Scientific Proof of the Human Need to Belong

I started digging into the subject matter and found study after study reporting that a sense of belonging is a basic human need required to achieve general levels of health, happiness and survival.

My good friend and author, Lissa Rankin wrote a book entitled Mind Over Medicine: Scientific Proof That You Can Heal Yourself. It shares decades of medical research proving the real underlying lifestyle causes of most disease, and the various miraculous ways our mind and body are able to either cure themselves or keep us from getting sick in the first place. Here are just a few examples:

In this popular Ted Talk “What Makes a Good Life?”, psychiatrist Robert Waldinger shares important lessons learned from the longest study ever done on happiness. Over 75 years of research on happiness has shown the following:

And finally, one of the most well known studies on the subject matter is Maslow’s Hierarchy of Human Needs. Abraham Maslow published a paper entitled “A Theory of Human Motivation” as he was on a quest to understand what it is that motivates people. And in that he came up with the idea that we all have 5 human needs that must be met in order to survive: 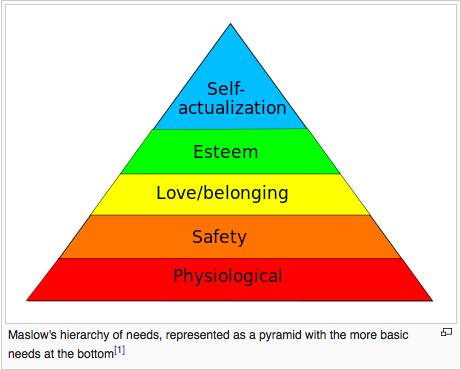 I could continue to list study after study showing the importance of belonging but I think it is pretty clear that a strong community creates a longer, happier and more fulfilling life.

And according to Maslow, you’ll never actually be able to reach your full potential without having that community in your corner!

The Live Your Legend Community

As much as I always knew that community was important (which is why it has always been such a huge focus at LYL), this research solidified it for me in a way that brought a whole new light and importance to the topic of surrounding yourself with the right people.

We’ve proven through our courses and our communities that the quickest way to do the things you think are impossible is to surround yourself with the people who make it possible.

The Birth of Live Your Legend Local

As many of you know, Scott had a pipe dream a few years ago of creating in-person communities. I think he was wise beyond his years that he had the foresight to see how much harm modern technology could have on our human connection.

With the help and support of members of LYL, he decided to start something that he had no idea how he would ever actually do – to build free live communities around the globe so people could have access to like-minded and uplifting people anywhere in the world.

I will never forget when he first told me about this idea. He had absolutely no idea how to make it happen but thankfully he was a big believer in experimentation because in 2013, Live Your Legend Local was born…

And last month we had our 3rd Annual World Party, where we had live meet-ups on the same day (in the local time zone) hosted in over 110 cities and 60 countries around the world.

So it is with immeasurable joy that today I get to share with you the power of the community we have built here at Live Your Legend. Here is a snapshot of what that little World Party looked like…

So, while there are many things that are new and different in what my day to day looks like, now that I have had the space to move through that unexpected feeling and questioning of  ‘Where do I belong?’, I’ve come to see and realize that I do belong and I always have.

And we actually all belong, because we are all connected. It may not always appear that way on the surface, but when you look deeper there is no denying that it is our role as humans to support one another – for without that support, we would not survive.

“You are here to enable the divine purpose of the Universe to unfold. That is how important you are.” – Eckhart Tolle

I consider every single one of you reading this is my family and my community. We are a group of dreamers and doers that all believe in the same thing. That it doesn’t have to be one way – that if we leverage our own unique strengths, the world will be a better place.

So today I thank all of you for reminding me, for empowering the forward movement of this mission, for being living examples of why we are all here and for giving me the inspiration and motivation to show up.

And if you’ve ever felt like you don’t belong, we hope that through our free communities you, too, can find safe spaces all across the globe that support and encourage you to share your most important dreams. And that these communities will allow you to experience that sense of belonging so that you are supported in reaching your greatest potential.

P.S. Be sure to check out Live Your Legend Local for the meet-up nearest you. And let us know in the comments below.. “Why are you here?”

P.P.S. Next month I will be joining Leah and Naz in Utah for a retreat all about Community, Collaboration and Connection. They tell me there are a few spots left if anyone is interested in joining us to connect and play! If so, email us so you can get your special LYL discount – $500 off, woot!