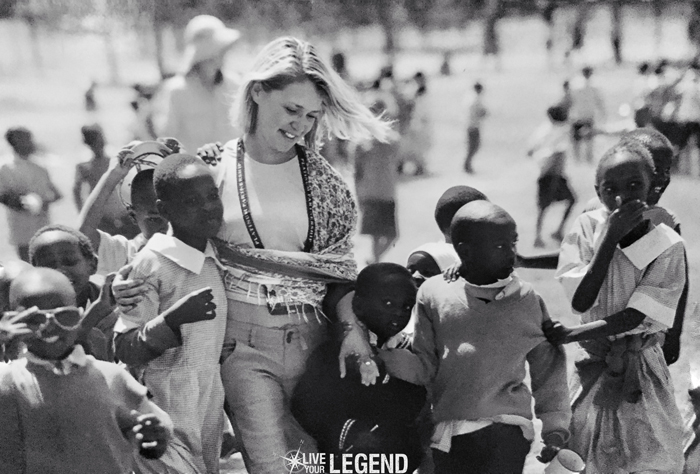 “Your contribution to the world can be as large as an island or as simple as a strong emotion. Both (and everything in between) are magnificent, significant gifts to humanity.” –Amy Larson

Have you ever had an experience that changed you? One that touched you so deeply or inspired you so fully, it caused to to act differently from that point on? Well, here’s a little story about one of those experiences for me…

I visited Africa for the first time 9 years ago. Shortly after that trip, I quit my soul-sucking Public Relations job and decided to pursue something that actually mattered to me. It wasn’t just being away from the office for a few weeks that did it. It was the lessons that lingered afterwards, the reminders that I couldn’t seem to shake.

I recently shared 8 reasons why I think exploration is the best education—but really, it’s pretty simple. It’s because:

Your experiences create your passions.

So, after that initial trip and quitting my job, I had plans to go spend some time in Africa through a fellowship program. But Scott and I then decided it was something we wanted to do together (and was what we had planned to do after summiting Kilimanjaro). I put that dream on hold for a bit to prioritize some other things in my life—a decision I am glad I made today.

But to honor that lingering spark inside of me, recently I joined a trip to Kenya where the focus was adventure and contribution: 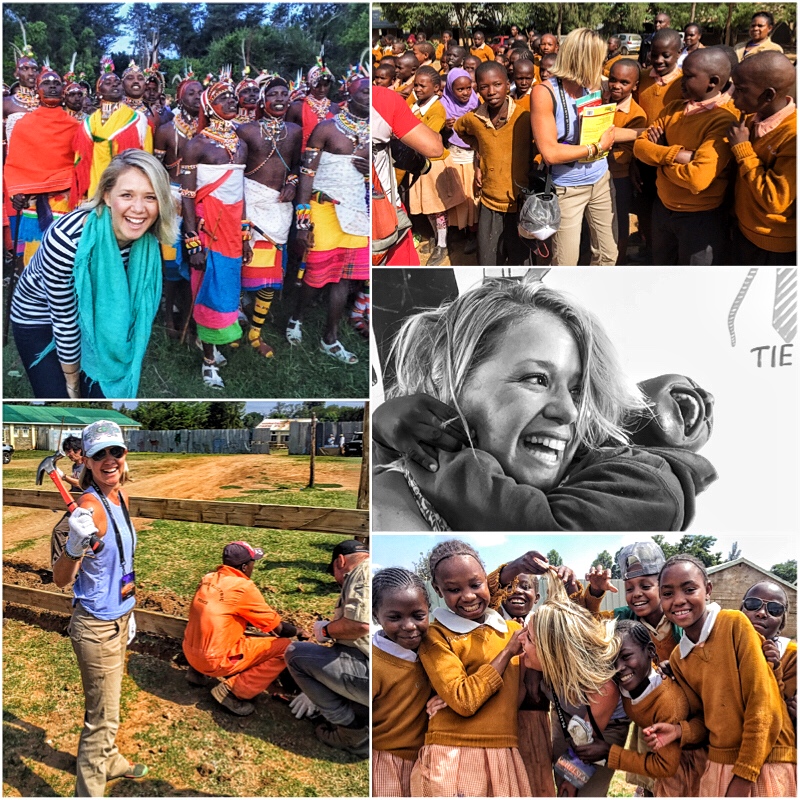 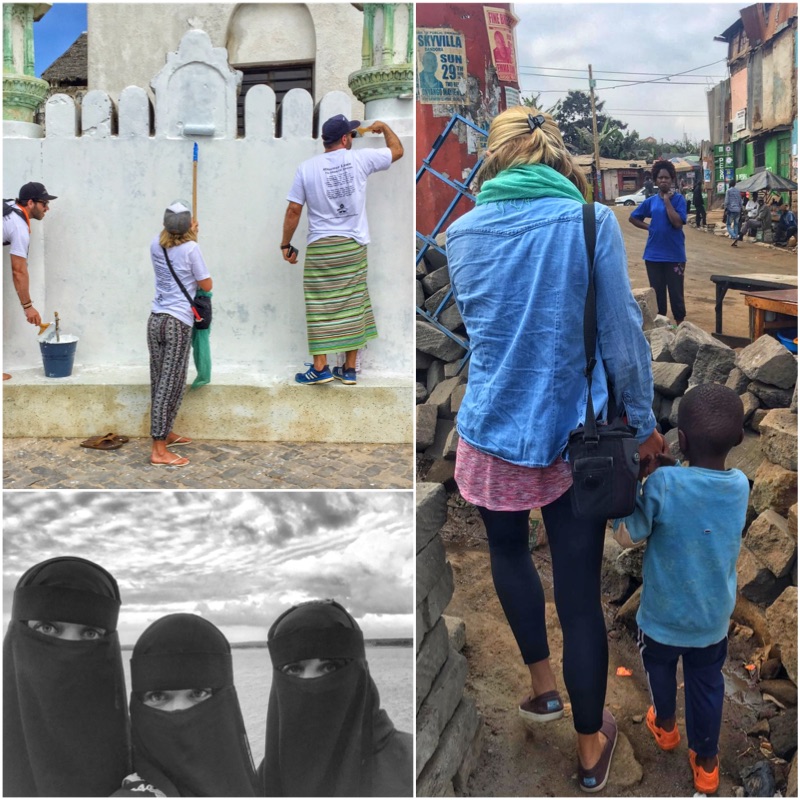 It was a transformative trip to say the least… and once again reminded me that experiences are far more important than anything you can gain from afar.

So, while this trip left me reeling with many deep thoughts and lessons learned, because the focus at Live Your Legend this month is all about connecting, today I want to share with you the main lesson that contribution taught me about connection. And that is…

You Always Have More to Give Than You Realize

We often approach things thinking about how we will benefit or what we will gain. But when you shift your focus, instead, to realizing that you have so much to give, everything changes.

And giving is actually not hard because…

Your presence gives to others in ways you could never imagine.

And that is why it is SO important to get out there in the world, out of your comfort zone, and around new people, places, experiences and things!!!

As I mentioned earlier, we went on a run with the Kenyans (my lungs surely felt it afterwards!). It was a very cool, once-in-a-lifetime experience for me and my group—and that was likely the intention of the activity.

However, after the race was over, a friend asked me to help him with some stretching so he went into a backbend (bridge pose). The warriors were amazed with what they saw, which then turned into all of us forming a breakdancing-style circle where we performed our best gymnastics and yoga tricks as they sat and watched in awe.

Same was true with the children at the primary school. All I did was show up—and they were beyond excited about playing with my hair, borrowing my sunglasses and hat and playing schoolyard games.

Giving massively was literally as simple showing up. And in turn it led to such a beautiful flow of giving and receiving. Because I got as much, if not more, from them.

So next time you are considering not going somewhere out of your own fear, remind yourself that it’s your duty to bring your energy and presence to others—for you never know what you are going to give to someone else in the process. You can read more about that idea here.

And on a much larger scale…

To connect is to understand that we are more similar than we are different.

In light of all that has gone on in the world lately—acts of racism, acts of terrorism and much, much more—it would be easy for one to look at humanity with an unhopeful eye.

On my journey home from Africa, I flew through Kilimanjaro, a place that took a lot from me. I then flew through Istanbul in the middle of the military coup. In the process, my camera and hard drive (containing basically every picture from my whole life) were stolen.

More reasons to see evil in the world? If you choose to. Does loosing my stuff suck? No doubt.

However, nothing will ever compare to the countless beautiful moments that I shared with other human beings the week prior. And, I choose to focus on those moments instead. Because one act of evil will never trump the endless acts of kindness, sharing, giving and connecting that I experienced.

And, I don’t know about you, but I absolutely refuse to lose faith in humanity. (It’s a MUST for me!)

For many reasons, but if nothing else, because I truly believe that we are all in this together.

When we put boundaries around ourselves—whether political, racial or geographic, we create a separation. But the moment you actually look into someone’s eyes, you look beyond the boundaries we set, which allows you to remember that we are far more similar than we are different. 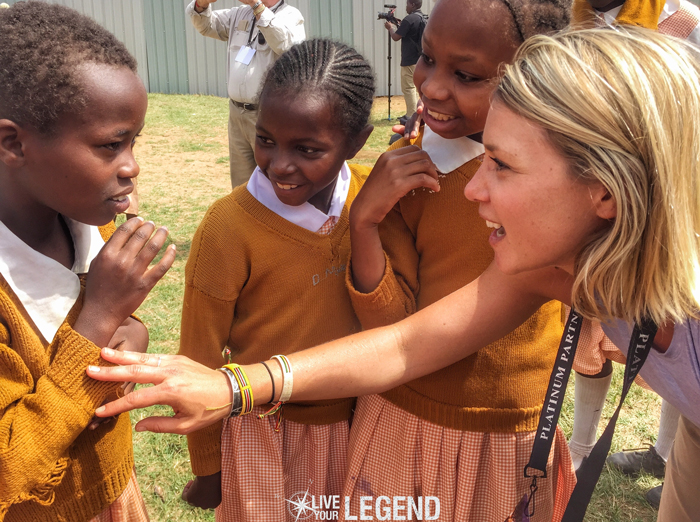 Ubuntu: the belief in a universal bond of sharing that connects all humanity

I truly think the world would be an altogether different place if, rather than rushing past one another, we actually spent time looking at one another—because when we do so, we connect at the deepest level possible.

In this world desperately in need of more love and less hate, we all have a choice to make. While there are much larger ways to give back, if this trip taught me anything, it’s that simple acts do make a big difference. So…

Show up, because when you do you give to others.

Share a smile, because every single action you take does affect those around you.

Know that in any given moment, you have the choice to make someone day a little bit better.

Look into someone’s eyes, because to connect is to contribute.

Question yourself often. Why are you doing what you are doing?

And even in the midst of the ugly acts in the world, know that beauty does still exist within and between us.

When you start to notice (instead of take for granted) the simple things, the small acts that take place a million times a minute between people and strangers—such as a touch, a hug, a laugh, a kiss or a smile—that’s when we start to realize that there actually is far more beauty in the world than there is evil.

I believe it’s our responsibility to give to one another, not just those that we see as similar to ourselves. So, show up. Give. Receive. Connect. Share. And to allow your experiences to create your passions.

Because in the end, it’s important to remember that this is not your world, this is our world—and we really are all walking the same road together…

P.S. We have an entire course dedicated to Discovering Your Passion, and a huge focus of that course is to go out and experience and test what it is that you think you are passionate about. Because an idea is nice, but it absolutely pales in comparison to a tangible experience—to actually being able to feel whether or not something lights you up. If you are interested, you can find out more here.