What Took Live Your Legend from a No-Income, No-Name Business into a Multiple 6-Figure Global Movement + Connect With Anyone is Now Available! 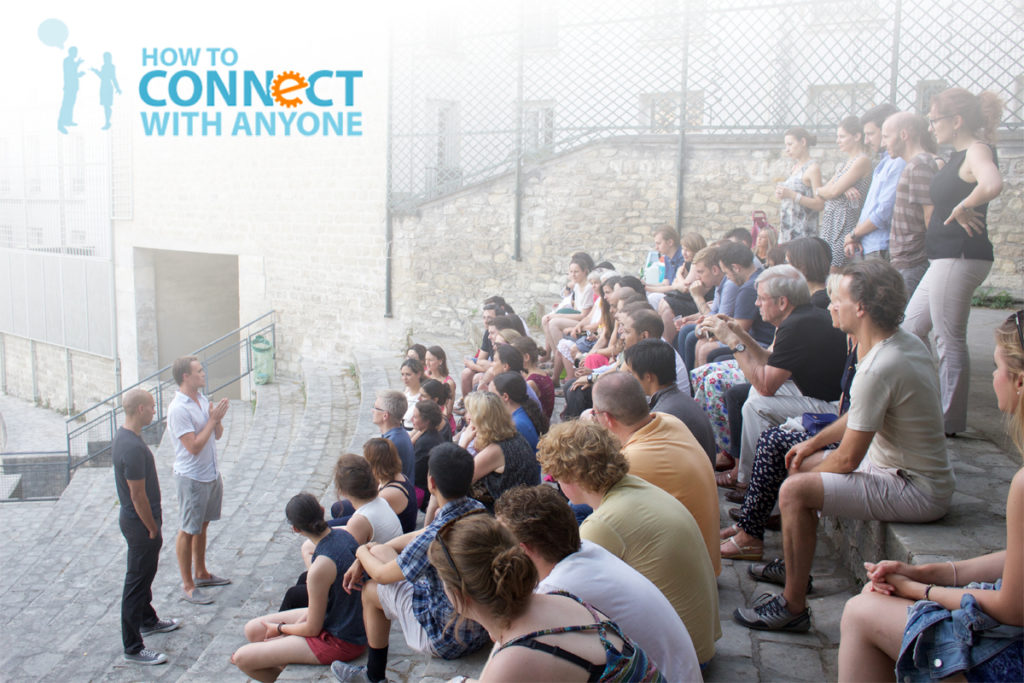 06 Sep What Took Live Your Legend from a No-Income, No-Name Business into a Multiple 6-Figure Global Movement + Connect With Anyone is Now Available!

As some of you know from Scott’s TED Talk (which we are proud to say today has over 7 million views!), the first four years Live Your Legend was alive, it got absolutely no traction. Like zero!

The only people following Scott’s work were myself, a few family members and some close friends. And I will be totally honest, after I quit being Scott’s editor, I didn’t even actually read all his articles, ha! I always joked that he had quite the gift for gab (aka, he knew how to write reeeaaaallllly long articles!).

Anyway, the frustration was getting to him, and after four years, he was about to shut it down.

Then something interesting happened.

At the exact time he was going to close shop and move on, he happened to meet a few people that were running companies, websites and blogs—and had built unreal businesses around them that were supporting their families with pretty amazing lifestyles.

It blew both of our minds. We had no idea those kind of businesses existed. And I can safely say today, that it takes a lot of explaining on my part of how I am able to travel so much while running a business like I do. Most people simply stare at me with a blank face because they, too, don’t understand how it’s possible.

Anyway, over the next couple months, knowing one person living that kind of lifestyle turned into two and then into dozens. Scott did all he could to connect with those people over email, Skype, beers, double dates, workouts, etc.

Then within six months, guess what happened?

Live Your Legend grew by 10x.

In another 12 months it grew by over 160x. And today we have an international team and over 250,000 people from every country in the world that use our career and connection tools—and we have live, in-person meetups in 250 cities in 69 countries around the world.

Live Your Legend went from almost shutting its doors to a thriving business that not only helps solve a serious problem in the world—helping people live their legend and connect with like-minded souls, but also supports a lifestyle I feel incredibly thankful to have.

And the reason was simple…

Changing our surroundings changed our belief of what was possible.

Before meeting all those people, Scott’s thinking was, “How could I possibly build a business like this?”

Then within months, without even knowing it, his thinking suddenly switched to, “How could I possibly not?”

And it was that shift in thinking that rippled across our whole lives.

From Stuck to Success

Scott felt more strongly about this idea of surrounding yourself with passionate people than any other idea he shared at Live Your Legend. He truly believed it is the one thing that can take anyone from stuck to success.

Which is why today we are thrilled to announce the release of his proudest work, the How to Connect With Anyone (CWA) course. Scott poured his heart and soul into all he did at LYL, but nothing as much as this course…

He knew first hand the tremendous power and impact that changing his surroundings had on his business and life as a whole. He felt it was so important that he built CWA around the idea of:

How to Connect With Anyone is for you if you…

And the best news is, you don’t have to take my or Scott’s word for it, because every one of our major success stories from Live Your Legend has come from our Connect With Anyone graduates.

Connect With Anyone is the flagship course of Live Your Legend, but due to our travels last year, we were not able to launch it—so I am beyond thrilled to have this proud work finally be live again after two years of being locked up.

I know Scott is doing handstands somewhere knowing that this work will be able to reach 250 more people in the coming months!

That being said, due to the nature of the course, space is limited—we place you in masterminds and teams (so you immediately have connections to complete the coursework with). And because our insiders got first access, we’ve already had many claim their spots.

Close of registration is September 11, 2016 at midnight PST—and then CWA won’t be available again until 2017.

So if you want to take your life to the next level, and surround yourself with passionate people who won’t let you fail, be sure to…

After all, there is no better time than now….

We can’t wait to see and hear your success story!

–Chelsea Dinsmore and the Live Your Legend Team

P.S. Still have more questions about CWA? Check out our full page about all that’s included in the course.