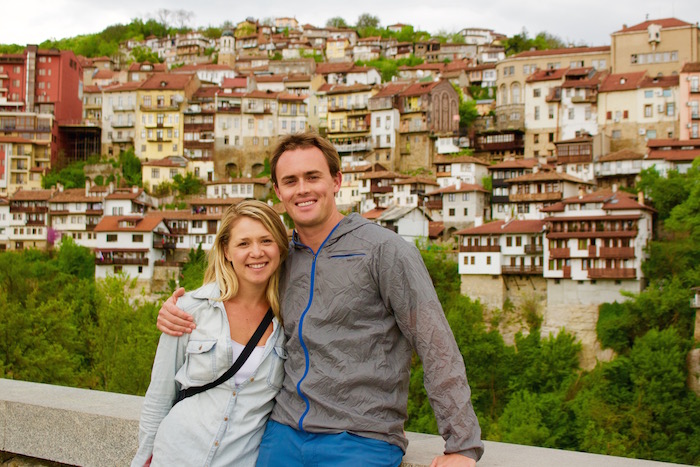 Posted at 03:28h in World Tour by Chelsea Dinsmore

WHERE WE ARE… NOW: Atrani, Italy • LAST: Rome, Italy • NEXT: Positano, Italy

While we loved our time in Romania, we made the conscious choice to spend a lot more time in Bulgaria. Why? Well to be honest, we could have split our time evenly between the two, but we’ve learned in the past that the real way to get to know a place (a bit of the language, the food, the culture, etc.) is to spend a decent amount of time and create some space to allow for the unexpected! 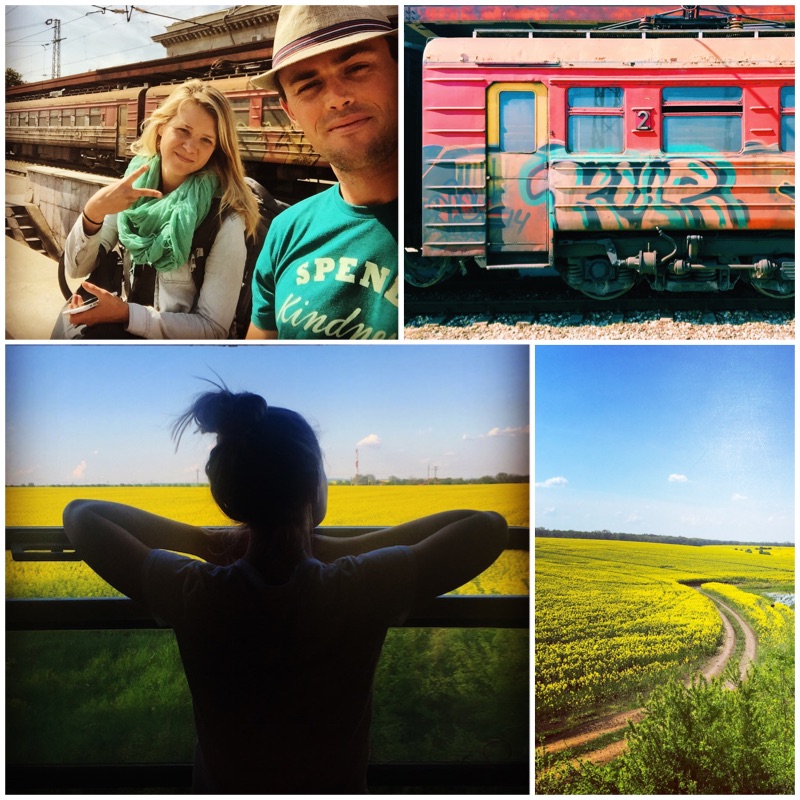 Fields of yellow flowers for miles and miles.

For whatever reason we decided Bulgaria seemed more manageable to spend a month. So on April 26 we hopped on a 12-hour train with no intentions of leaving the country until meeting our friends in Florence nearly a month later. What we discovered became one of the most pleasant surprises we’ve had on this trip so far! 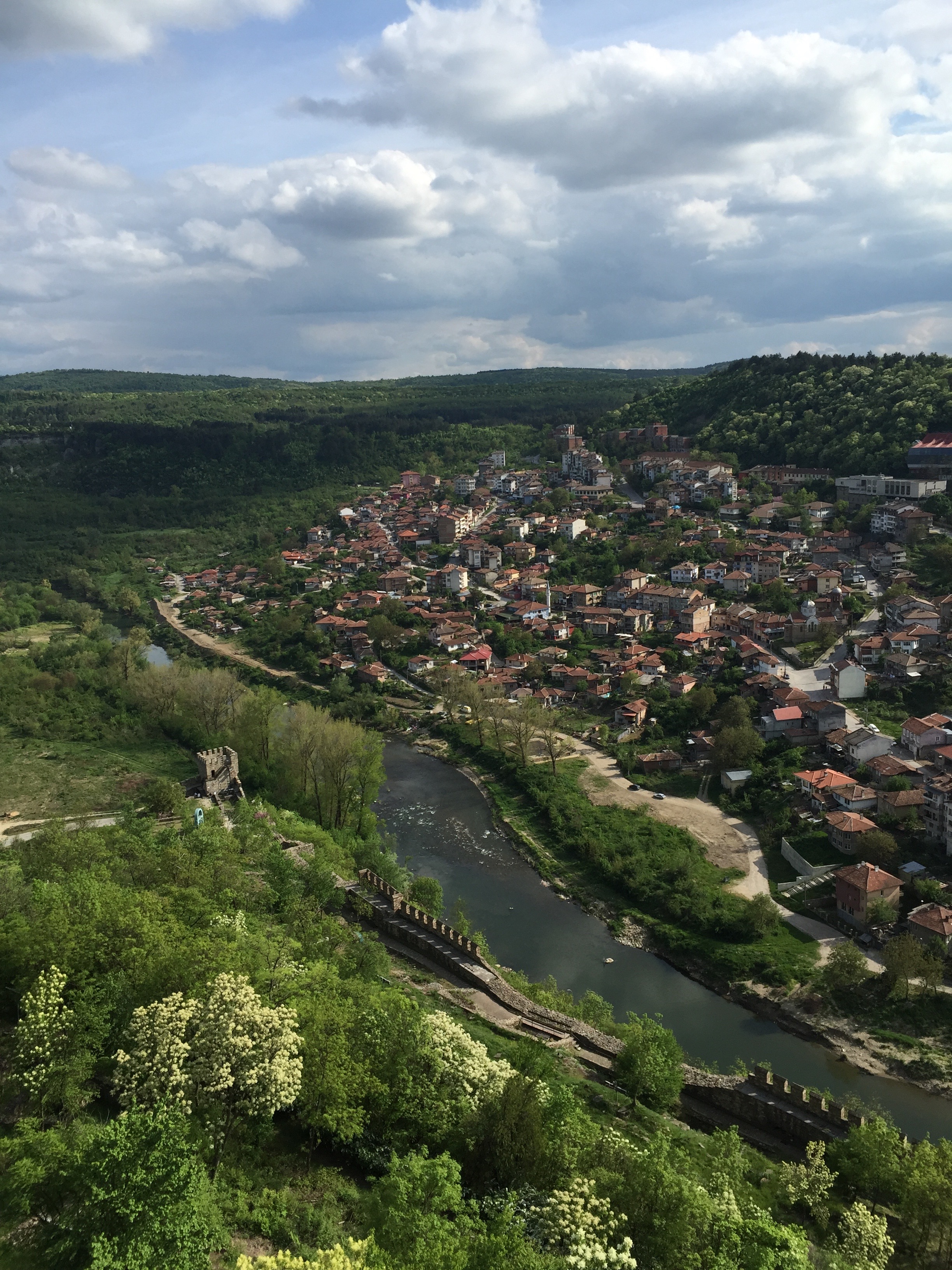 The Yantra river snaked through and nearly encircled the whole town.

Pulling into Veliko Tarnovo, was probably one of the most awe-dropping 5 minutes we’ve had all year. Of course, we did a little research about the place and looked at a few pictures, but what we saw live was beyond all expectations.

That’s the thing about expectations… Not to say we didn’t think Bulgaria would have a lot to offer, but it had not been hyped up by anyone – to be honest we actually had never met anyone who’d traveled there! So we came in with a blank slate. And often times, when you give yourself the space to enjoy and be surprised, rather than anticipating what’s to come, that’s when you have the most positive experiences! 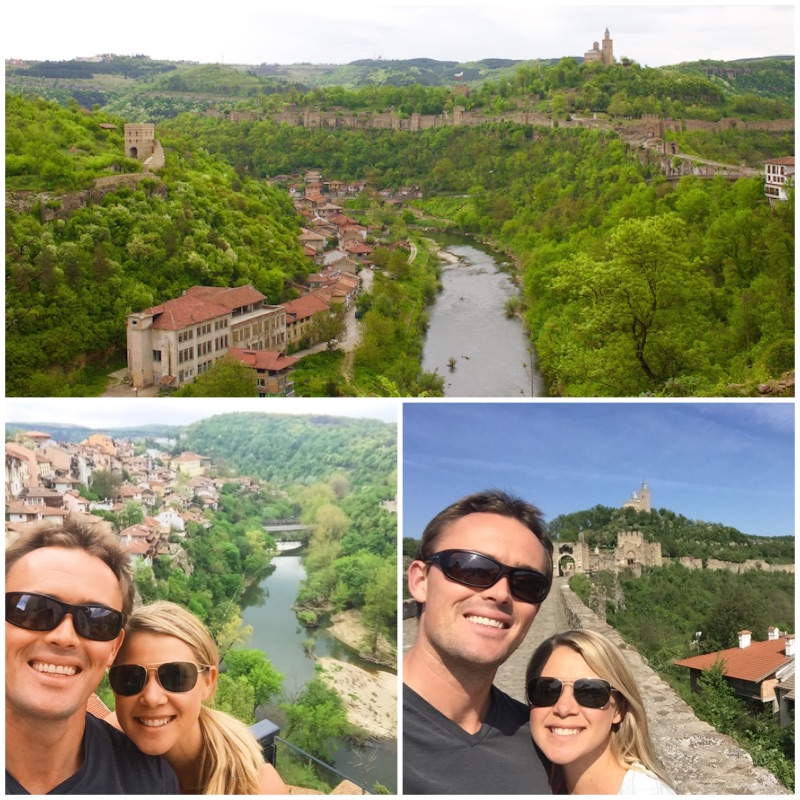 That being said, Veliko Tarnovo BLEW.OUR.MIND. (actually, all of Bulgaria did, but more on that later). The landscape consisted of a winding river set below lush green hills that were dotted with castles, fortresses and houses that appeared to be out of an Italian coastal cliff town. It’s actually said in Veliko Tarnovo that directions are given up or down rather than left or right, due to all the small staircases throughout the town. 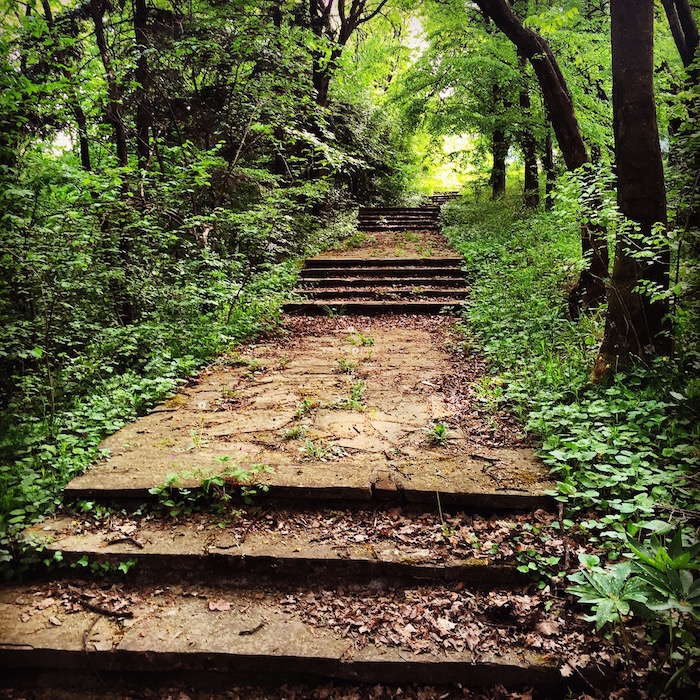 To add to our pleasant surprises, we arrived to our Airbnb to see that it had two of the most amazing balcony views we could imagine! One overlooking the craft street our apartment was located on, and the other looking over the valley. The below view wasn’t even listed when we booked the place! 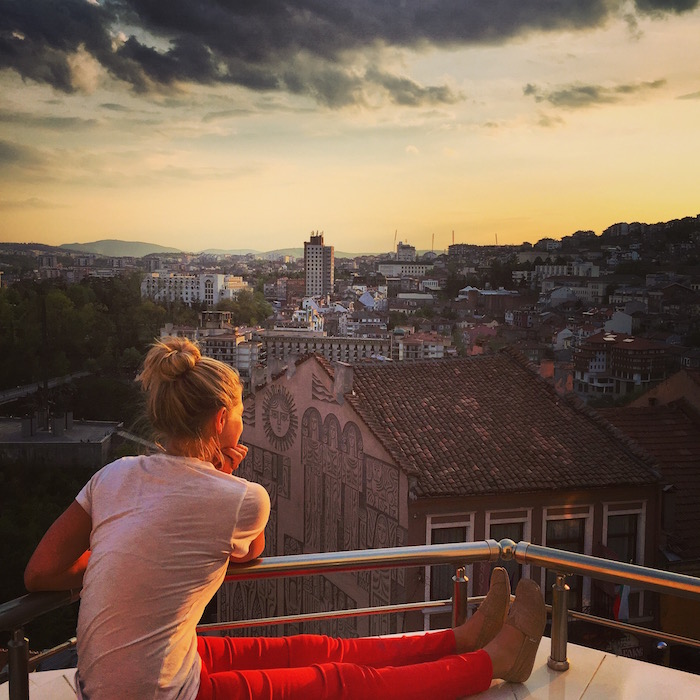 We learned a ton about the incredible history and current events in Bulgaria and the pride of their people, thanks to an amazing free walking tour that covered culture, history and street art (we had no idea free tours existed in most cities – we now search them out!). We also came to love and appreciate the food, especially the undiscovered (and under celebrated!) Bulgarian cheese and yogurt (it most certainly rivals, if not trumps, that of Greece). 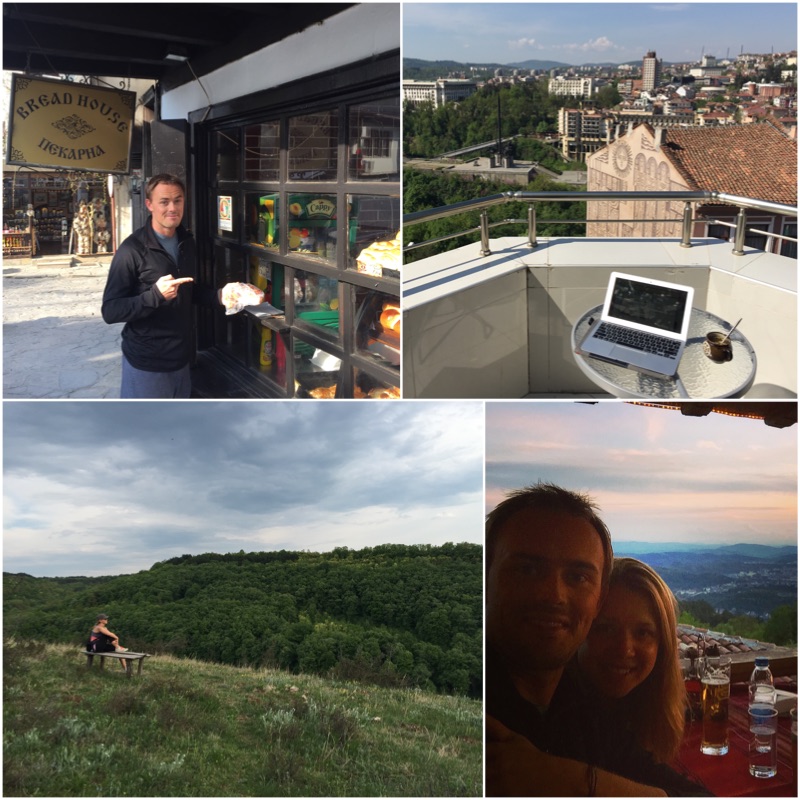 If we had to describe our time in Veliko in a few short sentences, they would be: 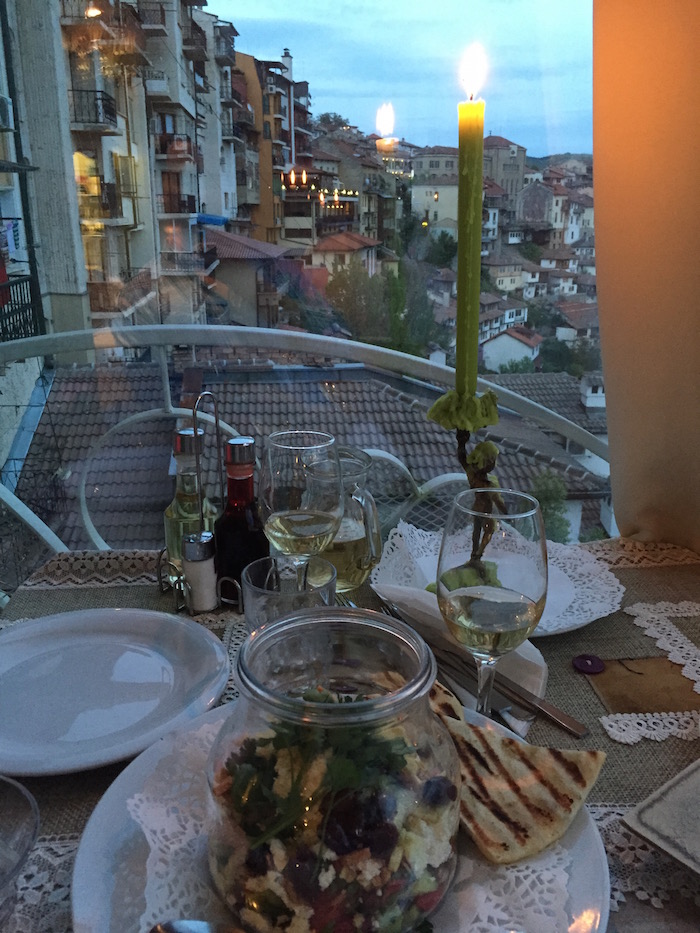 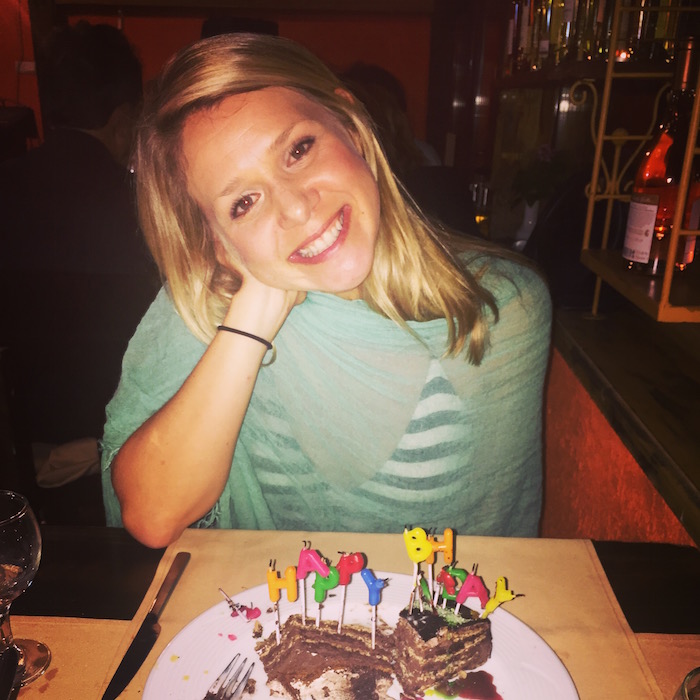 When we thought about this trip, we always envisioned getting to Italy on by May 2nd to celebrate our decade-long dream of living in Italy for Chelsea’s birthday. Well, the Schengen rules had other plans for us… Which left us trying to re-create the dream of visiting Lake Como for Chelsea’s 32nd birthday in Bulgaria. Not necessarily the easiest of tasks given shoulder season in the lesser known country of Bulgaria. 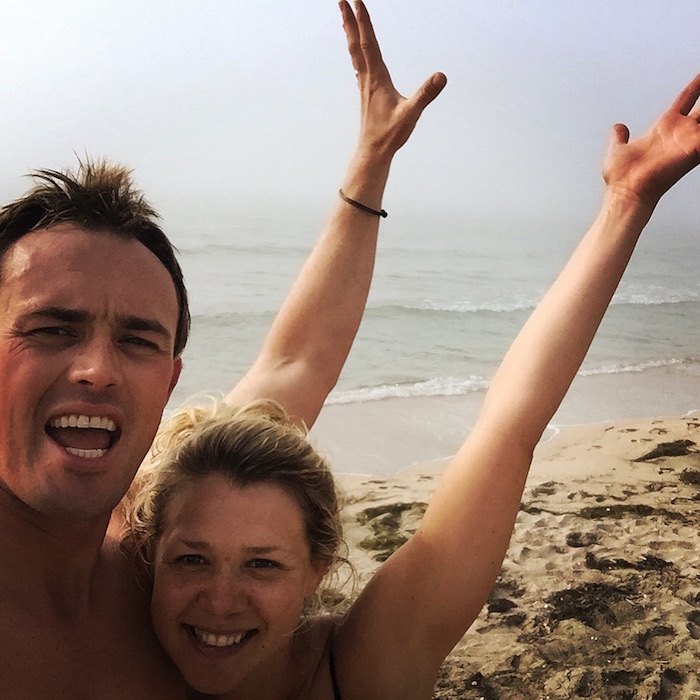 We wanted to stay in a hotel for a few nights as a treat and looked into everything from hotels in the wine country (pretty much non-existent despite Bulgaria being a huge wine producer), to staying at a rural guesthouse, to more of a spa/wellness/yoga retreat (also pretty non-existent). 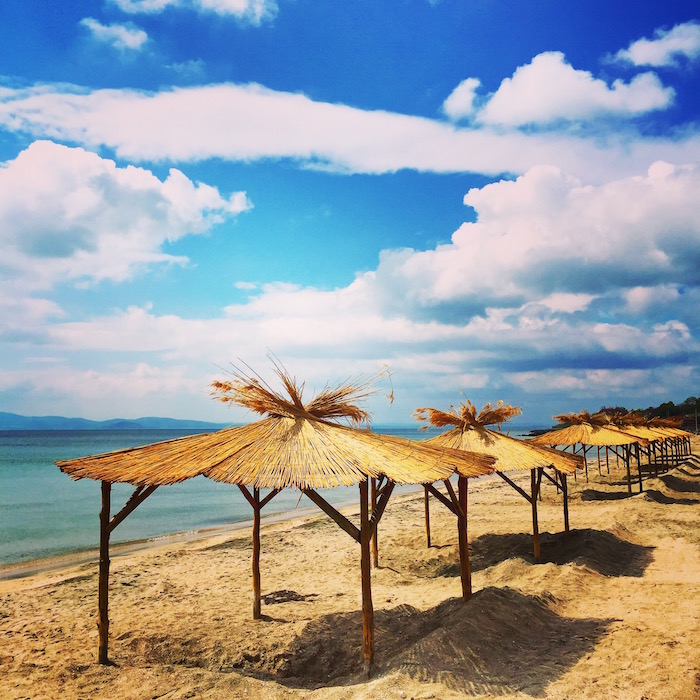 We ended up in the beachside town of Pomorie. Chelsea loves the water and wine, and there was the added bonus of a steam room at the hotel. Little did we know, that the sea in Bulgaria is incredibly seasonal!!!! Our stay ended up being amazing, but us Californians were a little surprised when we went for a walk on the beach to see not a soul in sight and everything boarded up as if they were preparing for a hurricane! Welcome to off-season. But we made do… 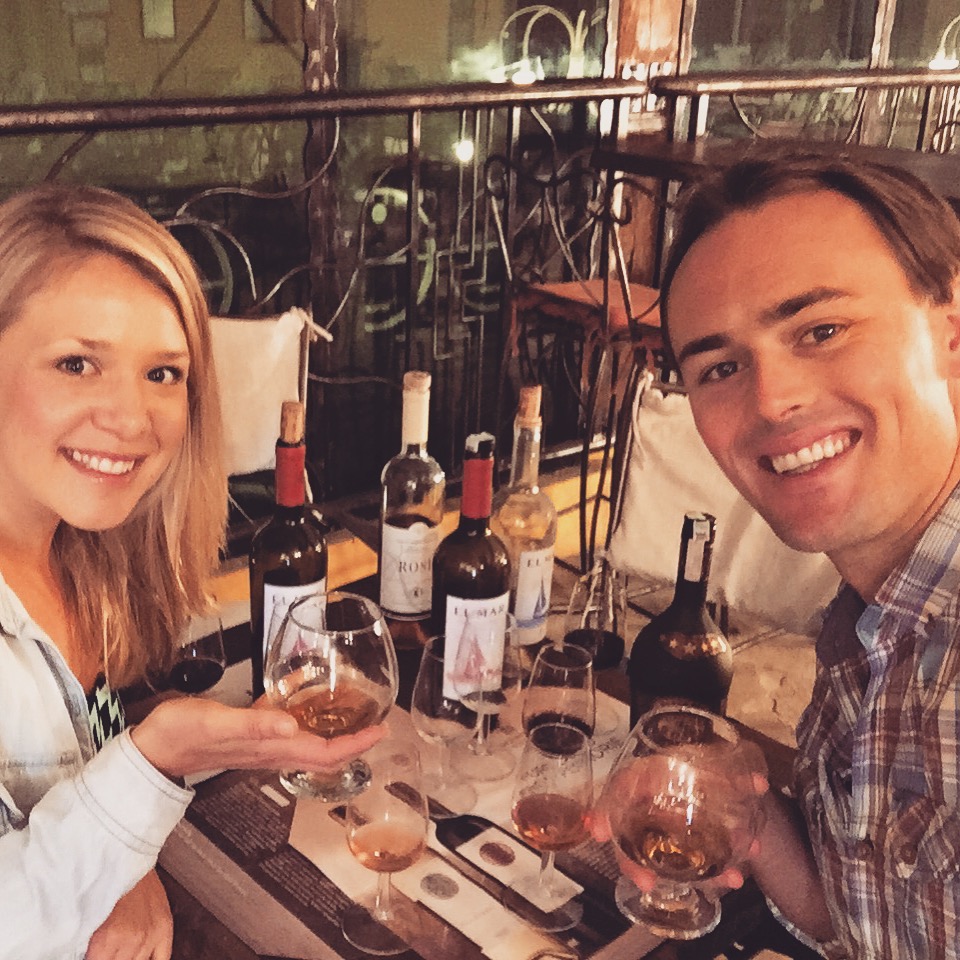 We ended up having a few amazing nights there where we enjoyed a little wine tasting, some very cold dips in the sea and a couple of dinner’s out. Then, still trying to force summer, we arrived in our next off-season town a few kilometers down the road… 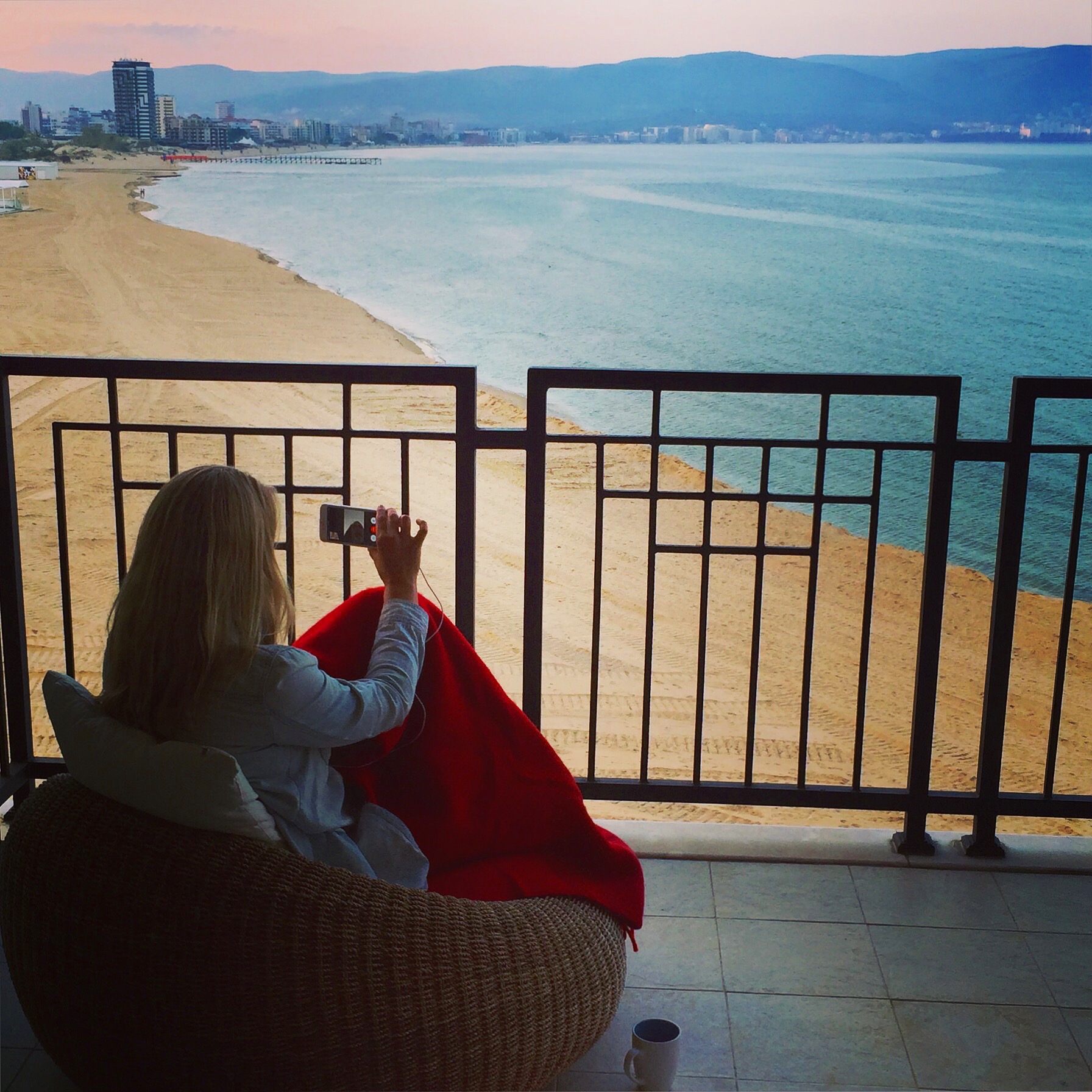 We rented an awesome apartment, but once again were pretty much the only people as far as the eye could see. Everything was boarded up, restaurants closed, pools empty (or full of slime green moss) and tractors moving rocks and combing the sand – not exactly what we were expecting. Definitely good for getting a little work done, but a little challenging to those who were already feeling a “little far from home.” But then we wandered down the beach a bit to find… 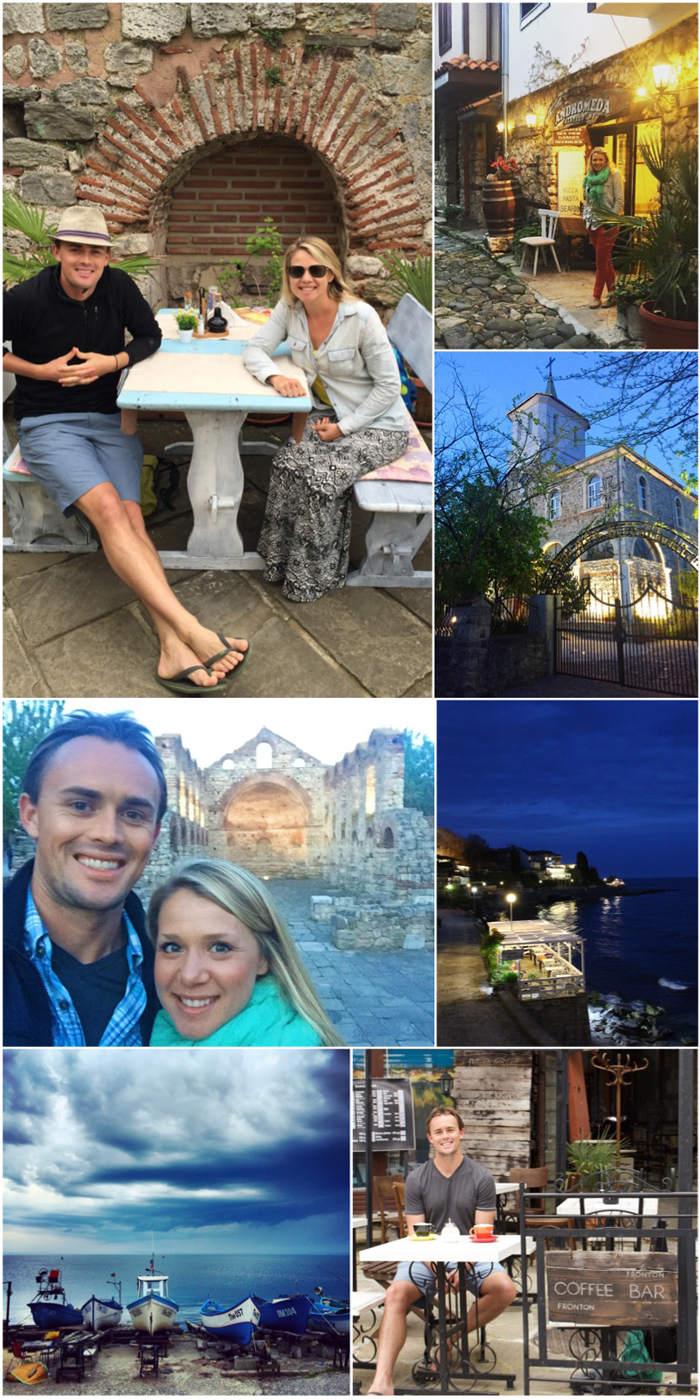 Our saving grace was being positioned a short walk from the beautiful old town of Nessebar, that to us felt like a mixture of a small Greek town mixed with an old Italian fishing village. We absolutely LOVED it there and even caught a national holiday that included many over-served fishermen/sailors about to head out to sea! 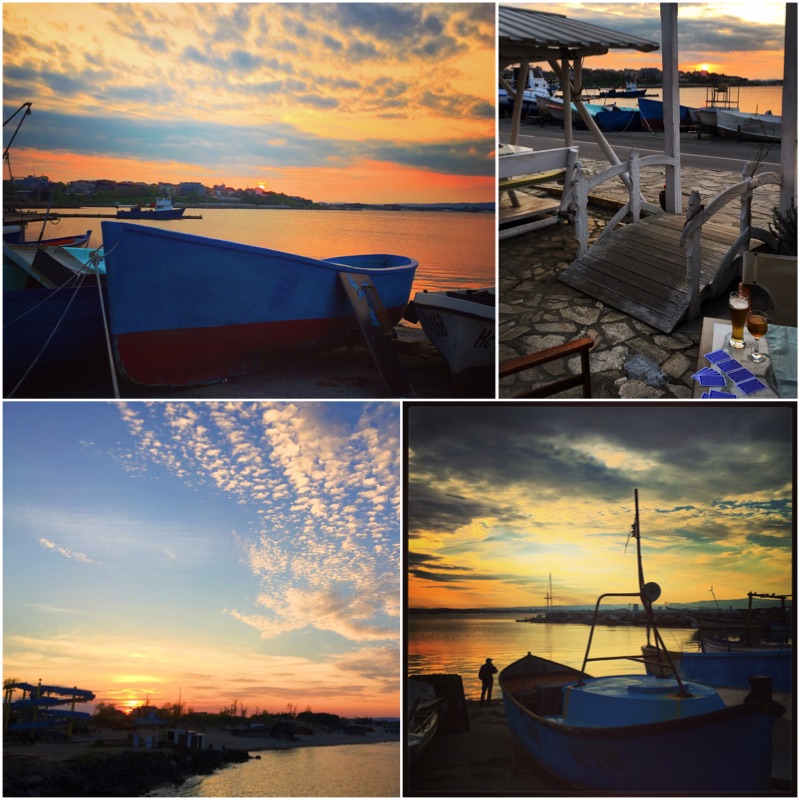 We caught up on a lot of work, listened to the sound of the waves crashing outside our window and enjoyed daily walks to our friendly little town that happened to boast beautiful sunsets! We had delicious food (and our best ice cream all year – Raffy!), sat in perfectly positioned seaside restaurants and wandered aimlessly among the cobblestone streets of the old town, which was more like an island connected by a small road. 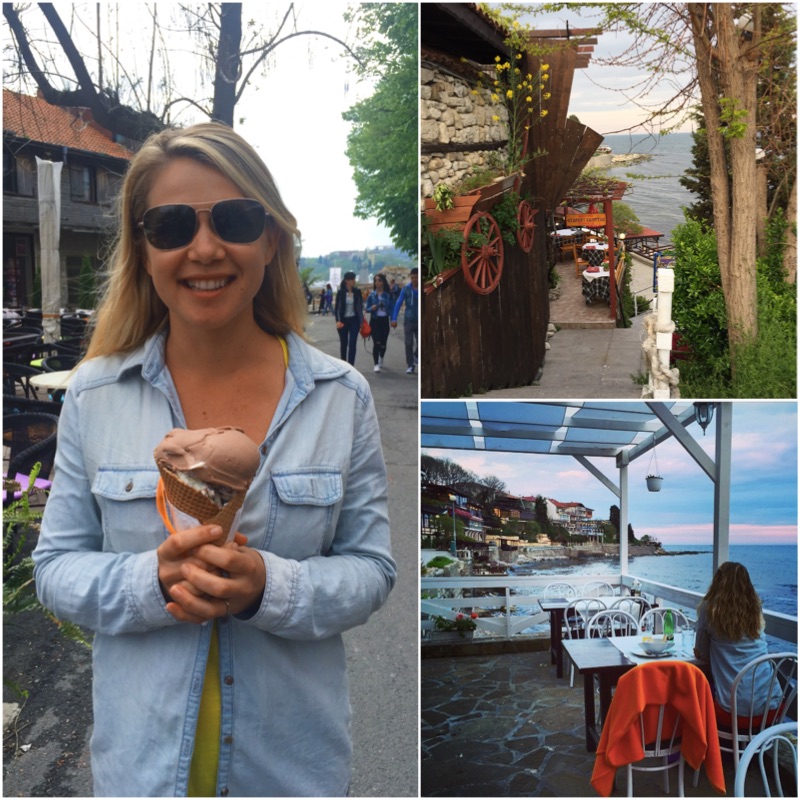 After learning that the Bulgarian trains can be a little unreliable and a lot dirty, we decided to trade in our train tickets for a bus pass as we headed to our next destination, Plovdiv (one of the oldest inhabited cities in Europe!), to stay in our first hostel in ten years, but more on that to come…

P.S. If you’re in Italy over the next few weeks, let us know!